Hello all! Welcome to another build, this one drawing inspiration from one of my favorite franchises and is my entry into the Crossworlds 2019 build event. Hope you enjoy! 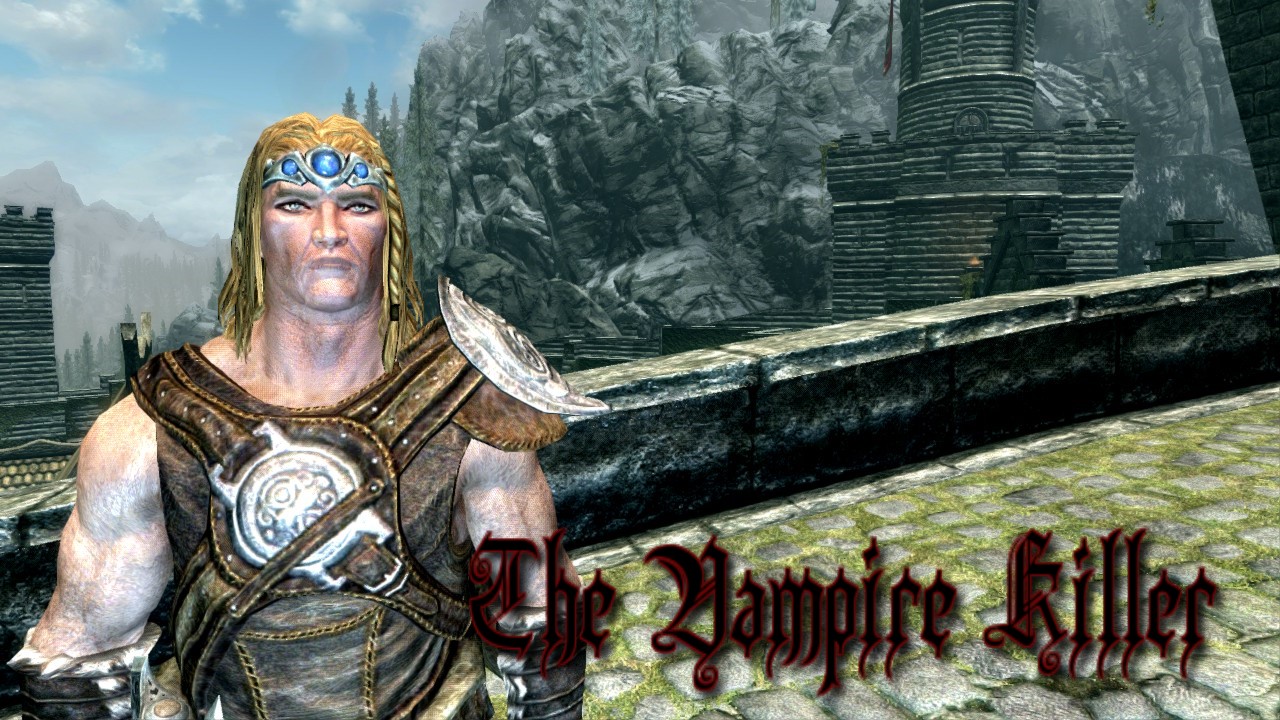 People cannot be ruled by power alone! The sacred, the honorable, the loved. Those things can rule humanity. Something evil will eventually fall to ruin!

Any race of man works for this, but I choose Imperial due to the Voice of the Emperor as well as the starting bonus to Restoration.

The Lord Stone is the choice stone for this build as it gives you extra damage and magic resistance with will help in your crusade against the demons of the night. Also consider The Atronach Stone and The Lady Stone. 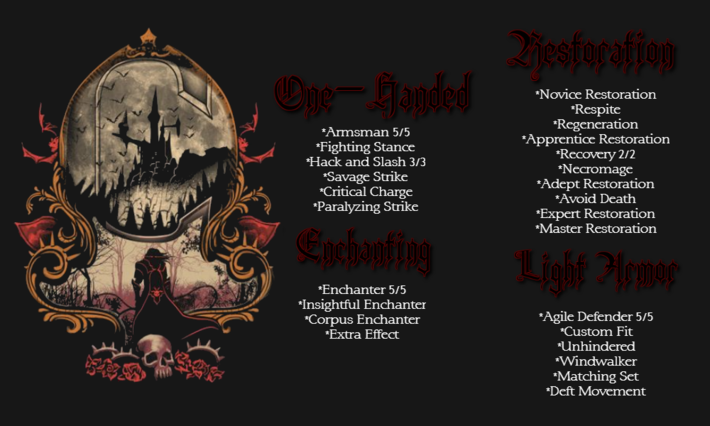 One-Handed: This skill tree helps augment your main weapon, The Dawnguard Rune Axe. The Axe has an innate enchantment of dealing Sun Damage to Undead, which will help in your battle against the undead.

Enchanting: The tree is used to buff the enchantments on your armor as the axe already has an innate enchantment. You’ll also want to get a Circlet of Magicka. The exact enchantments for the armor are detailed later in this section.

Restoration: This tree is used to buff out your secondary form of damage, your spells. These include Sun Fire, Stendarr’s Aura and Vampire’s Bane. You will also want to pick up some self healing spells. Within the tree itself, the Necromage perk gives you bonuses against undead and the Avoid Death perk gives a great contingency plan.

Light Armor: This tree is used to help out your Studded Armor, Fur Bracers and Fur Shoes. You will want to enchant the armor with  enchantments such as Fortify Health, Fortify Stamina and Fortify Restoration. You may also include enchantments that increase your other skills that you deem relevant to your playthrough. 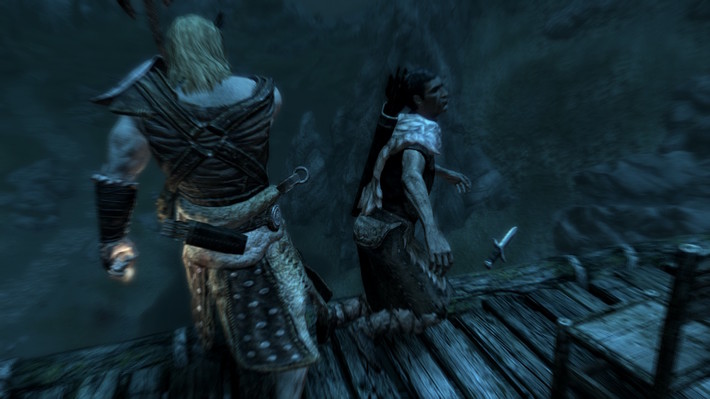 As an obvious start, you will want to join The Dawnguard and complete that questline as well as most of the side quests. You are a sworn defender of light and slayer of evil and working with the Dawnguard will help you on your mission. You might also consider joining The Companions as they help protect Skyrim. You should also complete quests that will help you root out more supernatural evils in Skyrim, such as Destroying the Dark Brotherhood, The Pale Sword and The Wolf Queen Awakened. Within combat itself, you want to focus most of your rage into the defeat of your undead foes first. You have nice protection from attacks via your perks and standing stone and shouldn’t hesitate to use that to your advantage and charge into battle.

Thanks for reading yet another build by yours truly. Feedback is always appreciated. As always, many thanks to Pixel for all the work he does to make my builds possible and to make this event possible. Make sure to check out the other builds in this event and look out for my next one, coming soon.