Most of my builds are very heavy on the lore and roleplay. I love creating characters to fill the world and don't often use flashy new mechanics or mods.

The Buoyant Armiger. A Dunmer champion of the late Lord Vivec, a roguish archer with crusader magic.

The Squib. An elf born without magic, who resorts to using staffs, scrolls, and other magical gadgets to compensate.

The Last Sorcerer Queen. The final hope of the scattered surviving Ayleids, a powerful politician who seeks to restore their old empire, a child of Meridia and starlight.

The Pale Lady. The ghost of an ancient Snow Elf, seeking vengeance on the heirs of Ysgrammor. It pushes Become Ethereal to its limit.

Shamans of Skyrim. A triple-threat build of three shamans: spiritual leaders of their tribes, a supporter class with DPS potential. Forsworn, Orcish, and Skaald flavours.

The Hand of Almalexia. A sole survivor devoted to the Tribunal god, Almalexia, a powerful warrior with a host of battle strategies.

Divayth Fyr. The wizard-lord of House Telvanni, a mer of mythic proportions, and consumate survivor.

The Vengeance of House Hlaalu. The vampiric consumate survival of Crassius Curio, the once-jovial author of the Lusty Argonian Maid.

The Incarnate. My first build, and take on the Nerevarine of Morrowind, a champion of the Dunmer.

The Werelion. An evil Khajiit "shapeshifter", consumed by Namiira of the Darkness, staying alive through supreme health regen.

The Mane of Elsweyr. The consumate leader of the Khajiit, uniquely gifted and cursed by the Twin Moons.

Fang of the Dominion. A Khajiiti Thalmor soldier who becomes slowly disillusioned with the organization.

The Snow Prince. A champion of the Snow Elves and paladin of Auri-El, with a unique soul gem/alchemy magic.

Azra Nightwielder. The original Shadow Mage, harnessing the power of multiple dimensions and playing with the sci-fi aspects of TES.

The Knight of the Imperial Dragon. A corrupted Imperial legionaire, spurred by her newfound power as a vampire and a Tongue.

Order of the Lily. Paladin of Dibella, who follows down a twisted path of beauty.

"Thanks, Ponty! It did feel a little daunting, but the lore was a lot of fun to delve into. "

"Thanks! I had a lot of fun with the playstyle, it was much more sneaky than I'm used to. I'm glad to be back!" 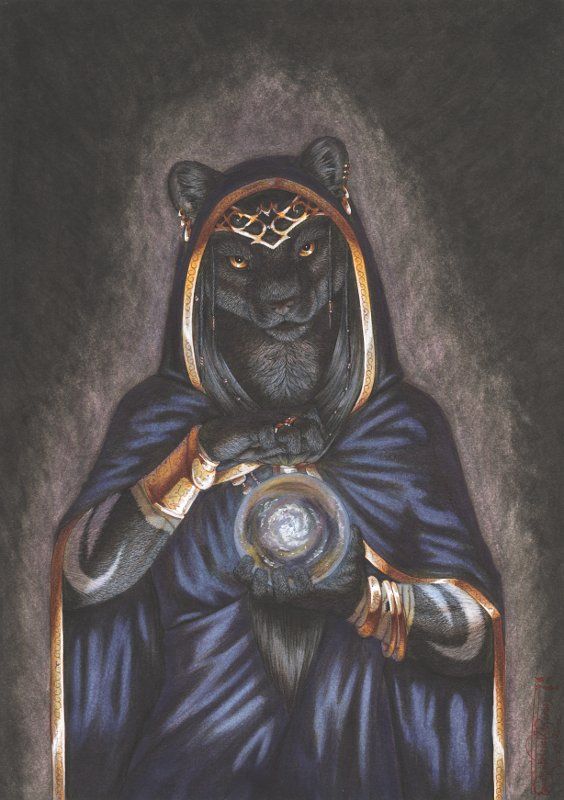 It's been a very long time since I've posted a build. I don't even wanna think how long. Either way, I'm back with a shiny new Khajiit build with tons of lore and roleplay. Check out my profile for the rest of my builds.
Special thank you to Teccam…
See More How did you find this community?

Years ago, I joined the Tamriel Vault (then, Skyrim Blog) and followed the same crew around TES sites.

What Elder Scrolls games have you played?

What Fallout games have you played?

Do you get to the Cloud District often?

No, but my sick character builds do. So much lore and roleplay that they pretty much build themselves.