INTRODUCTION
Hey everyone hope all is doing well I wanna take the time to thank you for taking the time out of your day for checking out my very first build here on the Skyforge, I have been lurking on here for 5-6 years so It was time for me to come out of the shell and join the community on posting some of my ideas. Any Ideas or Recommendations will be gladly appreciated. I hope you all enjoy it and Stay Safe!

The Forst Heart is a spellsword a deadly combination of swordsmanship, Frost Magic. Freeze anyone standing in his way. The Frost Magic not only inflicts damage but also causes the enemy’s stamina to drain, not replenish or weaken this allowing The Frost Heart to move in swiftly for a deadly powerful blow with his Greatsword. the wielder’s Knowlege of a Skilled Altmer trained by the Sword, Enchanting, and Magic will make a very nice well rounded Spellsword. 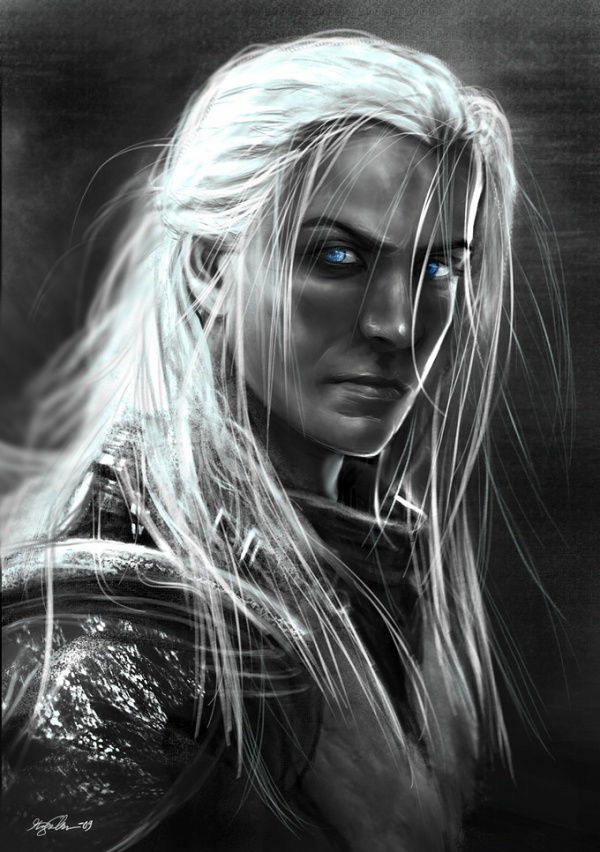 The Companions: After helping the college Farion seeks out the companions, hoping to push his limits on his swordsmanship, after joining and climbing through the ranks very quickly he will find out there is much more at work here, Farion will become a werewolf to help the companions but will cleanse his soul of hircines curse.

A New Source of Stalhrim: quest given to the Farion by Deor Woodcutter, in the Skall Village  The Thalmor have kidnapped the Skaal village blacksmith, known as Baldor Iron Shaper, and want him to reveal how to forge weapons from Stalhrim

Dragonborn: Farion is attacked by a group of cultists from Solstheim after reading a mysterious letter for them to kill him, he will travel to the oldest city in Skyrim in search of a captain, there he will hire him, and then sail out to Solstheim and seek out this threat, while Farion is there this is where he will stumble across an ancient material called Stalhrim he will mine this material and seek out a blacksmith worthy of crafting his newly found armor and sword idea.

Boethiahs Calling: Destroy all the cultists at the shrine of Boethiah, take revenge!

Black Book(s): Epistolary Acumen: Farion returns back to with his newly found equipment, looking for the person responsible for the attack he stumbles across a black book, not knowing the power of this artifact or what it is, each book grants Farion great powers. Each book he collects causes the Knight of Trinimac to slip even more of his humanity.

Civil War: SLAY ALL SIDES SLAY EVERYONE SHOW SKYRIM THE TRUE WINTER! FEEL THE WRATH OF  THE WRAITH OF THE NORTH.

The perk overhaul used will be the Orinator perks of Skyrim. All mods will be linked to the nexus below in the mod section.

Fairon Choices to wear light armor, allowing him to have full rain of his agility, protection and get buffs while entering combat.

Fairon was trained in the arts of swordsmanship he never took a liking to onehanded swords preferred to use his unique strength to slay his enemies on the battlefield, while wearing light armor this will allow him to quickly land a powerful blow and back out of combat to set up another attack.

Fairon was always an apprentice mage, he never took a liking to shock or fire magics, taught in the arts of the Frost magic Farion will seek out the College of Winterhold to study more knowledge an increase his arsenal of spells even farther.

Fairon seeks out a well know Enchanter in the College of Winterhold by the name of Sergius Turrianus an Imperial instructor there Farion will train under him to unlock special perks into increasing the power of his blade.

Fairon seeks to raise his Alteration and increase his armor, resistances to magic, and he will also radiate debuff that will prevent enemies from regenerating this will also stack with a new ability he picks up while being at the college.

Soon Farion will push his magic knowledge even further, he will have magic that will heal his wounds will come to in battle, these will also regenerate miss stamina.

Farion wields a massive blade, this blade will allow him to take some of the biggest blows from the creatures of Skyrim an even up to the strongest Orcs and Nords. Blocking will be a good utility to keep Farion safe in close quarters combat.

The spells Farion will be equipped with are from 2 different mods, Mysticism (M) will Overhaul all Vanilla Game spells and will also add in some new spells, and Apocalypse Magic of Skyrim (A) IMO the best Skyrim Magic mod to ever come to the Nexus. NOTE: This build can be played without mysticism I'm just using the mod for a vanilla spell overhaul and the Regeneration spells offered by the mod.

NOTE: For Mysticism rare and powerful spells hand-placed as loot throughout Skyrim. Sybille Stentor, Falion, Feran Sadri, Festus Krex, Florentius Baenius, and Tavlas Fathryon now sell Expert spells for their respective schools of magic. Sun magic and Ash magic are only available from the Dawngard and Tel Mithryn, respectively. New spells will become available when you complete the Restoration and Alteration ritual quests. Some of the most powerful spells in Mysticism can only be acquired by finding them in the world, in many cases guarded by powerful bosses! A special vendor in the College will have a rotating inventory of spells that are otherwise unavailable, in case you want to try your luck. Farion will have a wide arsenal of frost damaging spells, and debuffs that will be self-cast.

NOTE: Apocalypse is seamlessly integrated into Skyrim and through vendors.

Icy Spear: Farion's choice of range spell this will allow him to impel his enemies for x amount of Frost damage and also damage to health/Stamina.

Frozen Orb (A): Will be used in Farion's special moves.

Blizard: Kinda weak spell early on but will be used to set up some of Farion's special moves later on.

Sleet storm (A): Farion's most powerful spell due to damage output and perks.

Standing Stone The Apprentice: Farion starting standing stone perfect for early an even mid-game this will allow him to cast cheaper and will help become a hybrid early into his journey.

Standing Stone The Shadow: Farion end game choice of the standing stones, this stone will allow him to awaken the true speed that lingers in him

Racial Ability: Farion will be given a quest to pluck 40 wings off butterflies to unlock Contingency, Farion will find butterflies outside of Whiterun and in the Tundra.

Deity Trinimac:  Farion begins his journey to seek out Trinimac to continue his swordsmanship and become a lethal swordmaster.

“Slay humans. Defeat epic foes. Never accept Boethiah's blessing or serve her. Those skilled in Two-Handed are most deserving of my favor.”

Farion will unleash the Wrath of winter, All those stuck inside will receive crazy amounts of frost damage to their health.

Farion will unleash an icy stream of deadly frost magic all those hit by it will take extreme damage from all the destruction perks.

Farion With his upgraded Frost breath shout will allow him to freeze his enemies stopping them in their tracks,  Next, follow up with a VERY high DPS spell such as Sleet Storm to finish the enemy off.

Farion will strike fear into the hearts of his enemies, becoming a wraith-like being, strike hard and fast while the blizzard traps all inside.

Farion can dash up to 75 feet this will allow him to follow up with a massive power attack with his greatsword.

NOTE: Shadow Step is really fun and can be broken, I only use this to setup Wraith Shadow or when I'm goofing around.

-Stalhrim Greatsword - Frost Damage  NOTE: Will not use a second enchantment due to taking spell scribe perk.

Wintersun - Faiths of Skyrim- A gameplay overhaul that will allow us to pick a deity to worship and gain unique powers.

Andromeda - Unique Standing Stones Of Skyrim - Overhaul to the standing stones this will allow us the shadow stones abilities it offers.

Summermyst - Enchantments of Skyrim - Adds many enchantments that are used in this build.

Imperious - Races of Skyrim - Adds a unique quest for abilities, and each race has there own starting stats and strengths.

Apocalypse - Magic of Skyrim - Adds many badass spells that are used for this build.

Immersive Armors - The armor used with this build is Glacier Glass Armor, Used the MCM menu to makes the armor Light.

Honed Metal - This allows us to hire enchanters, and blacksmiths where we use no crafting, use the MCM to enable double enchanting.

Skyrim Revamped - Complete Enemy Overhaul - This build can flat outlay the smackdown any overhaul that makes the make difficult is recommended.

Ultimate Combat- Another personal favorite add many moves to enemies in Skyrim.

Warmth - A Light Armor Replacer - Tired of the ugly goofy-looking early light armor this will make them better looking.

Alternate Start - Live another life - This will allow us to arrive on a boat in solitude.