The swashbuckling adventurer reaches into the burned remains of her adversary - Miraak.  But when she irresistably pulls the dead rebellious dragonborn's sword out, the worst occurs.  The laughter of Hermaus Mora echoes in her mind as tendrils from the sword slowly start creeping over the skin of her arm.  The adventurer attempts to discard the sword but the worst occurs.  Horribly, her idividuality is soon lost as the tendrils enact their horrible vengeance, completely controlling the maiden from their source in the sword.  From this point onward, the sword and the argonian woman are inseperable. 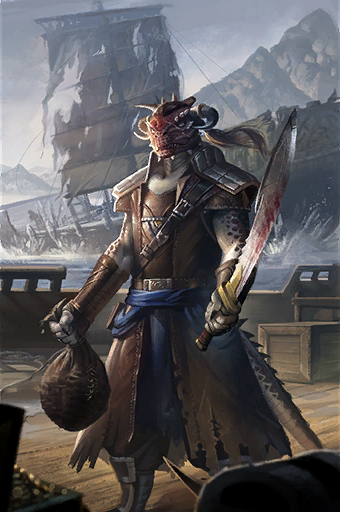 Stone: The Atronach / The Lord (with the Aetherial Crown)

Her name is lost to her own memory, but Hands-of-Gold was the most powerful Pirate Lord of the North before she met her fate.  Lightly armoured, with her rapier and buckler in hands, she had gone from an escaped runaway prisoner to the Dragonborn of Skyrim.  She had assumed that there was some Dragon in her Argonian heritage, explaining why she only had horns on her head instead of feathers, and a Dragon's soul.  But just as inexorably as she was drawn to the island of Solstheim, she would learn her true heritage.  Through some awful union as one of her ancestors swam deep in the sea of Tarmiel, it was actually the Kraken, a draconic relative of the Lurker, whose genes had passed on to her.  Thus Hermaeus Mora hoped, as it actually came to pass, that the Dragon blood would arise again in mortals and raise for him a new, and far more obedient, champion.

Late Game (lvl 61-81): Miraak's Sword, Orcish Shield (fortify block, magic resistance), Miraak mask or Aetherial Crown, Miraak's Robes, Gauntlets and Boots, Ring and Necklace (Fortify One-Handed/Sneak) or Ring of the Erudite, Amulet of Talos. This may put you past 100% magic absorbtion in which case you may take some Cultist Gauntlets and Boots, improve the gauntlets with smithing, and enchant (fortify one handed, fortify sneak).

Alternatively, one could do Dragonborn right away and ignore the swashbuckling leveling, but Miraaks' equipment would become much weaker.  Or, if using console commands, you could cheat the sword into your inventory (PC only) and start out the playthrough in service to Hermaus Mora.

One-Handed, take the the center lines and the Bladesman perks.  Alteration: Everything but the Master alteration perk is useful.  Sneak: Two perks, Sneak 1/5 and Assassin's blade.  In using bucklers the Block perks seem somewhat overpowered and break immersion, but you may take Quick Reflexes and possibly the right side of the tree.

As far as crafting goes Daedric smithing and arcane enchanter will allow us to upgrade Miraaks sword.  Grinding crafting is useful for powerleveling, and goes much easier if we invest perks in it, but we can reset these perks with the power of the Black Book: The Winds of Change.  We may also want to use the atronach forge to create some daedra hearts from human hearts and black soul gems in order to smith up the sword, but we would have to be conjuration level 90.  From the enchanting tree it may be useful to keep one rank in Enchanter and the Soul Siphon and Soul Squeezer perks to keep Miraak's Sword topped up.

You will have lots of spare perks in this build after you have maxed crafting and reset the trees.  Spend them on the other magic schools. 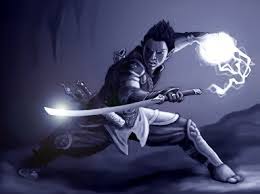 This build plays as a normal warrior/spellsword until level 60.  That said, there is basically one way of dealing with nearly everything.  With your scimitar in your right hand, you will cast sparks, lightning bolt, and thunderbolt from your left to deal with mages and dragons.  This is why the fortify destruction enchantments are so useful on your chest armour and headgear.

Lightning cloak and lightning staves are also effective choices for certain sitations, and a staff of the storm atronach from the atronach forge can be a lifesaver.  As far as shouts go Unrelenting Force is the way to go. Meditate upon it, and Dragonborn Force it, and use it against those pesky archers if you cannot close the gap with Whirlwind Sprint.

Finally, with any spare magicka cast level appropriate flesh spells to up my armour rating before entering combat.  If there is water nearby, use the Argonian waterbreathing to sneak/swim into an ambush position.

To obrain the early Scimitars do In My Time of Need and side with Saadia.

Do the Taste of Death quest to roleplay the fact that one time, your marooned swashbuckler tuned cannibal.

Do the main quest at least until after the Party at the Thalmor embassy.  Same goes for the No One Escapes Cidna Mine quest, just to roleplay having Miraak's Sword attached to the hand and (never being forced removed by gameplay or quests).

Enter the Companions but eventually cure your lycanthropy, nothing can come between you and service to Hermaus Mora.

Enter the Thieves Guild in order to make a tidy profit in Skyrim, but you may not wish to become a Nightingale and thus serve Nocturnal in Death.

Entry into the Dark Brotherhood is a must, at least get as far as when the Katariah spawns for Windshear (which is found on the bowsprit).

It also may seem a bit wierd, but she also joined up wth Ralof in the beginning and sided with the Stormcloaks.

Do the quest Lights Out! and make Broken Oar Grotto your new home.  This is your key quest and why you are flavored so anti-imperially.  You don't need to bother with Rise in the East - the Blood Horkers are on your side, though they do work for Tolbjorn Shatter-Shield and he abuses his Argonian Dock-Workers...

As far as Dawnguard goes she has no desire to owe her soul to Molag Bal either so whichever side she picks, be sure to cure your Vampirism at the end.  Siding with the Volkihar, however, offers you a chance at the Ring of the Erudite, though you likely enchant your own better gear by level 60+.

Curing both Lucanthropy and Vampire Lord before doing Dragonborn makes the roleplay of this build more believeable.  Transformations remove the sword from you hand, after all.

You may also wish to use mind-control spider scrolls and roleplay this as throwing squid spawn on your enemies past level 60.

After level 60 also stop summoning Storm Atronachs and instead summon a Seeker (possibly creating a Staff at Tel Mithryn for doing so).  There is an exploit wherein at, say, 95% magic absorbtion, a seeker will not likely summon, but it will refill the magicka bar allowing you to cast more thunderbolts.  Keep the staff and spell hotkeyed to make this easier.

At level 60+ play through the Mages College.  This makes it much more difficult and makes roleplaying a swachbuckler turned Seeker easier.

After level 60 things are more different.  Consumed by the deisre to possess knowledge, play proceeds in largely the same way, except in picking up every book you find everywhere that you go.  You may take a housecarl along in order to load them up with books.  You will finish the Dawnguard if you haven't already and keep the Elder Scrolls.  You will complete Lost to the Ages and Unfathomable Depths.  All the books in Skyrim will find their way into chests in your homes, and you will buy every spell tome as you can from the mages at the college and the Dunmer apprentice in Tel Mithryn.  It may be most flavourful to keep every book in the chest in the home on Solstheim.  Finally, you will carry all the Black Books you have collected on your person (and you will succeed in collecting them all!) 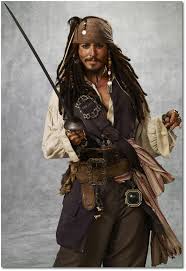 There are several mods on the nexus that provide rapiers.  With an animation mod they can be fun to use for the swashbuckling.

There is also the Immersive Weapons and Armours mods which provide Bucklers as well as the light Seadog Armour and a huge assortments of Cutlasses and Scimitars.

For those who use body mods, there is also another way to play this: you can wear a C5Kev's Animated Living Armour mod (from his patreon) and simply cheat your way to 100% spell absorbtion by using an Elixir of the Healer before taking the Atronach Stone and the Atronach perk.  This way you will be able to see the tentacles wrapping your character, if you're into that sort of twisted thing.  It is a little cleaner with the Argonain Race though than it would be with other races and the body mods.  But it is a little tricky to set up all the requisite mods, such as HDT, heels sounds, XP32 maxium Skeleton, SkyUI, skse, and HDT Physics Extensions., so it very much may not be worth.

100% spell absorbtion is a goal of this build so that Miraaks' sword will never be disarmed by a Draugr Deathlord.

This is a very high level build.  It may be advantageous to power level you way to 60, getting as much training as you can and ignoring the equipment suggestions and some questlines.  There are tips and tricks for powerlevelling everywhere, so I won't go into detail here. 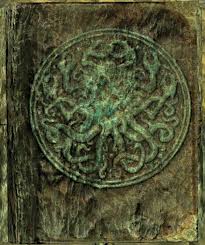