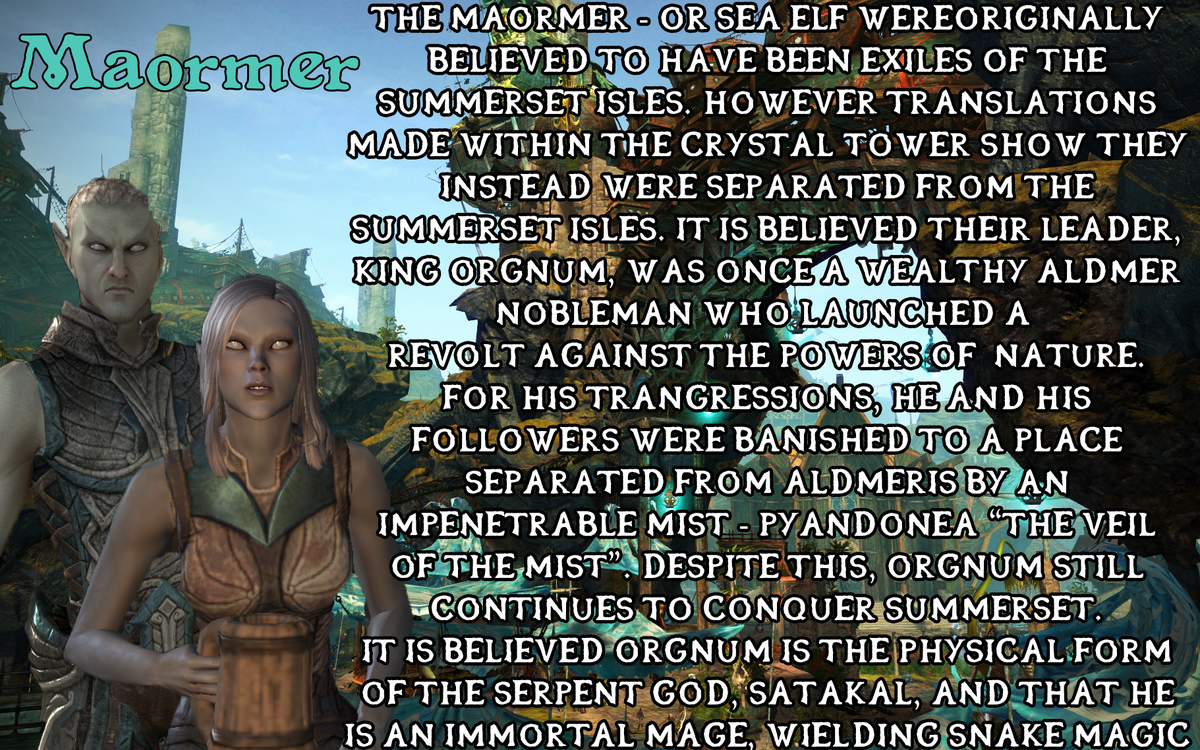 The Maormer - or Sea Elf - are a breed of Aldmer thought to have been exiled from Summerset long ago. Translations of tapestries made in the Crystal Tower show that their leader, King Orgnum, once a wealthy Aldmer Nobleman, tried to use his power to rebel against the land itself, seeking to conquer Summerset. For this, he and his followers were banished to a place that was completely separated from Summerset by an impenetrable mist, Pyadonea, "The Veil of the Mist". This mist prevented Orgnum and his followers from being able to again invade Summerset. It did not, however, stop them from raiding the coast line. The culture of Maormer, thanks to Orgnum, is a deep rooted hatred of all Altmer and the desire to conquer Summerset. Orgnum himself seems to have attained a sort of immortality, actually seemingly growing younger as the years go by. Maormer, including Orgnum, also wield terrible Snake Magic, heeding to the belief that Orgnum, the immortal Maormer Sorcerer, is in fact the physical manifestation of the Serpent God Satakal.

This reply was deleted.
E-mail me when people leave their comments –
Follow