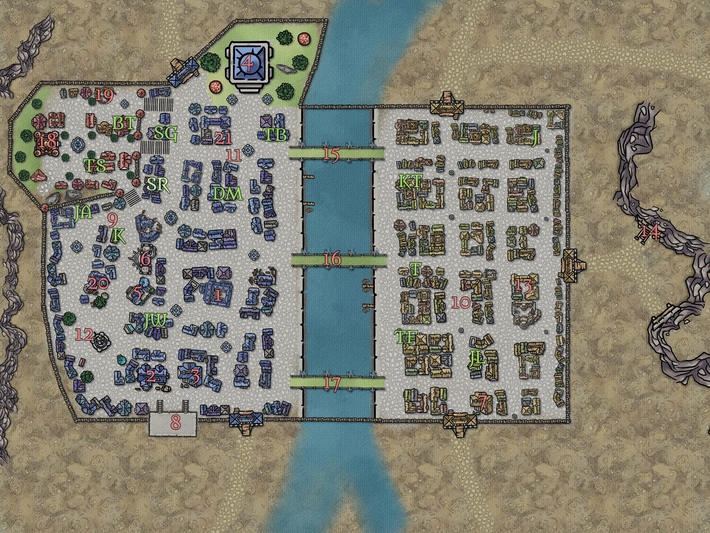 Most of the episodes of Daria in Morrowind take place in the city of Balmora. As such, I though it would be helpful to create a map. I used Inkarnate, which is an excellent service. Unfortunately, this limited me to a more typically "medieval European" tileset (they did have one that closely matched the adobe buildings of the game, but these were done at an isometric angle and I found them difficult to work with). So just use your imagination and re-cast the peak-roofed homes here as the flat-roofed adobe homes typical to Hlaalu architecture.