Backstory : "Marion no ! » the reverberation of her voice in her coffin woke up Selena Vitalli. Always the same nightmare, the moment when the darkness came inside her heart. The loss of her partner and the fall of the Hall of Vigilants, all these thoughts continued to haunt her. She felt so weak, without a goal nor hope. Joining the Dawnguard seemed to be a good option; a suicide mission. All that changed when she met Serana, awoken from her long slumber. She gave off strength and charisma beyond her imagination. Becoming a vampire after hunting them for so long why not after all, she had nothing to lose. She embrace this un-life with all her will finding a thirst she never knew. The taste of the blood invigorated Selena's undead body. The life she took warmed her being giving her more strength . The gifts of Lord Harkon were great but even he was nothing compared to her new god. She swore to become his most faithfull servant; The Vigil of Molag Bal. 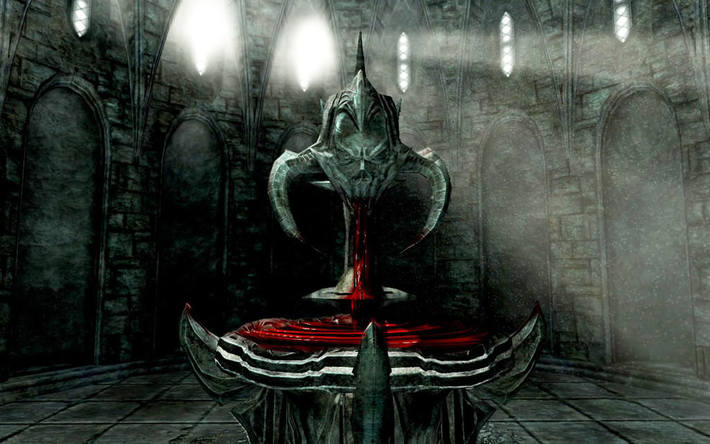 Circlet of your choice enchanted with fortify conjuration and alteration

Ring of your choice with a regenerate magicka enchantment

Collar of your choice with fortify one handed

Once your join  Harkon you evolve with an eviler style

Leveled robe of conjuration (master is the best)

Amulet of the necromancer

Ring of the erudite

As vampire marked for death,soultear , summon Dumehviir and and drain vitality.

Gameplay : Play as a vigilant until you got the necromage perk hunt all evil force  or undead with your mace. Your are depressed and angry every risky mission is good for you. Once you become a vampire you will be hungry for more and more power start to use spells forbidden like necromancy or summon soul cairn minions.Don't hesitate to use range  shout or the vampire lord form your character will be prettty weak in close combat (specially against a group of two handed vigilants).

Quests : main until Dragon rising to unlock the shouts, College of Winterhold to get access to the trainers, unfathomable depths ( to boost your AR) and most important Dawnguard Volkihar side.

Closing note : as you probably noticed it's a pure vanilla build but feel free to add some mods to spice it at your will. This build can be hard at the begining but once you become a vampire , oh boy , it's fun to play i hope you will enjoy it as i did . 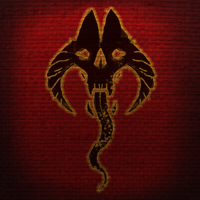