Her attire comes in two sets: Her battle attire and her attire she wears in cities.

Battle attire: Saviors hide, Stormcloak officer Helmet, Gauntlets& Boots (You can get them near Riften) with the ring of Arcana, for sword you have two options The Pale Blade or Harkon's sword, The Necromancer Amulet.

Backstory: Potema's Vessel was born at the end of the Great war, she was raised by two very loyal soliders of the empire. She lived near the blue palace and was seen as a quiet but strange girl who claimed to hear a silent voice in her head that was very demanding telling her to go to a cave outside the city. She was fascinated by the history of Solitude and would read any books she could on the subject. In fact she would read any tome she could get her hands on, especially in the conjouration school. Little did her parents know that included the art of Necromancy.

As the years past the voice got louder and louder but still ignored it, as it was with old age her parents passed away, feeling alone and needing some income she decided to take odd jobs as a spellsword. She was always naturally talented at electric magic. One day when she returns home a place from her childhood came up in the royal court, the Wolf cave. After years of ignoring the voice she goes to the cave and before she realizes the voice has possesed her. The spirit of Potema controls the build now.

Quests: The Man who Cried Wolf, I'll met by moonlight, Seige on the Dragon preists, The Pale Lady (if you decide to use the Pale Blade), The Wolf Queen awakens.

Roleplay: Buy&Become Thane of Solitude, Only stay in solitude when it comes to buying the house. Once the Wolf queen awakens quest is finished don't return Potema skull and keep it in your inventory as a way of Potema keeping the connection between her spirit and the host.

Qoute: "I Potema have returned!" 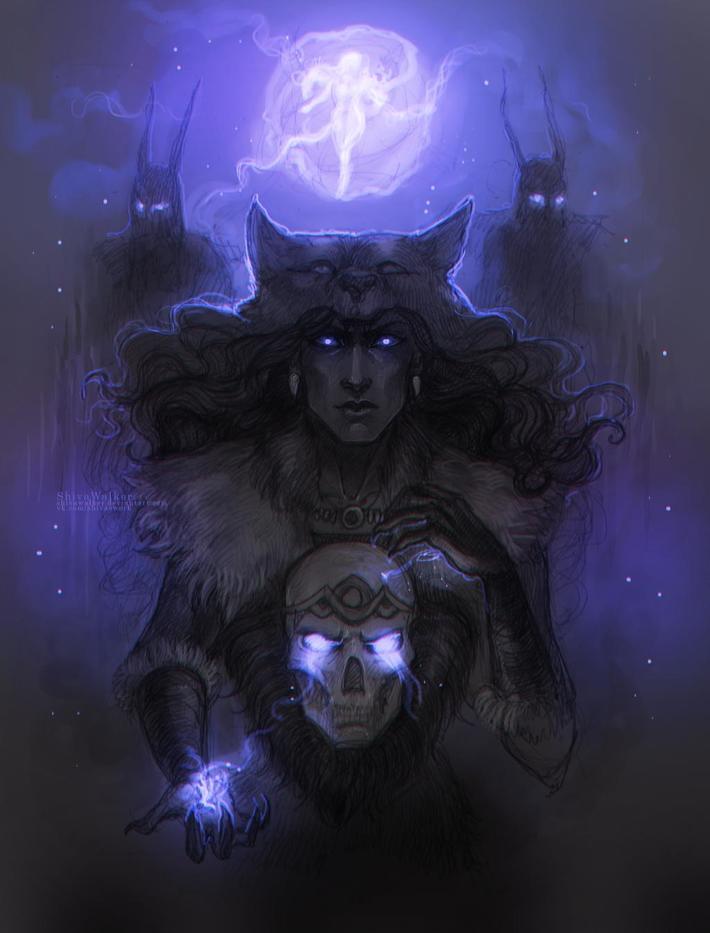