Originally a pencil drawing of just the pod plant, it evolved becoming on the third version, a pod plant with a base in acrylic inks. After some fiddling around in GIMP for a while, and the addition of a daedric pedestal, it became this unusual centrepiece that would not look out of place in any Daedric Prince's home. 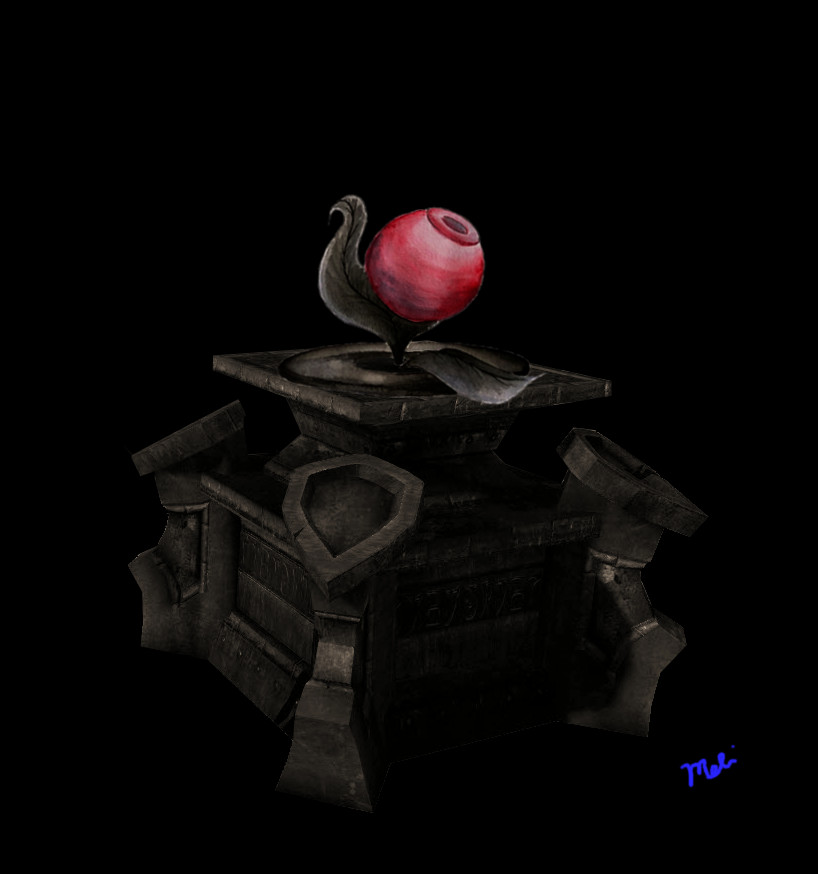