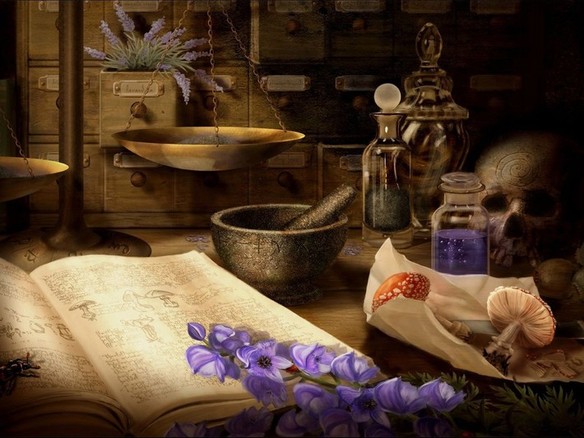 WHAT UP JABRONIS IT’S SHOWCASE TIME.

Put on your big person pants because with the amount of potions you are going to ingest you will literally crap yourself in excitement from all the role changing and on-the-spot “respeccing” while out on the town in the province of Skyrim. Y’all been juggling multiple skills like a drunk entertainer since 2011 but this build brings simplicity by diving head first into that round, wooden table we know as the Alchemy Lab. Screw safety goggles. You ain’t got the time.

"They draw closer every day. Every time I think I've shaken them, they somehow pick up my trail once more. I need to be more unpredictable, more untraceable. I've invented some new cocktails that should throw them off for a little while... assuming they don't get me killed. But I don't have a choice: I need to keep running, keep morphing, keep changing... Otherwise I'm through."

Shadon's The Chameleon is a smart take on the ‘elusive’ jack-of-all-trades concept that promotes players to shift their playstyle as fast as they can drink a powerfully brewed concoction. Flexible on race, birthsign, spells, and shouts, this build screams of the namesake it has been given.

Shadon’s stamina gains and Ordinator infused build makes the power of alchemy shine by temporarily creating a new class from battle to battle if you so choose with little don’ts and lots of do’s.

I applaud Shadon’s creativity with this personality and gameplay shifting build. When I offered to write up this week’s spotlight I only had this in mind. Great job Shadon and you readers best go check this build out and then play it!

Tags: shadoncase
E-mail me when people leave their comments –
Follow