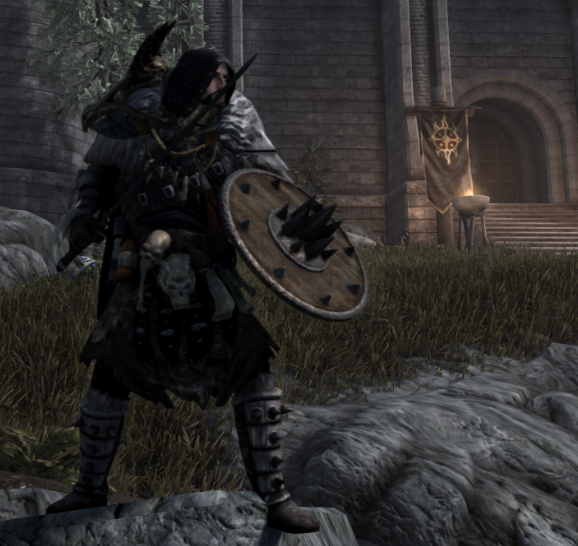 Hey guys, after a long hiatus we're back again with more Character Build Showcases! For those of you not familiar each week we'll be prominently featuring a build on the home page. It could be any build. It could even be your build! But for now lets get down to business. This week's feature build has been the talk of the town in our Discord channel and its the Mage Hunter by Shadon! As is tradition at this point we'll start this showcase off with an excerpt from the author himself.

"This is my first-ever build that I've posted anywhere, so I wanted to keep things simple. Like, really simple. So simple in fact, that things got back to complicated. I had noticed that the majority of witchhunter builds ended up using a ton of magic to fight magic, in a become-the-thing-you-hate-most sort of way, and while I'm a sucker for irony, I wanted to try out something I had never done before: a no-magic build. The Mage Hunter is thoroughly disgusted by magic, and will avoid it whenever possible, including spells, enchanted gear, and potions. This highly-aggressive approach against magic brought with it a few problems, which I had to delve into an often-neglected aspect of the game to overcome "

The Mage Hunter isnt your typical witch hunter. Whereas most witch hunters use magick to fight magick the Mage Hunter casts aside any and all magickal spells and augmentations, and comes at his spell slinging foes with martial prowess more formidable than any spell they can throw at him.

The perk overhaul Ordinator features a number of defensive perks that mitigate or even nullify enemy magick. All of which are accessible to and make sense for a character who refuses to use magick of any kind. The Mage Hunter takes advantage of all of these perks and is a deadly adversary to any mage. In lieu of potions to heal the Mage Hunter uses the often neglected cooking system to craft health and stamina restoring meals.

Much props goes to Shadon for creating such a fun and interesting build on his first attempt. The Mage Hunter presents both a fun, unique challenge and a clever new take on a classic Elder Scrolls archetype. If you haven't checked it out already click the link above to check out the Mage Hunter.

As always, don’t forget to leave a like and/or comment on the build if you enjoy it.

Next week, it might just be YOUR build that gets featured so keep building friends!