The Death Knights - Three builds in one; each deathknight unique in their own way. The Scourge cleaves enemies with the merciless power of frost, the Blight decimates foes with unholy plague, and the Accursed twists the very laws of mortality. A collaboration w/ Ben W

The Maleficar - A powerful blood mage and summoner who may sacrifice life essence in exchange for dominion over incredibly powerful daedra.

The Lusty Argonian Maid-  Seductive, charming maid by day and daring master thief by night. With nothing but her wits and charm this lusty lizard is constantly a step ahead of both enemies and admirers.

The Hex Blade - A spellsword who specializes in weakening foes with crippling debuffs and terrible curses, forcing enemies to fight a mere fraction of their full strength.

The Dancer of Two Moons - A khajiit monk and master of both Rawlith Khaj, an aggressive hand to hand fighting style with tremendous damage potential, and Bojutsu, a stalwart defensive style utilizing a quarterstaff. A collaboration with John/Teccam.

Riften's Most Wanted - Step into the role of a man who embodies everything we love to hate about Riften, and lie cheat and steal your way to the top of the criminal underworld. A collaboration with Raidriar

The Wolf Spider - A silent and deadly cannibalistic assassin who commands an endless swarm of vicious man eating spiders.

The Shadowcaster - A decoy and ambush specialist, and lethal assassin. Summons minions from the shadows to act as decoys to confuse and distract enemies, leaving them wide open to vicious tornado of slashes.

The Infiltrator- A master of stealth, sabotage and close quarter combat. The infiltrator is the go to assassin when utmost discretion is required and failure is not an option. Few can keep up with the infiltrator, fewer still ever see him coming.

The Brute- A good defense is a strong offense. And what better offense is there than crushing enemies into a fine paste with one swing of a massive warhammer? The Brute is a fast paced, heavy-hitting juggernaut that cannot be stopped once he gains momentum.

The Nightreaver - An unholy anti-witchhunter and master of necromancy. The Night Reaver wields a bound bow with ungodly speed and precision, and can turn an arrow ridden field of carnage into an army of loyal thralls. Witchhunters beware. You are being hunted.

The Healer - A faithful recreation of the Healer class from TES IV: Oblivion. This healer is skilled at keeping friends alive, and bashing a few skulls in along the way. Healers relieve pain, but aren't afraid to dish it out in equal measure! A collaboration with Shin Jin & Lozhar of the Tamrielvault.

The Force Adept - A powerful pure mage capable of creating "gravity wells" which rapidly draw in magicka. The result is an arcane powerhouse that can launch massive salvos of high cost spells while enjoying constant and near instantaneous magicka regeneration.

The Berne Vampire - The Berne are a shadowy clan of vampires hailing from Vvardenfell where they are locked in a bitter struggle for supremacy against the Aundae and Quarra clan. Their mastery of shadows make them especially fearsome adversaries.

The Samurai- A master swordsman of peerless skill and discipline. Employing both single and dual blade fighting styles in perfect harmony, the samurai makes for a powerful and versatile duelist.

The Dark Sovereign - A collaboration with Raidriar. Our take on the ever popular death knight archetype and a truly dark creation. With the ability to grab enemies from afar and sow chaos within enemy ranks, the Dark Sovereign is a malevolent force of destruction like no other.

The King of Worms - Forget everything you thought you knew about evil, and step into the role of the most insidious darkness to ever befall Tamriel - Become none other than Mannimarco, himself. A collaboration with Raidriar 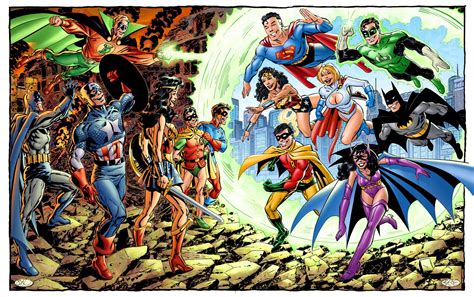 It’s time for another Skyforge building event. and for this event we are choosing tradition over innovation: we’re bringing back the Crossworlds concept for our CROSSWORLDS II event, beginning today and wrapping up when builds are “due” for…
See More 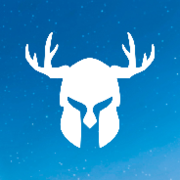 I'm the one who made it.

Bitch, I own the Cloud District....