A sub section of the ESO group focused entirely on build discussions. 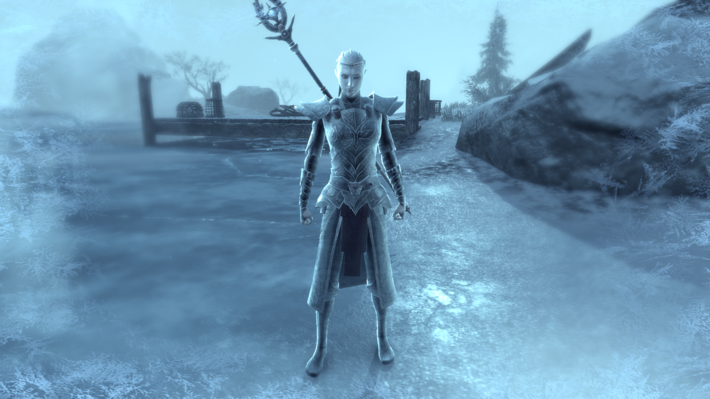 Welcome to the site's first ESO character build in quite some time. Hopefully this sparks some other folks to start posting builds of their own!

As a general note—I am not going to post “meta” builds here; there are plenty of websites and channels where you can find those builds. For me personally, I’d rather post thematic builds that are fun and creative and can still be effective across a lot of game content. I think that lore, creativity and storytelling are strengths of this community, and I hope to start seeing builds from folks that bring those strengths to life.

Disclaimer: I attribute a healthy amount of the ideas in this build from Hack the Minotaur’s recent Cold-Blooded build. He is an EXCELLENT content creator and ESO build creator, I highly recommend checking out his channel and website.

Since Greymoor was announced, I’ve wanted to put together a build that exemplifies what we know of the Volkihar clan. Based on TES5 lore, we know that Harkon and his brood have lived for thousands of years, so we know that they are around in some form or another in the 2nd Era.

What do we know of the Volkihar? They love blood, and they love ice. Their breath is described as able to freeze their victims’ blood in their veins; many of them purportedly live within the ice of frozen lakes, and they are able to burst forth from the frozen depths to capture unsuspecting travelers attempting to traverse the ice. From that foundation, it was not a big leap to develop a blood-and-frost themed build. The build offers a great combination of damage, crowd control and self-healing, and I’ve found it to be a ton of fun and very effective. 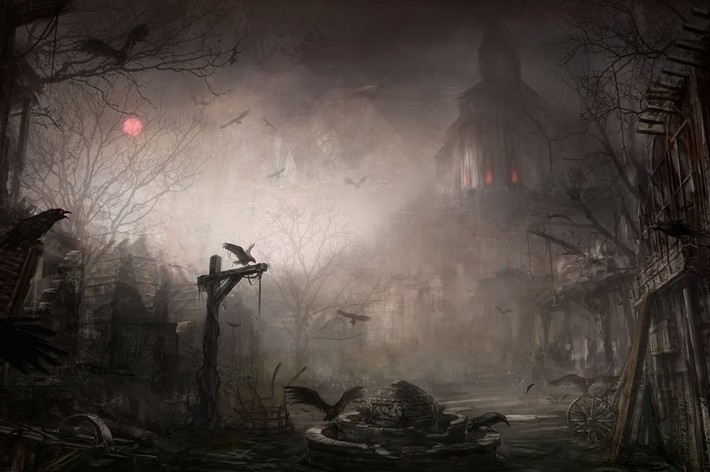 (Quick note: Let me answer all of the “will this work with a wood elf” questions at once: The answer is "yes." You can change whatever you want. Being a magicka warden and a vampire are required, and the gear sets are what bring the build to life, but go nuts and use this build however you choose!)

The warden is the only class in the game that offers a full frost magic toolkit. While a nightblade may seem like a more stereotypical vampire, wardens are really the only choice for a cryomancer-vampire.

A high elf would probably work better, but from a lore standpoint it seemed more logical for a Breton to fall in with the Volkihar clan (Castle Volkihar is near the border to High Rock). High elves offer slightly better damage, and Bretons offer better sustain; this build has no problems with sustain at all, so Breton is like a 2nd choice mechanically but 1st choice for lore. As I mentioned, any race can work, some will just have slightly better stats than others.

These skill lines are the ones used in the skill bar, and light armor is the primary armor weight used. There are a set of passive abilities that all characters should have, such as Undaunted passives, alchemy and provisioning passives, your racial passives, etc.—by learning the basic mechanics of the game you will quickly learn what these are!

A bonus with this build is that if you are leveling a new warden, you can get the primary damage skills you need (Blood for Blood, Deep Fissure, Unstable Wall of Frost, Winter's Revenge) by level 10 or 15 pretty easily. So you can run those skills as you level, and use your other six skill-bar slots to work your way up to the higher-level buff and support skills that will make you much stronger when you're fully leveled.

These are both viable options, buffing critical damage and penetration respectively. If you are running around solo I would use the Lover stone, in groups I’d use the Shadow (because your tank will be debuffing enemy armor).

Food/Potions: You will be getting Major Sorcery and Prophecy from your skills, you can just use cheap Magicka trash potions, which is a nice way to save money! For food, the ideal is Artaeum Picked Fish Bowl, but it’s very expensive to make. Standard bi-stat blue food like Solitude Salmon-Millet Soup works 97% as well. For immersion, you can use the Purifying Bloody Mara drink, which is another health/magicka boost consumable, and - well, it’s blood and you're a vampire, so drink deeply... 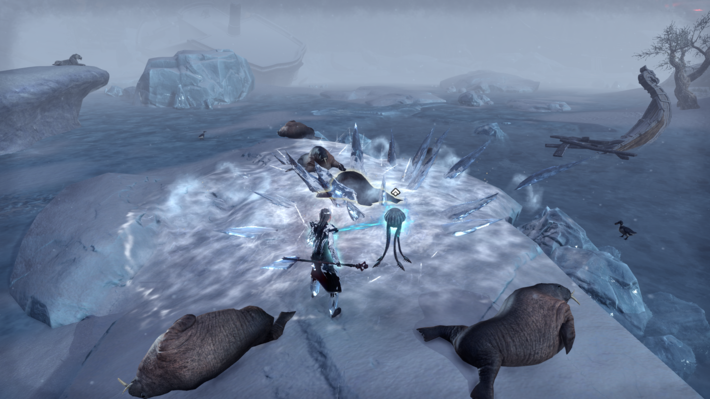 OMG look at her just wreck these horkers! Volkihar just doesn't give a ****

5x Hollowfang’s Thirst: The 5-piece bonus on this set creates an exploding ball of blood whenever you do critical damage or critical healing, that returns magic to you and allies, and increases your healing received. EXTREMELY effective for sustaining health and magicka, this set procs constantly. Set is obtained in the Unhallowed Grave dungeon from the Harrowstorm DLC, normal or veteran difficulties.

(If you don't have access to Harrowstorm, it’s sad that you won’t have balls of exploding blood. But you can use any other magic DPS set here that offers some recovery, I’d recommend Bright-Throat’s Boast and using Purifying Bloody Mara drink to activate the Bright Throat bonus.)

5x Winter’s Respite: The 5-piece bonus on this set creates a massive field of ice on the ground whenever you cast a ground-effect ability, that heals you and allies for about 2400 per second for 10 seconds. It also procs constantly as you are doing your rotation. Obtained overland in Western Skyrim, or on guild traders. Easy to get.

2x Iceheart: Bonus for this monster set procs a healthy ice shield that protects you and does AoE frost damage. It used to be stronger but it’s still quite solid. Like the sets listed above, this one has extremely high uptime. Helm obtained in the Direfrost dungeon on veteran difficulty, shoulder piece obtained with Undaunted keys.

I set this up with dual frost staves, and a frost enchant on the front bar staff. Frost staves and enchants are objectively bad choices for a damage dealing character, compared to fire or shock. But this build is all about AESTHETICS and IMMERSION. Plus, the frost staves provide add a ton of crowd control value; this is not just appropriate for the theme of the build, it’s also really effective and fun when you are soloing to just paralyze everything you fight. 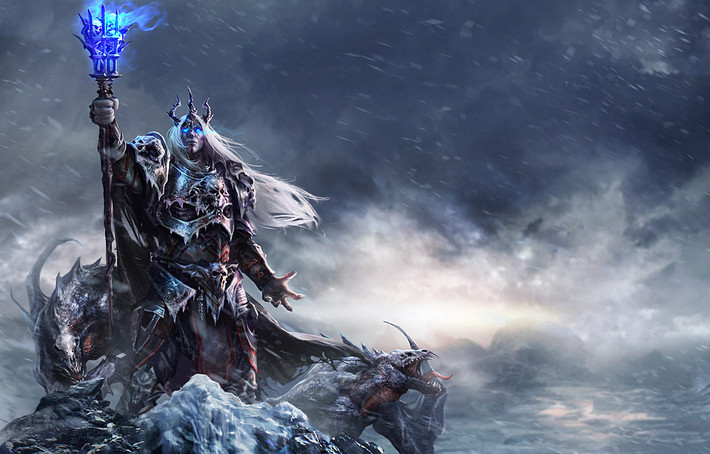 Fully buffed (and using the Lover Stone) the build gives you about 46k magicka, 2800 spell damage, 57% crit chance, 12k penetration and 1250 magic recovery. If you use Sated Fury spell damage will amp to near 3500 and as an Altmer you can approach 4k, and that doesn’t count buffs like Minor Courage from pals. 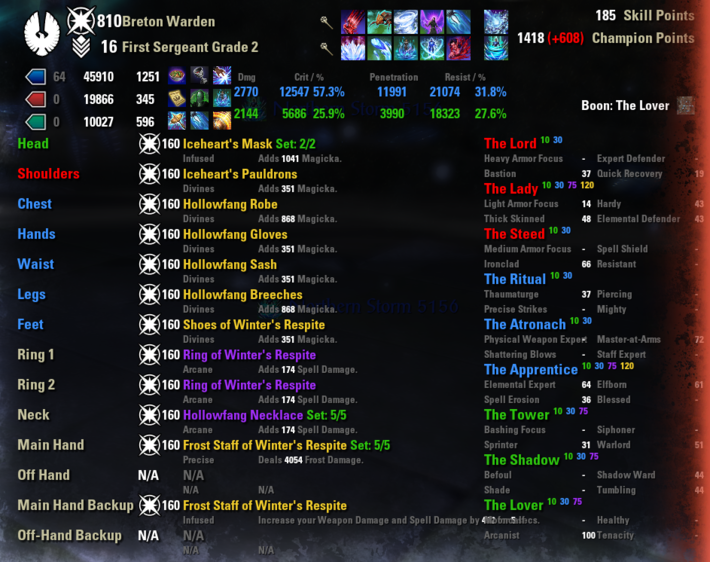 HOW DOES THE BUILD DO DAMAGE?

HOW DOES THE BUILD HEAL YOU/PROTECT YOU?

HOW DOES THE BUILD CONTROL ENEMY MOVEMENT?

FINALLY, HOW DOES THE BUILD FEEL?

Exact CP distributions are flexible and somewhat up to individual preferences in this game, I’ll provide mine.

Basically you want to prioritize the magic damage and damage over time perks in the blue trees, and the green and red trees are fairly standard for lightly-armored DPS characters.
Note that I put no points in Tenacity, because I never heavy attack on this build. your main spammable uses health, and given that fact plus the huge magic return of the Hollowfang set, I found it impossible to run out of magicka. The points in Bastion beef up your shield from Iceheart by 15%.

Outfits are 100% cosmetic in ESO, which means that they are both everything and nothing to a build.

Credit to @Alivayana for the Royal Vampire vibe, this and hundreds of other outfit ideas are posted on the forums in the Outfit Megathread. Anyone who's played TES5 Dawnguard will recognize the Vampire Royal Armor look from Harkon family closet. 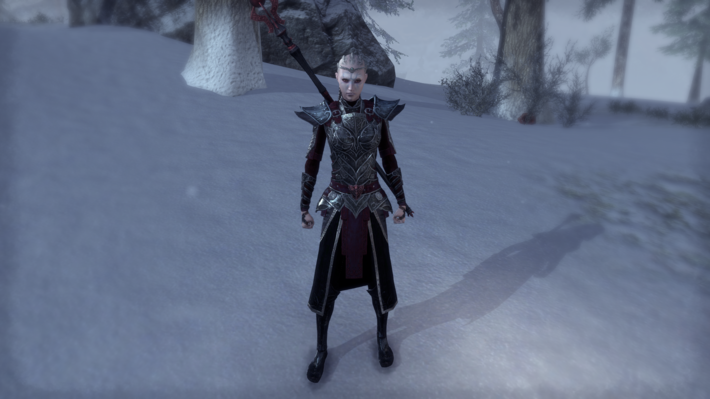 That pretty much sums it up! Post your comments, and even better, start posting your builds! Talk soon -Avi 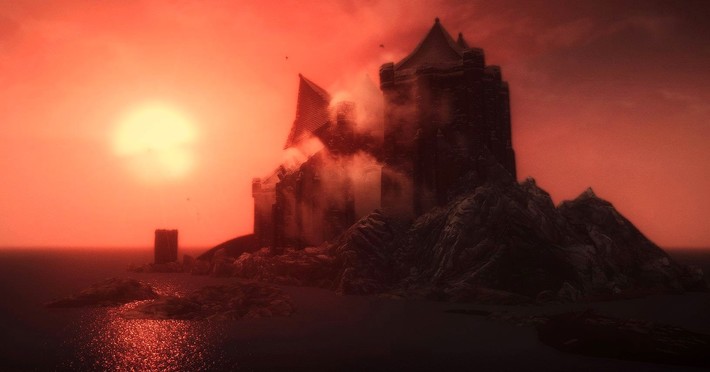