Greetings and salutations ESO nerds! Time for a guide from Tae-Rai, your OTHER ESO host! (Yes, she does things, amazing...) I've seen epople ask about races and how to choose one in Elder Scrolls Online so here is a handy-dandy guide!

First of all, let's get the elephant in the room out of the way...

Unless you are min-maxing for top scores in end-game veteren trials with the best players on your server, your race will not matter. Period.

This is by far the BIGGEST misconception about ESO is that you cannot be XYZ role unless you are ABC race. This is INCORRECT, of course. Now, are some races better for some roles then others? Yes, of course, however, just because you choose to roll something that is not the best in slot (BIS) or off-meta, does not mean you can succeed in the game.

So what are the races?

There are ten races to play as in ESO, split into three factions. They are the same as all other in other TES games, however, unless the cosmetic item known as the 'Explorer's Pack' (also known as the 'Any Race, Any Alliance'), is bought, all race are locked to their specific faction (see below for who goes where!) Imperials are the exception, but requires a purchase known as the 'Digital Imperial Upgrade' pack. Personally, I recommend getting both of these for the sake that they are cheap and convinent for the player to have, even if they are rendered slightly moot by the One Tamriel upgrade.

The One Tamriel quality of life change allows players to play in any zone, regardless of story, and the only reason for purchasing Any Race really is to say you can play as anyone you want in any faction, however, faction matters little save for in PvP Cyrodill. As for Imperials, it sucks they are behind a paywall but they are definatly NOT a pay to win race so no dramas there if that is not a concern.

At max level, all races gain a 15% bonus to a skill line, some form of recovery in an attribute and/or a damage boost to spell or weapon damage. All values below come from the max rank of the racial skill tree. Consisting of the Altmer (High Elves), Bosmer (Wood Elves) and Khajiit, the Dominion is ruled by Queen Aryeen of Summerset. Cunning and clever, the faction believes that the men of the world are not suited to rule over Tamriel. They are also the only faction to exist in a later time, most famously as the Thalmor in TES V: Skyrim.

Best suited for: Stamina DPS
Acrobat:  Increases your experience gain with the Bow skill line by 15%. Decreases your fall damage taken by 10%.
Hunter's Eye: Increases your stealth detection radius by 3 meters. Increases your movement speed by 10% and your Physical and Spell Penetration by 1500 for 6 seconds after you use Roll Dodge.
Y'ffre's Endurance: Increases your Stamina Recovery by 258.
Resist Affliction: Increases your Max Stamina by 2000 and Poison Resistance by 2310. Gain immunity to the Poisoned status effect. Consiting of the Bretons, Orsinmer (Orcs) and Redguards, the Daggerfall Covenant is an unlikely but strong alliance ruled by King Emeric of Wayrest. United by a distrust of elves and fuelled by a reverance for the Divines, they are a hardy collective.

Best suited for: Stamina DPS
Wayfarer: Increases your experience gain with the One Hand and Shield skill line by 15%. Increases the duration of any eaten food by 15 minutes.
Martial Training: Reduces the cost of your weapon abilities by 8%. Reduces the effectiveness of snares applied to you by 15%.
Conditioning: Increases your Max Stamina by 2000.
Adrenline Rush: When you deal direct damage, you restore 950 Stamina. This effect can occur once every 5 seconds. Consisting of the Dunmer (Dark Elves), Nords and Argonians, the Ebonheart Pact is rulled by Skald-King Jorun of Skyrim. An unlikely trio that untied to resist the Akaviri invasion of the east, the three has formed a mutual agreement with each other to prevent their enemies from taking the Ruby Throne.

Best suited for: Magicka or Stamina DPS
Ashlander: Increases your experience gain with the Dual Wield skill line by 15%. Reduces your damage taken from environmental lava by 50%.
Dynamic: Increases your Max Magicka and Max Stamina by 1875.
Resist Flame: Increases your Flame Resistance by 2310. Gain immunity to the Burning status effect.
Ruination: Increases your Weapon and Spell Damage by 258. 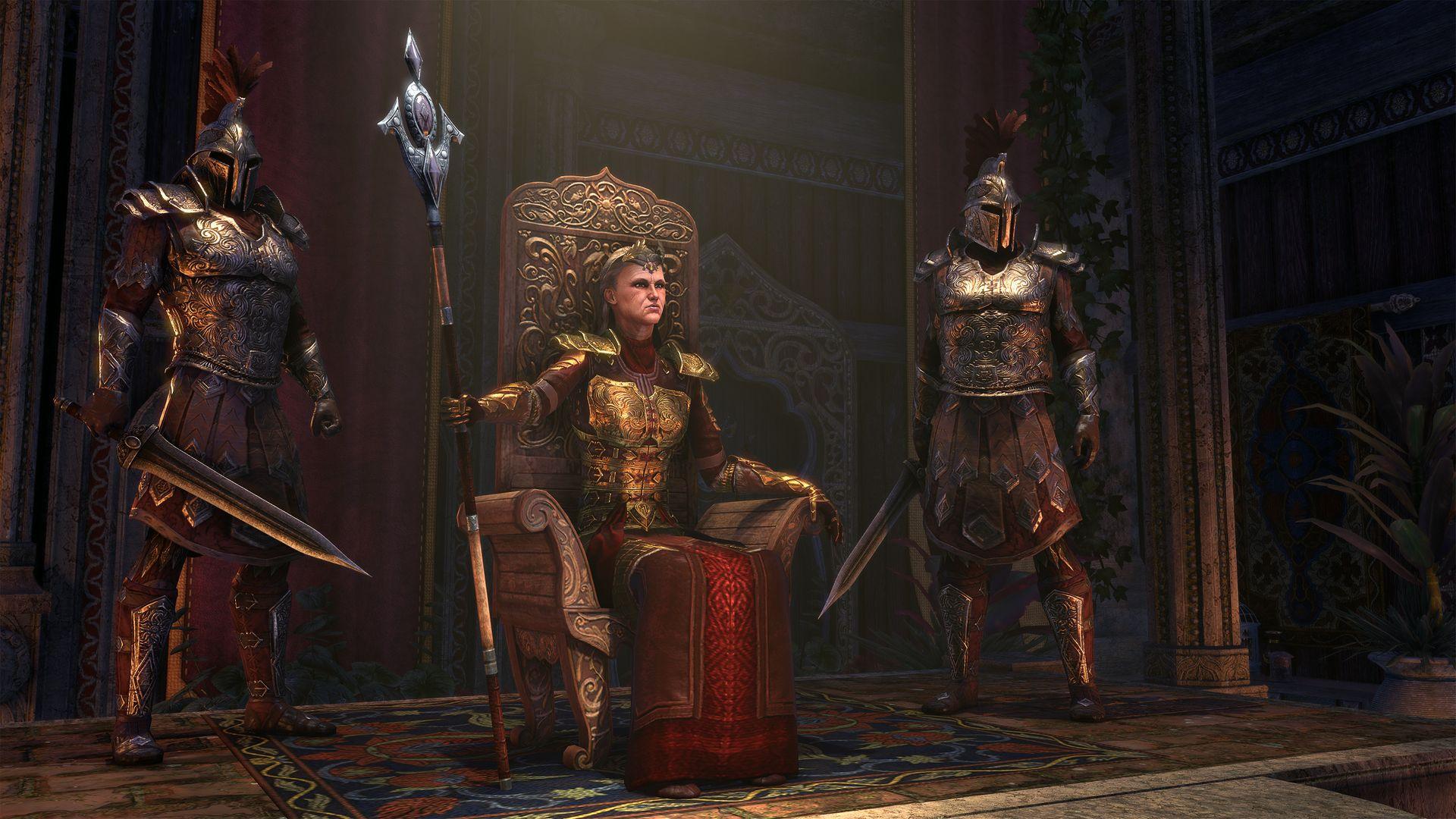 Not belonging to any faction, the Imperials have lost their empire, their emperer, their lands and most of their forces. Spread out across the land, they are fighting to regain control of a once great dynasty.

Best suited for: Tank
Diplomat: Increases your experience gain with the One Hand and Shield skill line by 15%. Increases your gold gained by 1%.
Tough: Increases your Max Health by 2000.
Imperial Mettle: Increases your Max Stamina by 2000.
Red Diamond: Reduces the cost of all your abilities by 3%. When you deal direct damage, you heal yourself for 333 and restore 333 Magicka and Stamina. This effect can occur once every 5 seconds.

Overall, I hope this clears up some questions about the ESO races and classes? What's your favourite race? What do you enjoy playing as? Leave a comment down below!