Happy Saturday, campers! In this week’s ESO Guide, I thought I’d do something a bit different and talk about “character building” in Elder Scrolls Online, in a way that can help folks from this site transition from character building in a game like Skyrim. Disclaimer up front is that I am writing about the game as an MMO. There is nothing stopping you from doing new playthroughs every month or so, as a solo player from scratch the way you do in Skyrim. The game isn’t designed with that in mind, but you can do whatever you want!

To me, there are a few big differences to keep in mind.

With all that said, I’ll get to my specific point for this article. For a lot of content in the game—PVP, good 12-person trials groups, veteran DLC dungeons—you need a strong build that pursues objective performance goals, but there are plenty of exceptions. If you seek creative building, you can do it in ESO, you just may want to pick your activities selectively. I’ll give a few examples below, and offer a proto-build idea for each activity to show how you can start to combine gear, race, skills etc. in creative ways.

A PROTO-BUILD FOR THE JUSTICE SYSTEM

One of the coolest differentiators of this game vs. other MMOs is the Justice system, which allows you to break into homes, crack open strong boxes, pickpocket NPCs and, if you’re into that kind of thing, straight up murder NPCs.) The base game includes core thieving mechanics, and the Thieves Guild and Dark Brotherhood quest lines add new abilities and passives (including the Blade of Woe for assassination of NPC). Those DLCs also add new missions called Heists and Sacraments to test your dark-hearted abilities.

You can make a thief/assassin character setup that is just for this content. Strong damage or armor is not important here, this is not a combat activity. The key attributes are all about sneak: reducing the stamina cost of sneaking, and reducing your detectability radius.

Race: Khajiit. With max racial passives, your detectability radius is reduced by 3 meters. You also get a small 5% bonus to pickpocket chance.

Class: Nightblade. For the simple reason that nightblades can cloak into invisibility in a pinch. This setup can work on other classes too (and is probably needed more for other classes that CAN’T cloak).

Gear: 7-pc Medium Armor. Among the passive bonuses, your stamina cost for sneaking will be reduced by 28%, and your detectability radius reduced by 35%. The specific sets below are the perfect match for this stack, and all are either craftable or very cheap in guild stores.

Skills: Max out the Legerdemain passive “Improved Hiding” for -40% sneak costs, “Light Fingers” to make pickpocketing viable (the +50% bonus to success chance is additive, so without the skill you might have a 40% chance to pickpocket someone, with it your chance is 90%) and “Trafficker” (triples the number of stolen items you can fence and launder each day). Optional but very helpful is the Thieves Guild passive “Swiftly Forgotten” which lets you shed your bounty for crimes much more quickly.

That’s the basic setup. Standard NPC detection radius is not a disclosed figure, but I promise you that with this setup, even when you are not cloaked, you can be in stealth and pretty much be right in front of an NPC before they see you.

A PROTO-BUILD FOR HARVESTING MATERIALS FOR CRAFTING 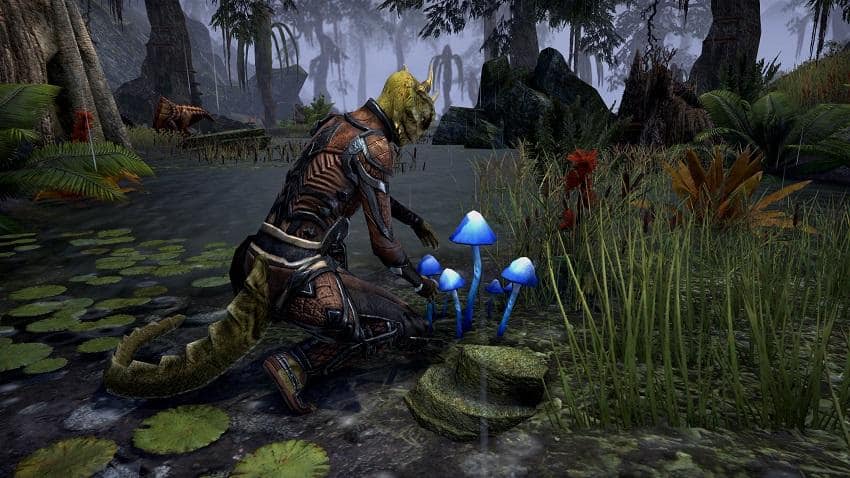 As noted in this previous post, crafting is one of the bedrock activities of ESO’s economy, and if you plan to play the game extensively, you are going to want a master crafter that can handle all craft skills.

To craft, you need materials to craft with, and one of the ways to get them is by simple harvesting of these materials in the wild. Running around anywhere in the game, you will constantly come across metal nodes to mine, wood to chop, alchemy plants to pick, runestones to crack open for enchanting runes. While this isn’t an exciting activity, it is relaxing while you watch Netflix and you can make a lot of money and/or build up your crafting inventory while doing it. It also gives you lots of chances to harvest or refine higher-level and pricier items.

A good harvesting setup is focused on two things: speed and stamina. You may think that you want to move around by horse, but you don’t – it takes 4 full seconds to dismount and then mount again, and by the fifth dismount you will be back here looking for this setup.

(Note: These setups are also useful for a specific PVP activity—“scroll running,” which you may do if you are taking an Elder Scroll from an enemy temple or retrieving your own from the enemy.)

Race: Any race can play a stamina-based class, but a few are more optimized for it. Orcs run faster (+10%) and lose less stamina sprinting (-12%), and a big stamina bonus (+2000), they are probably the ideal race for this activity. A close second would be Bosmer, with big stamina and stamina recovery bonuses, and a boost to speed after roll dodging.

Class: Nightblade, again so you cloak at will through enemies and avoid them (you can’t harvest nodes while in combat, so you want to avoid aggro whenever possible). Wardens are Ok also, their netch pet returns stamina to you even while you are sprinting.

Skills: Max out your medium armor passives, run cloak if you are a nightblade. You can slot skills that will help with you stamina recovery, but with this build you won't need it.

When you have the transmute stones, transmute the jewelry you’re using in your setup to the swift trait (increases speed by 5% for each jewelry piece).

Several choices of five-piece sets will work really well here. My personal favorite setup is the Coward’s Gear and Jailbreaker sets, the former grants Major Expedition (+30% speed) while sprinting, and the latter grants Minor Expedition (+10% speed) at all times. Jailbreaker needs to be farmed in a dungeon, you can’t buy it. So, other options that work well instead are Darkstride or Prisoner’s Rags (both of these are purchasable). Both grant 50% reduction to Sprint; Prisoner’s gives the added bonus of returning Magicka to you while you sprint, this is especially useful for nightblades looking to use cloak more frequently. (The additional sprint cost reduction is honestly overkill for farming, but it is nice to know that you will never, ever, EVER run out of stamina.)

This setup is also quite cheap to put together. I highly recommend trying it out, the first time you hit the sprint button you will just start giggling as your character takes off like the Roadrunner. 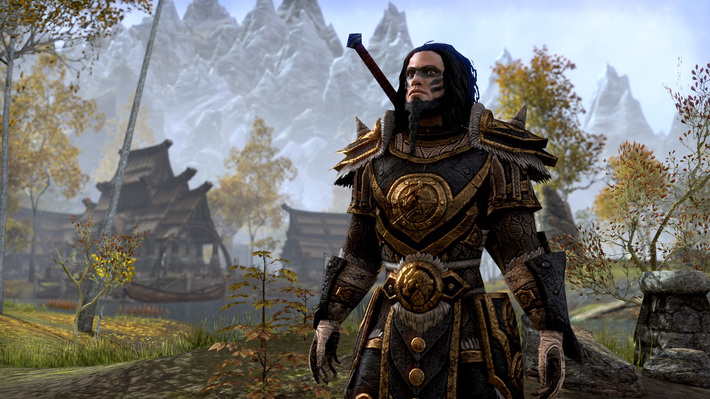 That’s all for this week kids. There are many other activities for which you can build creatively. When you are talking about just running through general quest/story content, you have enormous flexibility with your build because the content is quite easy to complete. In PVP, when you get to a fairly high skill level, there are build creators like Kristofer ESO who have been developing amazing, creative unique builds for PVP in all classes for years. They are hard to play but super fun. If I can leave you with one thought: you don’t have to feel enslaved to the optimal, “meta” build that everyone says you must run—the game offers you the chance at total freedom, so take it!