Good morning, time for another ESO guide. As always, I’m trying to pick topics, or angles on topics, that you can’t find from many other YouTubers and content creators. This week’s guide covers something I don’t actually see in guides very often: the “right” order for the game’s quest content. Mild spoilers ahead.

DISCLAIMER: THERE’S NO “DANGER” IN DOING CONTENT OUT OF ORDER

When the game came out in 2014, content was leveled; you basically had to play the game on rails, following a clear path—mobs here were level 5, then over there they were level 9, etc. With the One Tamriel update, they changed all of that—now you can do anything you come across on any map, and the game auto-matches your strength to the enemy’s strength. Broadly, this move was helpful for the game and most people like it, but something was lost in terms of storytelling: most players now just run all over the place and don’t get a sense of the narrative the game builds over time.

Granted, most of the zones, chapters and DLCs have fairly independent storyline, and you don’t lose THAT much playing them out of order. But there are key NPCs that show up in the story earlier and later, building a relationship with you, and if you play out of order you miss out on that. And there was in fact a major story arc that extended over two years that, again, you’ll miss if you play out of order. Anything I skip in this guide, is content that you can do at any time without concern for continuity.

When you started the story before any of the newer “chapters,” the prologue started the main quest. This is the quest where you are taken to Coldharbour for the first time and need to escape. This prologue is still available as a quest in the game; you will see a “Hooded Figure” appear near your faction’s starting city wayshrine (Vulkhel Guard, Davon’s Watch or Daggerfall) and you just take it from there.

Once that’s done, you’ll be dropped in your faction’s starting/tutorial quest area. Each Alliance has a starter zone (1 zone for Dominion, two smaller zones for Pact and Covenant), and then five larger regions to explore in order. Along the way, in the olden days you would receive quests for the MQ every five levels, and do those in parallel with your Alliance faction’s zone quests (now you can do the main quests whenever you want, I personally like spreading them out when leveling a character).

You also complete the Fighters Guild and Mages Guild stories as you go from zone to zone in your faction—one of each of these quests pops up in each of your Alliance’s five zones. It still basically works this way, but since the game doesn’t make you do content in order, you can often squirrel off the path. (Note: leveling these skill lines has nothing to do with the quests. You rank up in Fighters Guild by killing daedra/undead, and in Mages Guild by reading lore books. Do both of these as you go along, there are some really powerful skills in these lines that you're going to want.)

Here’s a basic chart of how the base game story content works. I included approximate levels at which you’d reach various content, assuming you just did these quests and weren’t using XP boosters. Obviously, these numbers can vary wildly.

If you are new to the game—I recommend going through this experience! It’s…like…the game. At least it’s what the original game was. Strong consensus among players that Rivenspire and Reaper’s March were the best stories. I cannot lie and tell you all 15 zone stories are great. Some are not. But they’re all, at minimum, “good.”

A final note: when you conclude the main quest, in the epilogue you get a “quest” from Cadwell to “see what it’s like for your enemies”—this is an absurd handwave to give you a reason to go through the other two faction’s quests. If you are an extreme roleplayer, you would not want to do this. But the content is all fun and interesting, they do a great job bringing the nine races and cultures to life, and there’s millions of XP and hundreds of skill points to be had. And come on, like why not just be a free agent and help these other folks out? None of the three factions is evil, they’re just doin’ the best they can. Anyway, “Cadwell’s Silver” will ask you to go through the five zones for a second faction, and “Cadwell’s Gold” sends you through the third faction’s quests.

Without spoilers, I will note that beloved NPC characters from each of the three faction questlines, as well as the main quest, are brought back on several occasions throughout the game’s future chapters, so it’s kind of nice to know when you were supposed to have met them and what you did with them. (The game does in fact give you different dialogue choices in the later chapters, depending on whether you’ve met and adventured with these folks.)

So…that’s the order that these DLCs were released, so it would make sense to do them in that order. They are for the most part independent stories, with minimal connection to what came before or what comes after, so you can mix this up if you want. (Murkmire belongs in this group as well, but it literally has no plot connection to anything else in Tamriel so you can do Murkmire whenever you want.) 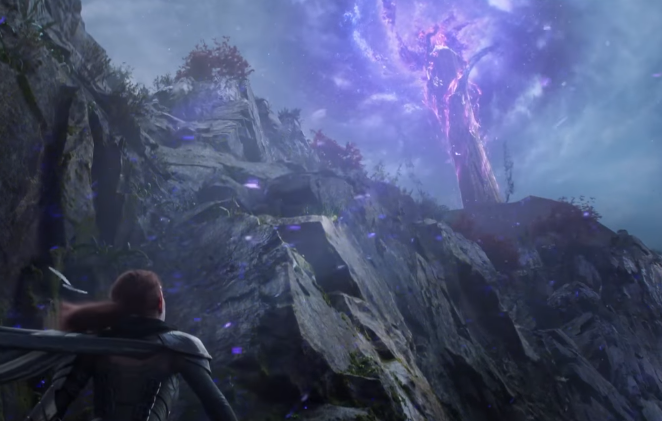 Even the name of this epic storyline is a spoiler! Luckily the instructions are fairly simple. After you have completed Orsinium (and if you REALLY want to be completionist, the “Sweetroll Killer” quest in the Dark Brotherhood content), do this:

That’s all I will say. These three proceed in order and a long and amazing tale comes to a pretty fantastic conclusion (and a VERY disappointing boss fight) with Summerset.

Note: around this time, ZoS started releasing prologue quests to all of their story DLCs and Chapters, about a month before they come out. These are fun teasers for what’s to come, but the content is never really that important to the overall story. You can do them for fun and XP, and usually they reward some emote or pet or other silly bauble for your collection. 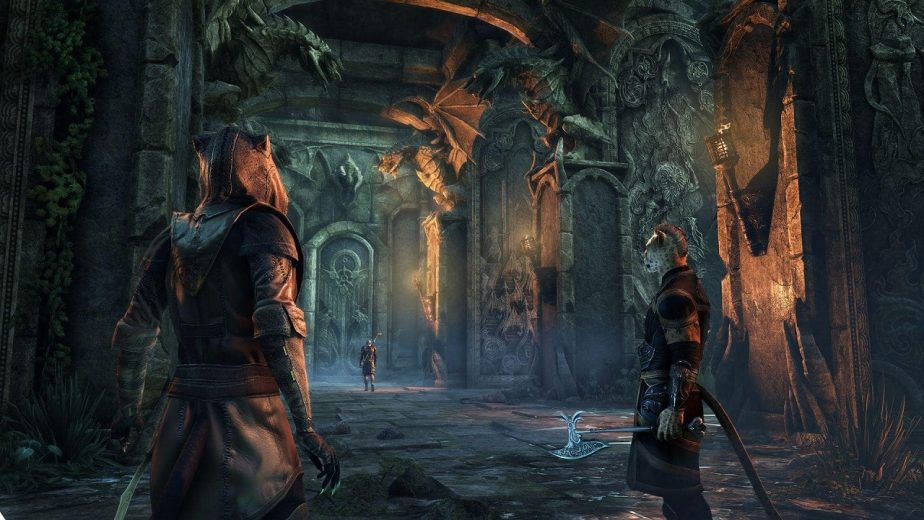 OK, I will relent on spoilers. The 2019 content was in Elsweyr and it had dragons. I think anyone reading this guide probably knows this. 😊

Starting in 2019, ZoS switched its content strategy so that the content for each year would all be related. The pattern they are following is: Dungeon DLC in first quarter, Main Chapter in second quarter, Dungeon DLC in third quarter, and Story DLC in fourth quarter. The DLC dungeons are even related to the main story for the year. They also add a concluding story arc in the final DLC, only available when you finish the preceding content.

Vampires, Blackreach, lots of callbacks (call-forwards?) to TES5--what's not to love? As of this update to this guide, we are in the middle of this content. It is following the same pattern so far as 2019--Dungeon DLC, Chapter, and we expect another Dungeon DLC in August and a concluding story/zone DLC in November.