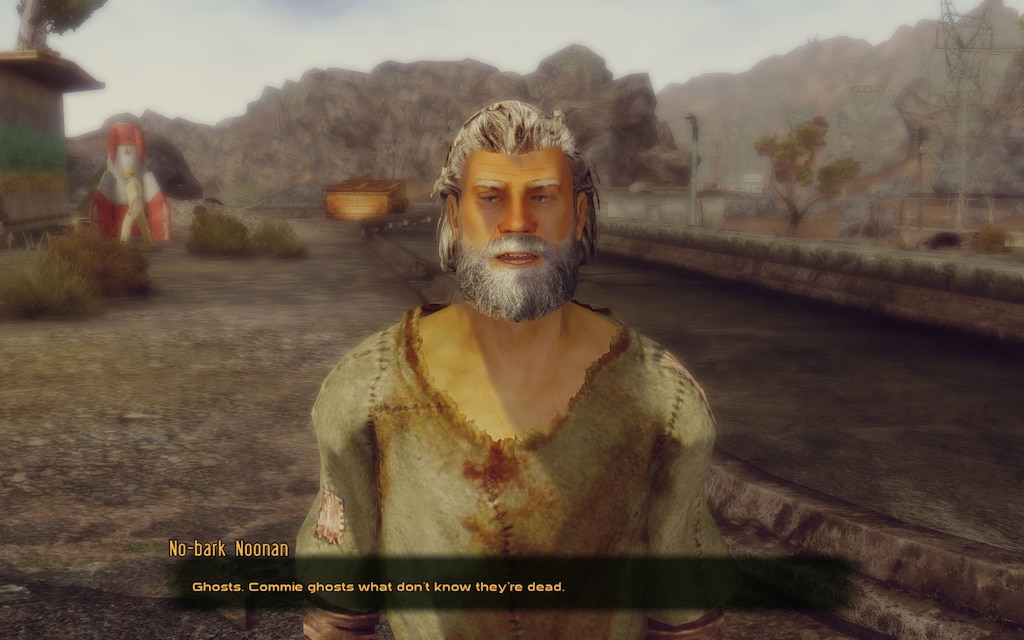 In the town of Novac there's a man named No-Bark, who told me about something in an old facility just west of there. I was intrigued. I asked "What do you mean?"