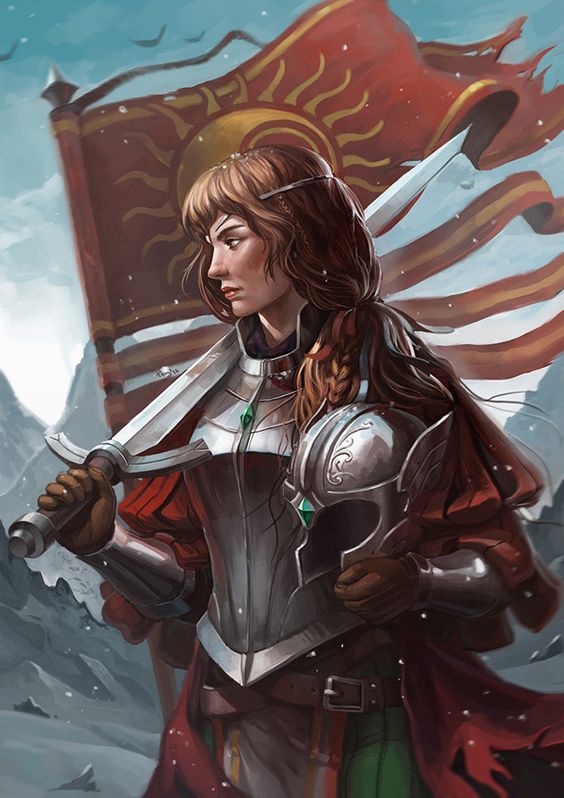 Hello and welcome to another Dragon Age lore discussion. It’s been a little while since I did one of these but better late than, never right? In this lore discussion I’m going to be taking a look at the Templar class from the Dragon Age series. The Templar is a class that appears in all three Dragon Age titles and is available for all warriors to specialise in once they meet the level requirement. In this particular discussion I’ll be looking at the class as it appears in Dragon Age Origins.

What is a Templar in Dragon Age?
Templar’s are the military arm of the chantry. Warriors who are specially trained to police magic users. Their unique abilities derive from the consumption of lyrium. Lyrium is an alchemical substance that is mined deep beneath Thedas by the Dwarves.

The Templar order has its roots in the first inquisition. Upon the inquisition’s disbandment the Templar order was founded to safeguard the peoples of Thedas from mages users and to make sure they posed no danger to themselves or those around them. Templars guard the Circles of Magi dotted throughout Southern Thedas. They watch over mages as they perform the Harrowing, a magical ritual put in place to test whether a mage has the will to resist possession from the spirits of the Fade, a realm beyond the Veil. Not every mage is able to resist and it is a Templars duty to strike down such mages who full victim to possession.

Escaped mages and Malificarum or “Blood Mages”, are also tracked down and hunted by Templars. Their unique abilities at interrupting and negating magic making them more suited to such endeavours. Because of these abilities, a Templar is more resistant to magic than a common warrior making them an excellent asset to the party when facing down magical foes.

Righteous Strike – The Templar is able to focus their magic negating abilities into their weapon. Each melee strike saps a small amount of mana from magic using enemies.

Cleanse Area – The Templar is able to purge all magical effects from friend or foe in a small radius around them.

Mental Fortress – The Templars rigorous training has prepared them for any mind-altering effects an enemy might impose upon them. This skill provides a major buff to Mental resistance.

Holy Smite – The Templar calls down righteous fire, inflicting spirit damage on the target and other nearby enemies. Targets who are spellcasters must be above a mental resistance threshold or else they lose mana and take additional spirit damage equal to the amount of mana lost. All effected enemies are also stunned or knocked back unless they pass a physical resistance threshold.

Synergy with other Warrior Specialisations

I won’t beat around the bush here. The best specialisation for Templars to synergise with is Champion. The Templar already boasts some impressive resistances against magic users and has crowd control and status removal abilities that pair up brilliantly with the “Tanky”, nature of the Champion. Sure, Beserker and Reaver offer the Templar some much needed numbers in the damage departmen but the Champion allows the Templar to double down on some of the party focused skills already in their repertoire, putting them on the path of being one hell of tank. So if you want to by all means choose Reaver or Beserker as your secondary specialisation, but if playing to your strengths suit you, you’ll find the money is with pairing it the Templar with the Champion spec After all you have rogues and other warriors better suited to dealing damage in your party already right?

When Choosing a Party

When thinking of your party the first thing to consider is what role your Templar is going to bring to the group. Are they the de-facto tank or have geared them more towards being a damage dealer? Depending on this answer the way you assemble your party will change to reflect your role.

If you have chosen to make your character fit the role of a tank, a well-balanced party will consist of you the tank (whose job it is to taunt enemies and protect allies), 2 damage dealers (1 ranged, ideally a rogue archer or mage geared towards crowd control and damage and 1 melee damager). and a healing/support mage (whose role it is to keep the party alive and buffed). With a setup like this you will be certain to handle any encounter that comes your way with relative ease.

And that concludes my topic on the Templar class from Dragon age Origins. I will be doing more of these in the future and have already done one on the “Arcane Warrior”. If you have any questions about how to run a Templar or would like to share some of your own experience with this specialisation feel free to let me know in the coments!