Hello all! Tae-Rai here with another mod feature for you! For those who do not know, we select the top twenty mods in a themed set-up to showcase and give them some attention. This fortnight's top twenty mods will be for... Do you feel the beast inside you? Do you feel the animal straining to be let out? We've all played a werewolf at one point, whether a primal freak of nature or a controlled killing machine. While they were very bland in vanilla Skyrim, the Dawnguard DLC spiced them up greatly and mods ever more so! As always, please take care to install all of these carefully and read the modding page to see if there are any conflicts or special instructions for installation.

A simple retexture mod, this one makes our list for it's support with many popular werewolf mods (some of which are listed below). If you can run higher textures, this one is a must-have to make your werewolves look amazing. Comes with support for Moonlight Tales

Catering to both werewolves and those nasty-butt vampires this simply speeds up the transformation so that you can turn without getting jumped by whoever you're fighting. Amazingly useful.

Adjusts the perks slightly in the werewolf tree to allow for feedings on dead animals early.

A meter now displays on the screen when you transform and measures how long you have left. When it runs out, your fur falls out!

One of the biggest overhauls to lycanthropy, this mod adds new werewolf models and skins (custom to every werewolf in the game!), new eye textures, playable and NPC werebears, multiple transformations, werebeast followers, werebeast hunter events and much more! Defiantly a must have.

If the above looks awesome but your rig can't handle it, then we suggest this mod. The little brother to it' predecessor but with a lot more compatibility and less performance loss. Try this if you want the core features with no performance issues.

Ever felt like night-vision was a letdown? Well say hello to the beast remake of it! Functioning for Khajiit, werewolves and vampires, this mod makes it clearer and almost like day during the dark AND makes warm-blooded creatures glow and truly make you feel like a creature ready to hunt. Another overhaul, this one focuses on merely implementing a lunar transformation system to the game and adding new animation and music for the transformation. This makes you feel really out of control, especially if the change comes on suddenly...

An expansion of perks included with Dawnguard, this mod allows the player to customize their werewolf and human talents as they see fit and making werewolf form viable, even on Level 50 and Master difficulty. If that sounds appealing, this is for you.

The Dawnguard skill trees for the supernatural were... Unappealing at best and quite easy to max out once you get Savage Feeding. This mod greatly expands upon that, giving players better senses, better combat abilities and much more.

Similar to the vampires in Dawnguard, this adds in a small retexture for the eyes of werewolves in human form to make them easier to spot when in human form. An interesting little twist to the game.

A very simple mod, this makes werewolves ACTUALLY drop werewolf pelts because... Well, why not? get with it, Bethesda...

Heart of the Beast

A little different from the other werewolf mods around, this is a sound overhaul, making the werewolves sound ACTUALLY beastial and feral. With three different sounds to choose from, there's one for everyone. Not only that, new glowing eyes and fur textures are included! This one is on our must-have-to-play list and we HIGHLY recommend it!

Nature of the Beast II

There isn't much we can state on this mod here as it is actually HUGE. A werebeast, necromancer and dwemer overhaul, we recommend you read the mod page to check everything out. The main featuresfor werecreatures including packs, advanced senses, a new beast to become, climbing, and much more!

This adds in a hunger system for werecreatures, urging those who have the moon blood to hunt and cannibalise those with blood to survive. A great mod for those... Darker playthroughs.

Related to the above, this makes feedings funner... Muhahaha.

Some class it as a cheat mod, but we call it useful. Now you can pick up everything while in werebeast form!

A player home mod designed specifically for werewolves, it has the basics for the primal beast within, including a proper functioning shrine to Hircine!

Ever wanted some wolf pals who weren't Aela, Farkas or Vilkas? This mod adds in fully functioning werewolves to hunt in Skyrim with, including beast form and the ability to 'calm them' from it.

A two-in-one mod, this author has made beast form look seriously badass (and thrown in a nice female armor set too!). If you even wanted to look the Hulk forgot to shave one day, then grab this model!

Werewolf replacers are either a hit or a miss... But these ones are the former. Become the wereskeever you were born to be!

A complete re-recording of every line of Hircine's dialogue, in the style of his Morrowind and Oblivion voice. 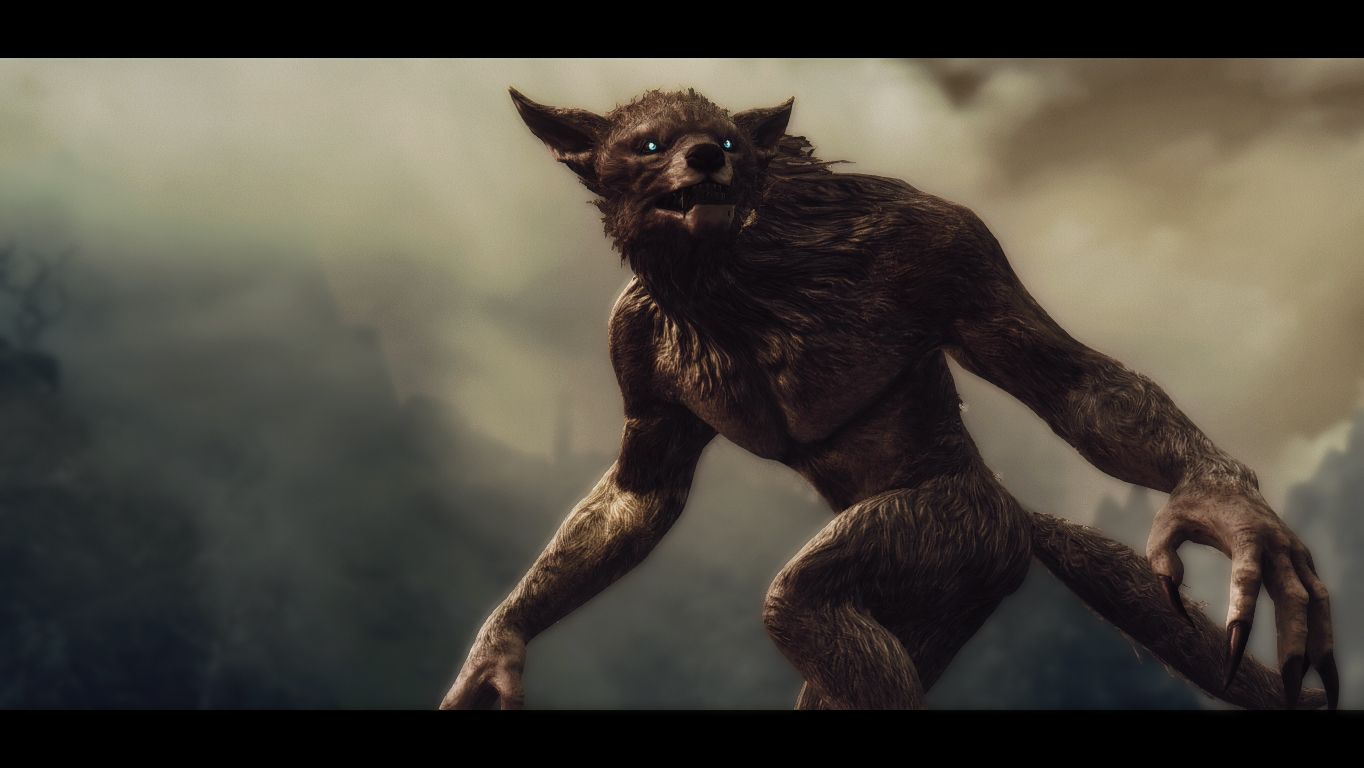 Go forth and hunt!