The Snow Fox, a nickname given because of his unusual but successful combat style, is a guerrilla warfare specialist who will come from out of nowhere and quickly return from whence he came. A lifetime of living in the wilderness has allowed him to hone his killing skills to be sharper than a dragon's tooth. He is viscous, cunning and will always use any advantage he can find. The Snow Fox has no need for vengeance, he strikes first and always kills his target. If a bystander gets in the way The Snow Fox has no compunction about killing them too. 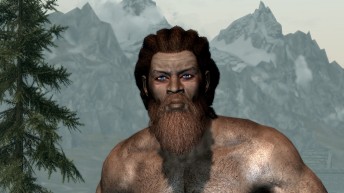 Jewelry: Nightweaver's Band, Necklace of Warmth/Firewalker/Grounding/Nullification (Based on the enemies you face.)

Stone: The Lord Stone (Your AR will be low throughout the game. 50 extra points really does make a large difference for this character. The magic resistance boost is great for any character.)

Shouts and Powers: Aura Whisper (To aid your sneak attacks), Become Ethereal, Bend Will (What is a better hit-and-run attack than dropping in on the back of a dragon and flying away?), Dragon Aspect (You will need the AR boost in open combat), Frost Breat (My main shout, enhanced with Dragonborn Frost.), Adrenaline Rush, Mora's Agony (A great power that aids both your attack or your escape.), North Wind, Summon Spectral Assassin 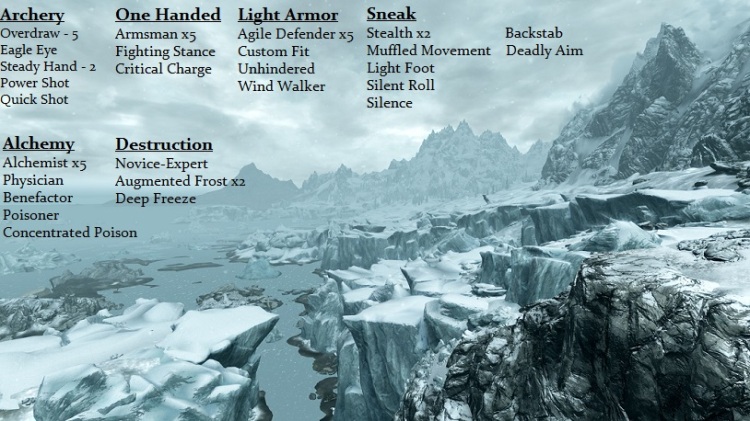 Perkplay: Perks were chosen with guerilla warfare tactics in mind. The Snow Fox uses a lot of sneaky hit-and-run tactics. He gets the drop on an enemy, unleashes hell then scurries off before his low AR becomes a problem.

Magic: The Snow Fox uses magic to aid his hit-and-run strategies. The only form of magic available is frost magic. The Redguards are known to adapt well to their environment. The Snow Fox has changed due to being in the frigid areas of Skyrim and adapted to use it to his advantage. The slowing powers of frost are a huge benefit. You want to move swiftly slicing with your enemy while he is moving slowly. You can make your escape whenever you need to because of your better stamina regeneration (wind walker perk) combined with the slower enemies (frost magic).

One of the most used tactics is to poison your bow with weakness to frost and hit a couple of enemies with sneak attacks. Then down a fortify destruction potion and unleash a snowy horror of Ice Storms and Chillrend.

A major "special attack" involves the master spell Blizzard. You drink a series of weakness to frost poisons with a fortify destruction potion then cast Blizzard and use the power North Wind. You are very vulnerable and can die in this winter storm, use Become Ethereal to survive.

The Snow Fox's primary tactic is stealth. His gear makes him nearly invisible even when the enemy is staring directly at him. Is that a third deer or is that an arrow flying at my neck? 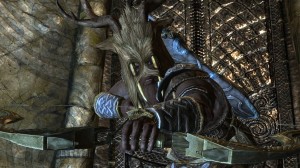 Combat and Weapons: This is a Frost based Spellsword with a unique guerilla warfare style. Everything from spells to weapons to shouts is based on draining the enemy's stamina and leaving him crawling around the battlefield. Your array of frost enchanted unique weapons, enhanced with alchemy, will allow you to move in and out of the enemy's range safely.

Get Eduj early from Volunruud. It is a short dungeon to beat, though not very easy. Chillrend does not damage an enemy's stamina but Eduj does. This doesn't make Eduj equal to Chillrend but does help a lot when your frost spells are still weaker. 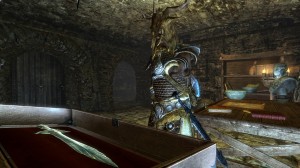 Chillrend will be your main melee weapon. Pick it up as late as you can,hopefully after level 35. It is a leveled weapon and is strongest if you get it at level 46+. But at level 36 it will do 15pts of damage and 25pts of frost damage with a chance to paralyze an enemy.

Firiniel's End is the frost enchanted bow you get later in the Dark Brotherhood quest. You can find or buy frost bows before you get it.

Enemies: There are many frost resistant enemies throughout Skyrim. They are the largest challenge you face. Your weapons and spells are weak against them, sometimes nearly useless. You must use your wits to defeat them. I personally avoided Dwemer ruins. Those Falmer and Automatons are something I didn't want to tangle with! 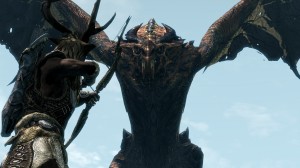 Alchemy: This skill is very important. You spent most of your life in the forests of Skyrim and know how to use your surroundings. Your concoctions will boost your spells, damage your enemies and heal your body. When you are against frost-proof enemies you might need to rely on damaging poisons. If an enemy resists both frost and poison...well you are in for a tough battle, one that is worthy of your skill. Use health, stamina and magicka regeneration potions whenever you need them. Your magicka regeneration will be low and these potions are extremely important.

Food: You can use a variety of food items to increase your regeneration. Elsweyr Fondue is a welcomed boost to magicka regeneration. Various stews, particularly vegetable stew, boosts health and stamina regeneration. These stack with your potions to make you a more viable mage and warrior. 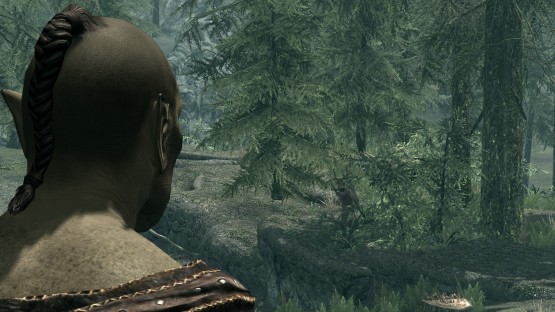 "Is that deer holding a bow?"

I would like to thank Zimbu for his great screenshots. He made many terrific shots for me and I wish I could include every one of them. He did a terrific job.