If you’re reading this and don’t already know why you’re here, this build is a collaboration between myself, Teccam, and SkallyV, and our entry for the latest building contest. We chose Falkreath for our hold, as will — we hope — be made clear as you read on. This build was a blast to write and play: streamlined, visceral, and versatile are the keys here. Enjoy, and be sure to check out the other contest entries too! The Shadow-Scales are the most deadly and secretive assassins in Tamriel. Without their influence, the Dark Brotherhood would be but a fraction of what it has become. Yet even among this powerful organization of reptilian assassins, not all are equal. Within their ranks lurk a select few members of an exclusives caste.  The best of the Shadow-Scales, the elite of the elite ... The Bloodclaws.

This much is true: All Shadow-Scales are swift as wind and silent as stone, and all Shadow-Scales can kill a man in a thousand different ways without being detected. Yet only the Bloodclaws are entrusted with their most advanced techniques. They forge a deep connection between the Hunt and the Hist to gain powers other assassins cannot even imagine!

The Bloodclaw is a blade in the shadows. He is a knife in the dark, and the unending void. He is death.

When death comes, none escape.

Attributes » All Health, all the time!

Passives » Blessing of Arkay, Seeker of Shadows, Force Without Effort You may be wondering ... This build has only four skills perked; won’t it get repetitive? Well, if you are, you’re wrong! (Now don’t you feel silly?) These skills support each other wonderfully. And don’t forget that with our investment in lycanthropy, we effectively have a fifth skill perked and actively used. To keep things from growing stagnant, we focused on three very different styles of combat for the Bloodclaw to master:

Servant of the Void. Stealth is the bread and butter here. Be in sneak mode virtually non-stop, with Silent Roll and ultimately Shadow Warrior allowing you to flit in and out of the shadows at full speed, severing arteries and slitting throats, like the master assassin you are! Dual Ebony Daggers (unenchanted and tempered) with Ancient Shrouded Gloves and Assassin’s Blade will rip enemies to ribbons before they ever know you’re behind them. This is classic stealth at its most lethal and efficient. No sniping from the shadows though — this is all about getting up close and personal with your marks. Throw Voice is the best shout here, so use it liberally.

Servant of Blood. For when you want to play with your food, or prove that your might is not limited to the shadows. Here, we employ massive Health Regen (100% from enchants, 150% from potions, 25% from the Lady, and of course, Histskin) with high bleeding DOT (dual Orcish War Axes, Lingering Damage Health poisons) to tear our enemies down while preserving our own life force. Elemental Fury is used to expedite power attacks, stacking bleeding damage and stun-locking opponents. Be sure to keep your left-hand axe unenchanted! Absorb Stamina in the right hand allows us to power attack almost endlessly, and Absorb Health is also an option which allows you to optimize survivability even more. So pick your poison there (pun shamelessly intended — don’t forget those DOT brews). Save Histskin for when you really need it but do know that you can use it more than once per day — simply transform to Beast Form via the Ring of Hircine, and Histskin’s cooldown will be cleared!

Servant of the Hunt. Your ultimate form, an evolution of the previous style, and a tenuous bridge between two of the greatest forces that govern Falkreath (and indeed, Tamriel and beyond): Sithis andHircine. This is all about Beast Form, buffed by even more massive Health Regen than before (the Ring of the Hunt, potions, and the Lady, plus a higher base Health pool via Werewolf perks). As mentioned before, you can use the Ring of Hircine to transform more than once per day, and reset Histskin’s cooldown. That offers tremendous synergy between this style and the previous one. Take advantage! Gorge on fallen foes to further sustain your transformation and your life force, and you will be virtually untouchable with that massive Health Regen — dozens of Health per second —  and your ragdolling claw attacks. Howl of Terror can be used to intimidate weaker opponents into submission. Especially helpful for the first 15-20 levels. Don’t forget it! Shrouded Armor should be your first gear set, and can be picked up right at level 1 when you join the Dark Brotherhood. If you don’t like its appearance, Linwe’s Armor and the Blackguard’s Armor are suitable alternatives, both of which can be obtained with minimal investment in the Thieves Guild line (we’ll also recommend a few mod alternatives later on). But that 2x backstab damage from the Shrouded Gloves is very hard to pass up! Also note that the Ancient Shrouded Cowl is bugged for Argonians, so consider holding onto the normal [unmasked] Shrouded Cowl if you do opt to use the Brotherhood gear.

Join the Companions early, and stick around just long enough to be bitten. This character has no need to remain in Jorrvaskr beyond that point, and would not join the Companions at all if there were any other way to acquire lycanthropy. 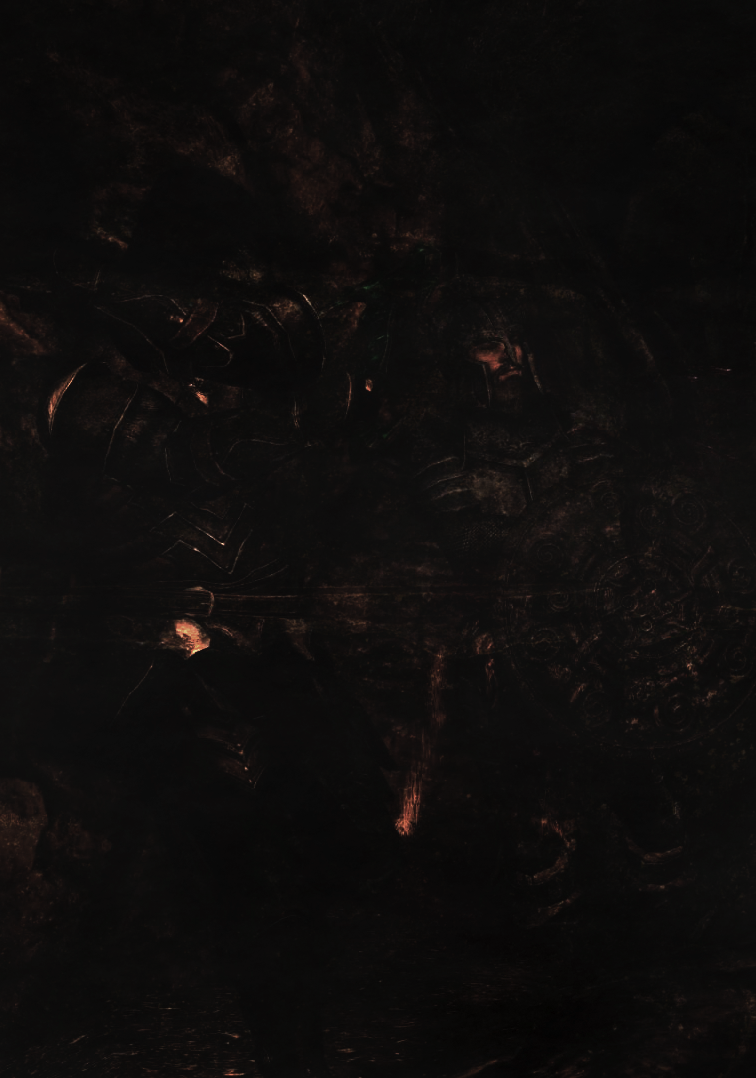 Become thane of Falkreath, and buy Lakeview Manor ASAP to start growing ingredients. The Ring of Hircine should be obtained only after you’ve bought the Ring of the Hunt: Equip the latter prior to beginning Ill Met By Moonlight, and attempt to re-equip it when it is forcibly removed by the Cursed Ring during that quest. This will let you passively keep the Ring of the Hunt’s power whenever you enter Beast Form, allowing its use multiple times per day and minimizing the need to swap gear. Win-win-win! Note: Do NOT attempt to equip any of the other Frostmoon rings after you’ve done that, or it will overwrite the Ring of the Hunt effect!

Orcish War Axes can be obtained very early on, and you can simply make your way through better daggers and Health Regen jewelry as you level up. Be sure to temper your unenchanted weapons for a damage boost, it’ll add up quickly with backstab multipliers. Stealth (“Servant of the Void”) should be your main focus at first, with Beast Form (“Servant of the Hunt”) acting as your “oh shit button” or your boss battle tactic.

Begin to integrate the in-your-face “Servant of Blood” style in the mid-game, when you have access to decent Health Regen jewelry and potions, and the bleeding damage perks from One-handed.

The Ring of Revival will be used almost exclusively in human [lizard] form in the endgame, exceptwhen you want to transform to Beast Form and the power hasn’t cooled down yet (in which case, you will need the Ring of Hircine to transform). And again, as mentioned previously, it’s ideal to equip the Ring of the Hunt during Ill Met By Moonlight to acquire its benefits passively and permanently, so you never need to think about it again.

And seriously, the Ring of the Hunt is essential here. It will allows you to tank against giants, dragons, etc. and never drop below 80% Health, because you'll be recovering around 35-40+ Health per second if you optimize everything! This is one of the build's biggest selling points, and also one of the most fun ways to play Skyrim you will ever experience. Honestly, try it and see for yourself.

Dragons are one opponent that you may want to plan for in advance. Craft a few potions with elemental resistance (particularly fire and frost) to help mitigate their breath attacks. You can also use Dragonrend to ground them, but that prevents you from using Elemental Fury when they do land, so use temperately. Just wail at them with all you’ve got when they land, and duck away when they fly off, healing with potions if necessary. Histskin should also make dragons very easy to deal with.

You may want to keep Whirlwind Sprint on hand as well, as a gap closer when dealing with enemy archers and mages. They become far less dangerous when you can attack them at melee range. Though often, you can simply sneak up on them before they’ve noticed you.

Lastly, note that the perks spread calls for a level 45 character. With only four “leveling skills”, you willneed to make one skill Legendary to hit 45. We highly recommend Alchemy, as you can stockpile ingredients by the hundreds for quick re-leveling. Mora Tapinella, Creep Cluster, and Scaly Pholiota combine for the best potion if you want to level quickly using growable ingredients. You can easily harvest 30+ of each every 2-3 days with the garden and greenhouse for super-quick leveling. As this is a submission for the holds contest, we’ll give a quick rundown/recap of why this build represents our chosen hold, Falkreath.

First off, obviously, the Bloodclaw is a master assassin for the Dark Brotherhood. The Shadow-Scales have been supplying the Brotherhood with elite assassins for centuries. The Brotherhood is, of course, based in Falkreath (until the Sanctuary is infiltrated late in the storyline, at least).

Falkreath is also associated with death in general — as is the Brotherhood, and our character. To further cement this connection, you should regularly refill your Blessing of Arkay (who is associated with death, funerals, etc.) at the Falkreath graveyard (oh, hey, more death! It’s almost like we’ve got a theme here).

Falkreath is heavily associated with hunting as well. Assassination is itself a form of hunting, of course, but we also have the greatest forest in Skyrim, teeming with fauna and hunters. And the ultimate hunt, as seen in Ill Met By Moonlight, is also held here and will be mandatory for this playthrough. So the Bloodclaw is a hunter of man, mer, and beast alike, in all three combat styles as well as at the very core of the character.

Furthermore, this character makes heavy use of several assets in Falkreath. In addition to the Shrine of Arkay, Lady stone, and various Brotherhood gear, Lakeview Manor is a huge help for all things Alchemical. Between the garden and greenhouse, as well as access to the lake for fishing and other ingredients, it’s an alchemist’s paradise. You will need to become thane of Falkreath to purchase it, meaning your character may want to live a double life by day as a peaceful hunter of local wildlife to further build a connection to the hold.

Also familiarize yourself with the ingredients that have Invisibility. They can’t be grown in your garden, but it’s nice to have a few Invisibility potions on hand for emergencies Cannot thank Tae and Skally enough for working with me on this one. It was great coming together with you two and making this happen. I couldn’t be more proud to have my name alongside yours. Team Taecum V will go down as one of the greats!

Credit to wert23 on DeviantArt for the header art!