My name is Borba gro-Fetth, I hail from the Orrdon clan of Wood Orcs, from Valenwood. There, I trained for years in the art of archery, stealth, hunting, and combat. When I came of age, I decided to take up the profession of my father, Jargno gro-Fethh, as a Contract Pursuer. Unlike normal bounty hunters, we only take the most dangerous of tasks, and thus, the fees to hire me are quite high, but worth it. It seems both the Emperor and this Jarl, Ulfric Stormcloak have wished for my services. Well, I should pack up, and head out soon. Gold is calling to me, and I shall claim it. Borba signing out. 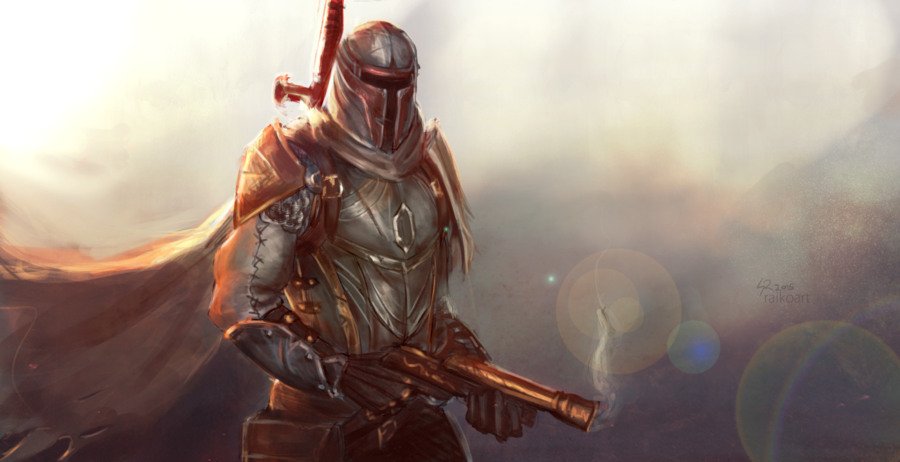 Race: Orc. Not only does it fit the lore, but Berserker Rage is a phenomenal power. Alongside that. they gain bonuses to Heavy Armor, Smithing, and Enchanting.

Standing Stone: The Warrior or the Thief to start with, then switch to the Lord, for added defense, or the Atronach for a straight 50% Magicka Absorption, alongside a bonus from a found Fortify Restoration potion.

Before we get our first Crossbow from Durak, any found or bought bow will do us good. Whenever I could, I would get a Woodsman’s Axe, and chop wood to make arrows. Faendel was a good companion, as he can help train you in Archery. Unfortunately, after attacking some Vigilants for their better heavy armor boots and gauntlets, I was forced to kill him.

The way to level smithing, for me, was quite easy. After I obtained Transmute, I would craft gold jewelry, arrows, silver jewelry, Dwarven bows, and leveled Enchanting via enchanting these weapons and equippables, and sold them to Eorlund and other necessary trainers after paying to level Speech. Froki’s Bow, giving you the Stamina Damage, in Greywinter Watch, and on the way, you can grab the Ironhand Gauntlets from the nearby White River Watch.

Even though I have not perked it, I did utilize a Blade’s Sword as a backup weapon. This can be obtained through either using a Wooden Plate to glitch through into Delphine’s Secret Room, which can take some tries to do. Or, going to Nightgate Inn, sneak killing Fultheim, and taking his sword for yourself. I recommend waiting to enchant this until your Enchanting Skill is around level 50 or so, as they are even rarer, since we aren’t doing the main quest past Dragon Rising.

The main way I kicked off combat was sneaking to a good vantage point, far or high enough away from my opponents, yet still being able to see them. If need be, I would apply a poison to my (cross)bow, normally a Paralysis or Damage Health one.After that, I would fire into one. If I was detected, I would rarely slink back into the shadows, but instead shoot them. A mixture of arrows/bolts, shock/fire spells, and staffs helped me with Dragons and Mage like fighters.

Lay down Runes when your opponents are advancing on you. I preferred to, if possible pop them down into enclosed spaces, like a doorway or hallway, so you can group your enemies together. When you grab Rahgot’s Dragon Priest Staff from Forelhost, alongside the Mask, you can use that and spray it along the ground, to do DOT alongside your Runes, archery, and blade work. If Skyrim could show it, your foes would be crispier than Filipino street vended barbecue once the fight’s done.

One fairly fun strategy I found involved exploding bolts, and runes. After popping down a rune, I fired an explosive bolt soon after it was triggered, the explosions hath been doubled then. 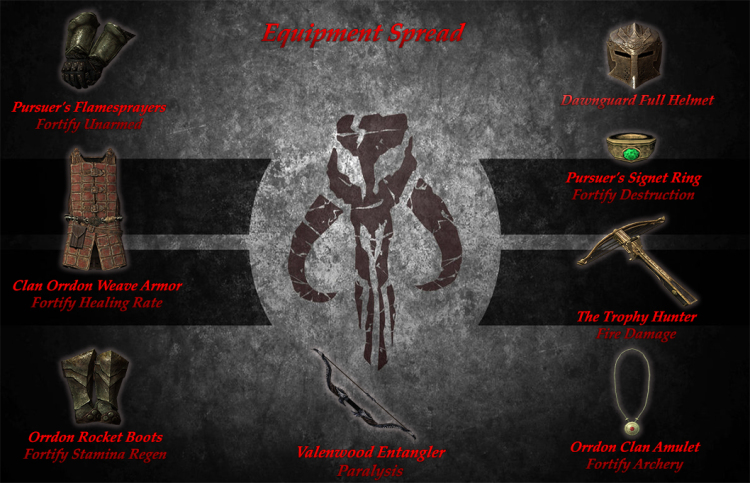 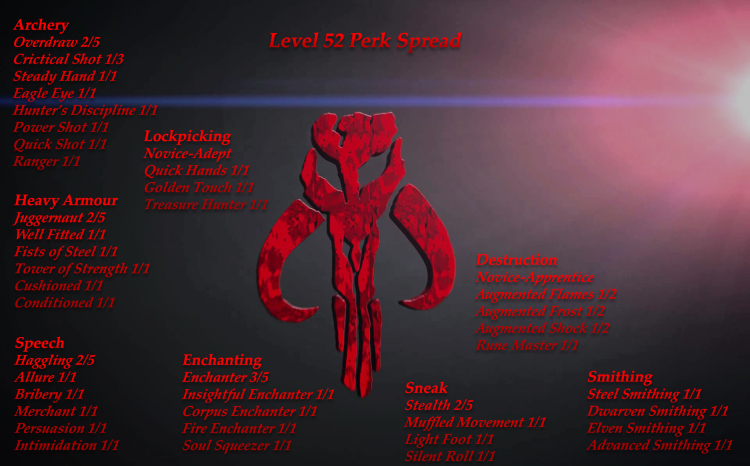 Archery-Your primary form of damage. If you, for lack of Dawnguard, cannot get your mitts on a crossbow, then you can just use the Valenwood Entangler.

Lockpicking-As an opportunistic treasure hunter as well as Contract Pursuer, Borba knows how to get into where a target may be hiding, or how to find better loot.

Heavy Armor-The first, and only defense this character has. Plus, the set looks fairly awesome, in my personal opinion.

Speech-Allowing you to get better prices with merchants, it also allows you to pass speech checks with more ease.

Smithing-A fairly optional skill, it was primarily used to craft bolts, and keep my crossbow up to date. Elven and Advanced were taken to boost up my Steel Plate armor in the early game, considering its fairly weak later on.

Sneak-Allowing you to survey the area, as well as open up some battles, this skill is quite useful if you want to take a more tactical approach.

Enchanting-Used to keep my mismatched armor viable in open combat. Plus, it allows us to rename items, and helps out in tight spots, like facing off a fort filled with Bandit Marauders

Destruction-Your secondary mid to close range skill. Used mainly with Runes, and the occasional burst of Flames in your opponents faces to deal some sweet Damage Over Time. 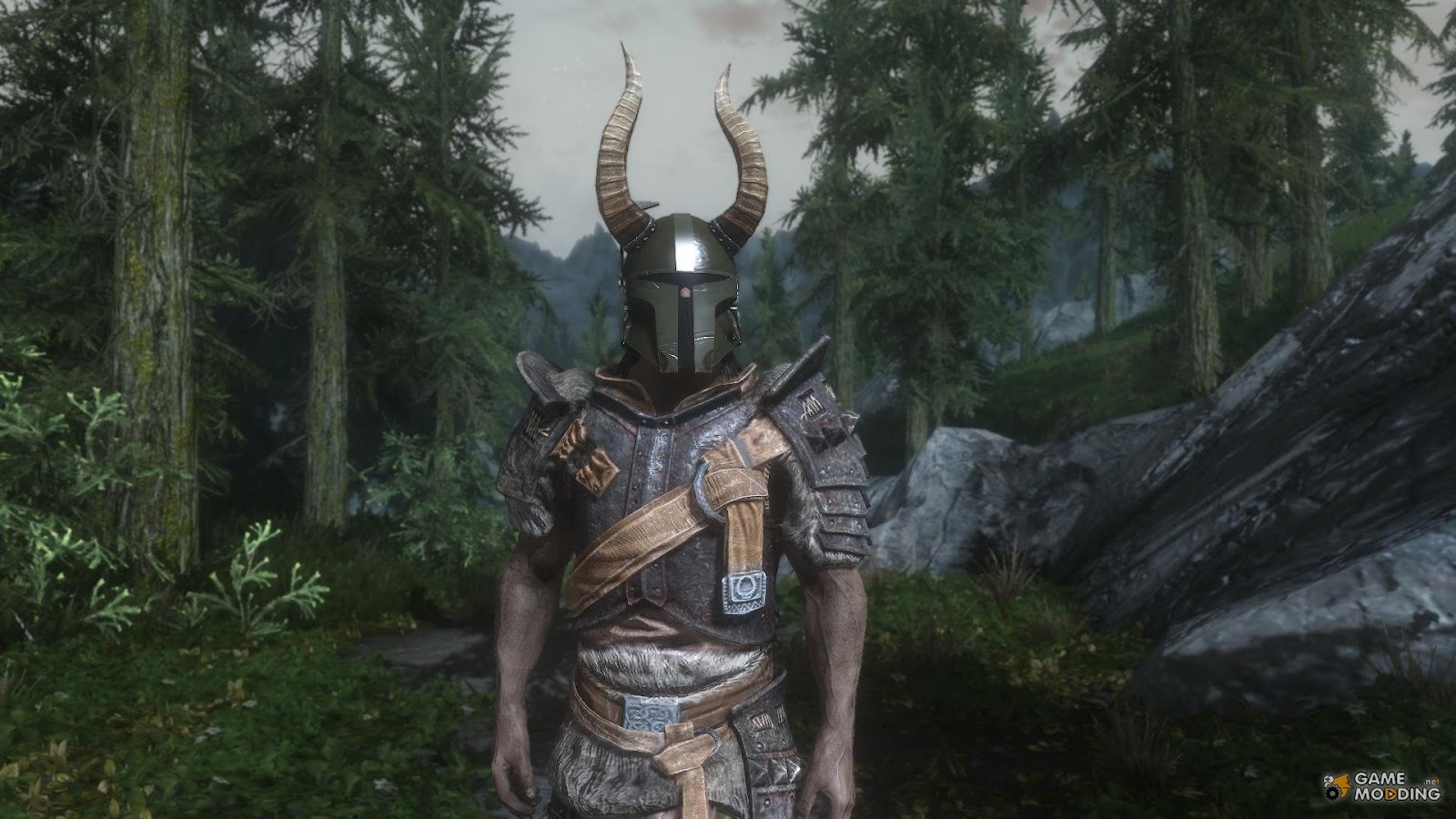 Thanks to, if my memory serves, Lee Friskilis for the awesome perk and equipment spreads. Stay tuned for more builds from me!