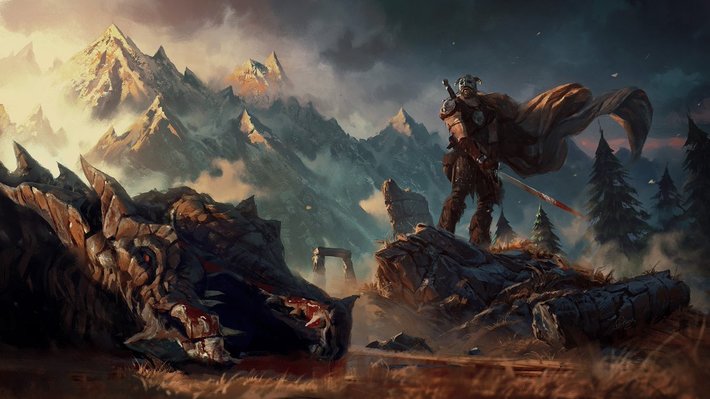 The 'classic' Dragonborn character (at least in my mind) - A Barbarian-type Nord proficient in two-handed & heavy armor, making heavy use of shouts.

Good for taking on a wide variety of content both gameplay-wise and lore-wise. Serves as a good introduction to Adamant and/or The Phoenix Flavour. Created during TPF Release 3.3.3 and Adamant 3.0.2.

This build was created with The Phoenix Flavour mod list.

The Phoenix Flavour is NOT required for this build. This build is an Adamant build at heart.

If you wish to use this build without the entirety of The Phoenix Flavour then the barebones essential mods are as follows:

"Skyrim legend tells of a hero known as the Dragonborn, a warrior with the body of a mortal and soul of a dragon, whose destiny it is to destroy the evil dragon Alduin."

As prophesied by Alduin's Wall, The Dragonborn has risen to face the threat against Nirn. The Dragonborn is Chaotic Good as he believes in doing what is right, however, in the fight against Alduin he will ultimately stand alone, and therefore must make his own way. The Dragonborn will also do whatever it takes to stop Alduin and his army of dragons, regardless of the consequences. The Dragonborn holds a strong, and personal, connection to Talos, vowing to defend the people of Tamriel as stated in The Ten Commands of the Nine Divines. The Blacksmith's Tribute set is added by The Phoenix Flavour via 'aMidianBorn Content Addon' mod and can be found in the chest just outside High Hrothgar. If you only installed the essential mods then your early game set should be full steel armor.

Our early game weapon is The Greatsword of Whiterun: Thu'um Fahdon which is awarded upon becoming Thane of Whiterun. With this weapon time between shouts is reduced by 20% for 20 seconds on strike.

Once 'Alduin's Wall' is complete, swap your current set for a full set of Blades armor. Once the quest 'Unfathomable Depths' has been completed the 'Ancient Knowledge' ability enables a 25% bonus to Dwarven armor (and weapons with the 'Morrowloot Miscellania' mod included in The Phoenix Flavour). Our new set should also be tempered to whatever level your smithing skill currently allows.

With just the essential mods installed it would be best to hold onto Thu'um Fahdon for a little longer.

The Nahkriin Dragon Priest mask can be obtained during the main quest at Skuldafn. With this mask and the Atronach Stone, The Dragonborn will achieve 65% spell absorption. 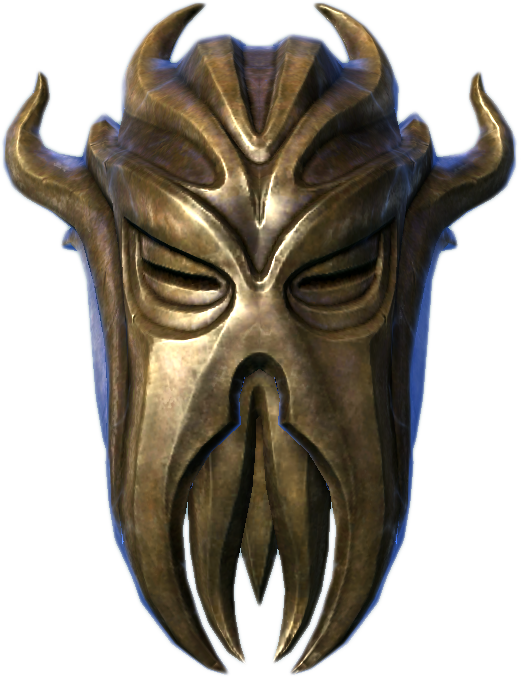 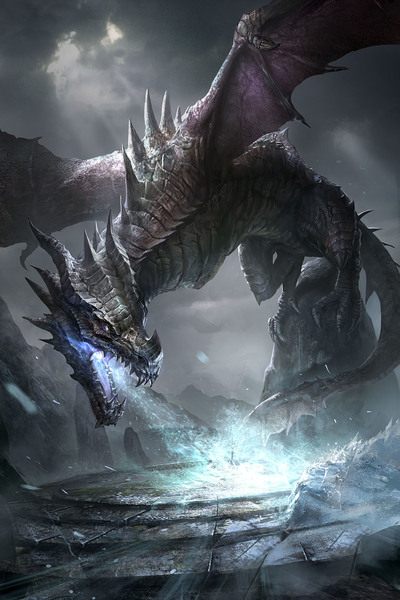 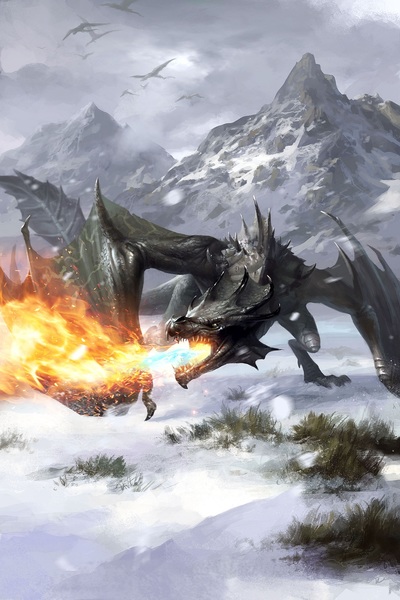 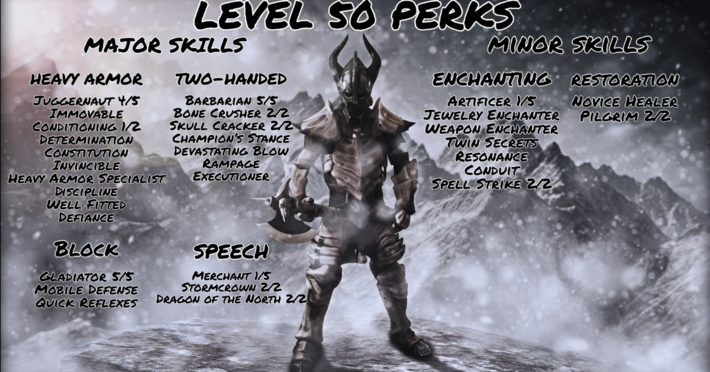 A Note on Smithing:

Smithing is levelled in order to craft and temper end game gear. The following perks should be taken:

After Miraak is defeated and all relevant gear is obtained and tempered you can use the Black Book: Waking Dreams to respec the smithing tree and distribute the 10 perk points into other trees.

Now onto our major and minor skills:

Our heavy armor perks allow us to get up close and personal. Since we are constantly power attacking the Determination perk greatly aids in damage mitigation. Immovable and Constitution help protect The Dragonborn from dragon physical attacks and dragon breath attacks respectively.

The main reason for investing into the block tree is damage mitigation. With block accompanying heavy armor The Dragonborn will take greatly reduced damage from physical attacks. Mobile Defense and Quick reflexes allow us to dodge enemy power attacks with relative ease.

The speech tree provides the primary buffs to our shouts, giving us both shout cooldown and shout damage. Our increased shout damage allows a good deal of damage dealing shouts to remain viable well into the late game.

The enchanting tree provides The Dragonborn with a safety net when it comes to difficult fights such as going up against high level dragons. With the Twin Secrets perk, The Dragonborn can enchant their Dragonbone weapon with absorb health and absorb stamina. Absorb health allows us to stay alive when taking damage during our power attacks, and absorb stamina enables us to power attack indefinitely. These effects are further enhanced by the Spell Strike perk.

A light investment into restoration allows us to receive additional blessings, giving The Dragonborn an additonal 50% shout damage.

Since our early game sets are guaranteed and the mid game gear is easily found from Dwarven ruins, we won't be needing to spend money on buying gear and can sell essentially everything we pick up. This will help to level speech which is required for shout perks and allow us to save money to buy restoration training. Whilst restoration levels can be gained from using the healing spell here and there, buying training will be our primary means of levelling restoration as we aren't putting any points into magicka. We will also need to save money in order to level our smithing.


Remember to pray every now and then to keep your blessing active and to talk to Esbern to renew Dragonslayer's Blessing (10% increased critical hit chance vs Dragons for 5 days).


Fire breath can be used to ignite oil slicks and it is particularly useful against vampires, frost atronachs, ice wraiths, trolls, and frost trolls, who are all vulnerable to fire.

Lydia can aid in the early game or you can hire mercenaries with your extra Septims.


Swap to the Mage Stone if actively levelling enchanting. The wooden mask found at Labyrinthian also allows you to learn all skills 5% faster.

Early on it is important to play defensively by utilizing block and bash. Once you obtain the Become Ethereal shout and have a faster shout cooldown, you can avoid damage altogether. You can simply become etheral, power attack your enemy and then re-cloak and rinse and repeat.


Unrelenting Force is particularly useful early on in the playthrough. When going up against enemies that are more challenging the shout can be used to stun or knockdown your foe, allowing for some easy hits.


Soul Tear does decent damage with our buffs to shout damage. This shout can be used to soften enemies up whilst you get in range or kill enemy archers that are keeping their distance. It can also be used to soul trap enemies and fill the Black Star.


The Dragon Aspect shout will make dragon fights much easier. With this shout you will have 100% shout cooldown and a 25% damage boost to power attacks. The storm call shout can be used and then immediately followed up by another shout such as soul tear, due to the 100% cooldown. 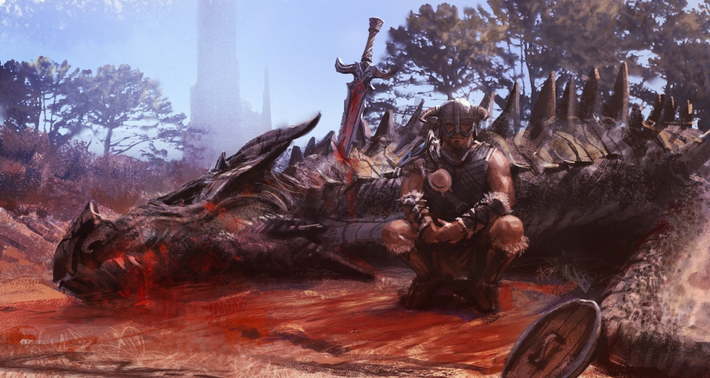 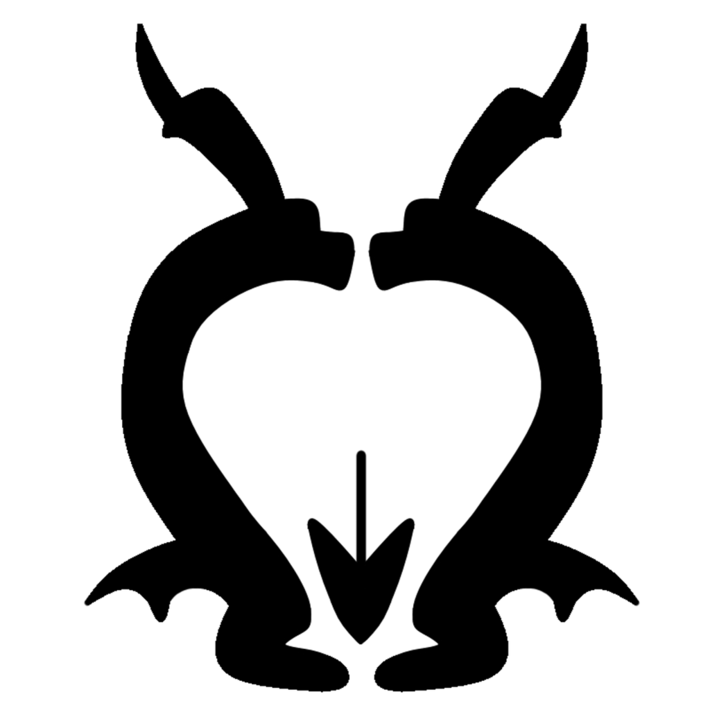 With these three abilites The Dragonborn will have 100% chance to resist stagger from power attacks and bashes.

Absorb stamina allows The Dragonborn to keep up a barrage of power attacks, with each subsequent power attack becoming more deadly. This combo can become even more deadly when paired with a debuff shout such as marked for death and a high damage shout such as storm call. Shouts can easily be chained in quick succession due to 100% shout cooldown from Dragon Aspect.

The main quest line is vital to The Dragonborns story, learning what it means to be Dragonborn, joining The Blades, honing your Thu'um and finally defeating Alduin.

In regard to the various guilds of Skyrim and daedric quests, The Dragonborn will do whatever it takes to reach words of power and use whatever tools necessary to eradicate the dragon threat:

The Phoenix Flavour includes hundreds of mods across forty categories, all carefully selected to fit a lore-friendly, improved but not radically changed Skyrim. The Phoenix Flavour strives to provide a solid upgrade of the vanilla experience with modern visuals and additional content. Essentially, The Phoenix Flavour is a mod set up which provides a vanilla+ experience, enhancing the existing game without attempting to turn it into something entirely different.