The nightmares plaguing this land--the undead, the vampires, the Daedra--they are rage. Brutal, without mercy. But he... he is worse. He alone can stand before the horde. His rage is their terror, and his might... their DOOM...

The concept for this build arose with the release of DOOM Eternal, which really got me itching to see how I could incorporate the DOOM Slayer's signature speed, ferocity, and weapon mastery into Skyrim. The resulting build is my little twist on the combat archer archetype, providing a fast-paced and brutal combat experience at all ranges. Get ready to rip and tear as you become... This build makes use of a couple of common mods to enhance the gameplay experience to truly demonic proportions. Difficulty: Ultraviolence Er, this build should be played at higher difficulties, to encourage tactical thinking and non-stop movement. Being cornered or taking just a few good hits should be a death sentence, so adjust the difficulty accordingly.

Race: In staying as faithful as possible to the DOOM games, the Slayer will be one of the human races. I personally chose a Nord because of their disposition towards warrior classes, but feel free to choose a different race if you want. Turn the weight slider all the way to the right for some big ol' biceps. It just won't be the same otherwise, trust me.


Stat Spread: 0 M / 2 H / 3 S. The Slayer will need a decent Health pool to stand a chance in the heat of combat, and a huge Stamina reserve is necessary to stay mobile.


Standing Stone: Warrior -> Shadow. The Warrior Stone will aid in leveling up combat skills early-game, and will later be changed out for the Shadow Stone for a 20% increase in movement speed during combat.


*May or may not be perked

The Slayer wears ancient armor, imbued with powerful magic that will enhance his already-formidable abilities.

In my opinion, the Ancient Falmer Armor set best suits the aesthetic of the Slayer. It looks almost alien, and gives the Slayer an other-worldly appearance befitting of the demon-killing beast that he is. During early game, I recommend using the Chitin Armor set paired with a Dawnguard Helmet to achieve a similar aesthetic.

The Slayer is unmatched in his speed, strength, and precision, employing a variety of weapons to dispatch his foes with brutal efficiency.

When in close quarters, the Slayer will not hesitate to resort to his bare hands, ripping and tearing until it is done.

In times of darkest darkness, unsheathe this blade, and its light will burn away the corruption.

Note: When enchanting the Crucible Blade, be sure to use a Petty Soul Gem to power it. This will limit the number of hits you have before needing to recharge it, which will help encourage you to use it sparingly, just like in the real game. If you so choose, you can also use one of the many mods that literally add DOOM Eternal's Crucible Blade into the game (like this one) instead of an enchanted greatsword. 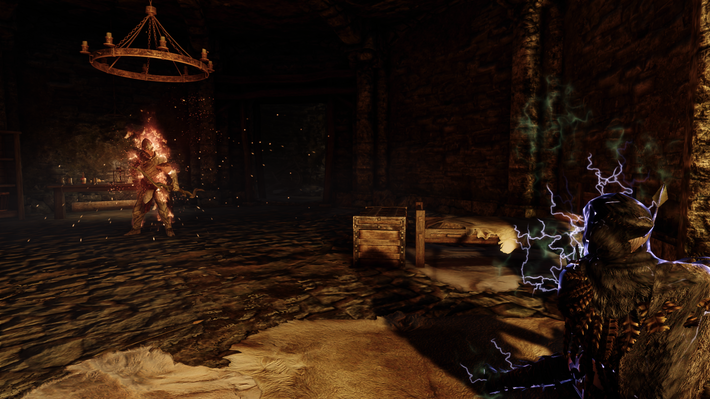 The DOOM games are readily recognizable for their vast array of unique guns for you to use. However, Skyrim's options for projectile weapons are significantly more limited in that regard. To circumvent this issue, the Slayer will utilize and cycle through various bows with various enchantments, each with a specific use and rhythm. If you ever played Skyrim and thought to yourself "how can I make this more like an FPS?" this is how you do it.

Note: In order to make managing these weapons easier, you may want to use hotkeys. Not only does it make switching weapons more seamless, but it also helps add to that DOOM feeling just a bit.


Of course, this wouldn't be a proper DOOM build without its perhaps most recognizable weapon. I present to you the BFG of Skyrim...

This ancient artifact of Auri-El himself draws its power from Aetherius, channeling it through the sun. 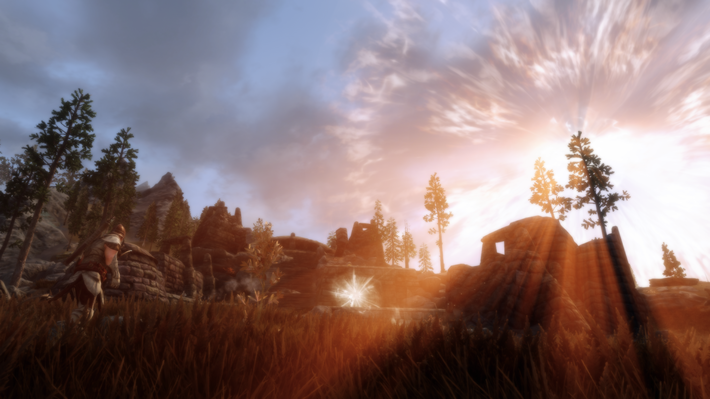 If there ever was a Big Freakin' Bow in a game, this is it. With normal arrows Auriel's Bow is fine and all, but it really shines when paired with the Sunhallowed Arrows. By firing Sunhallowed Arrows directly at an enemy, you can concentrate a fairly impressive explosion of sun damage onto them. But for the true BFG experience, fire a Sunhallowed Arrow directly into the sun. The effect is a series of devastating and awe-inspiring explosions targeting all the enemies in your vicinity.

DOOM Eternal introduced a few new abilities for the player, which surprisingly have a fairly straightforward counterpart in Skyrim: Shouts. For this build I only found it necessary to acquire one Word of Power for each Shout, but there's no reason you can't go above and beyond. 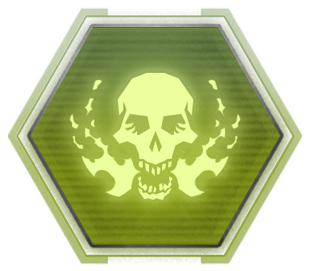 The Slayer fires a short burst of flames, setting the enemies in his path ablaze for a brief time. 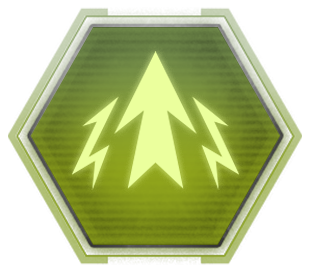 The Slayer quickly propels himself forward for a short distance, out of reach of his enemies' claws. 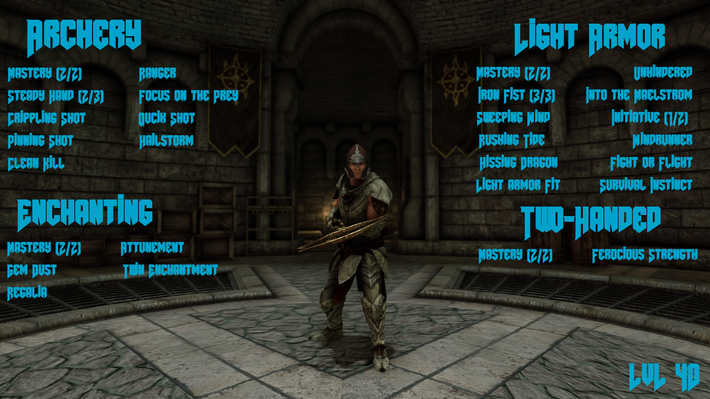 Archery: This skill is the Slayer's primary damage dealer at medium to long ranges. The majority of perks will focus on staying fast and mobile with the bow, as opposed to taking slow shots from afar. Especially important will be the Ranger and Focus on the Prey perks, which will allow the Slayer to move quickly and not be staggered with a drawn bow.


Enchanting: The Slayer will use magic to enhance his weapons and armor, allowing him to expand his arsenal to include all of his different bows. Because this build has the potential to get extremely strong, we will avoid perking too heavily in Enchanting. The key player here will be Twin Enchantment, which will help with weapon and armor specialization.


Light Armor: Protection isn't much of a priority, because the Slayer isn't meant to tank damage beyond a few hits. Instead, Light Armor will provide a massive increase in speed during combat, giving the Slayer enhanced evasive capabilities. Light Armor will also open up Ordinator's unarmed branch, making the Slayer's fists a formidable weapon on their own. Hissing Dragon will let you choose an elemental effect to apply with each blow; I personally recommend Fire.


Two-Handed: Of the Slayer's set of skills, this one will see the least amount of use. Only in the most pressing situations will the Slayer resort to his fearsome greatsword, so the perks we will focus on for this tree are simply the increases in raw damage output. Deficiencies in damage will be more than compensated by Enchanting. 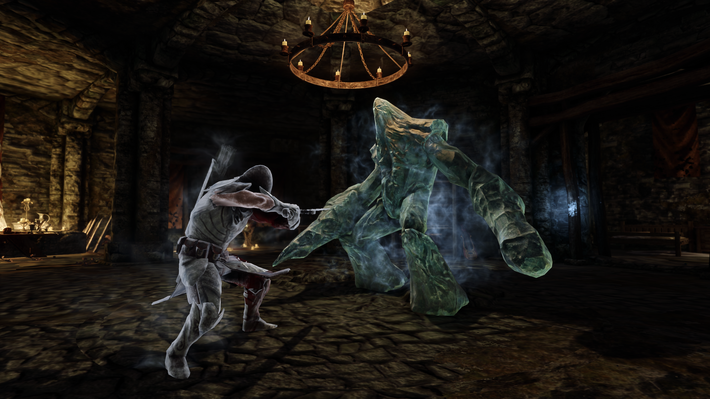 The main takeaway here is that while you are capable of pumping out tons of damage and decimating your enemies very quickly, you are just as capable of being destroyed yourself if you make a mistake. Because your Health and armor aren't very substantial, movement and good decision-making is critical.


The combination of Light Armor perks and the Shadow Stone will give you the movement speed you need to effectively maneuver the battlefield and avoid damage. Try to keep your enemies at medium range, where you can safely pelt them with arrows from your various bows. If they get too close, you can either Dash to a safer position or resort to your fists. If you time your attacks properly, you can get in some hits after moving in right after a missed attack.

Combat will have a certain rhythm to it as you cycle through your bows. Your assault bow will probably be your most used, perfect for taking out the weaker and more plentiful enemies on the field. For magic users or the heavies, your plasma bow can either neutralize them with shock or paralysis, which will let you focus on other enemies. Your super crossbow can either be used to take out clumps of enemies with Exploding Bolts or to deliver a devastating punch to the stronger ones. I recommend pairing your Flame Belch with the Exploding Bolts to deal the maximum amount of damage to groups.

And finally, when there are just too many enemies, or you really want to watch them burn, use your Big Freakin' Bow to fire a Sunhallowed Arrow into the sun, and enjoy the show. 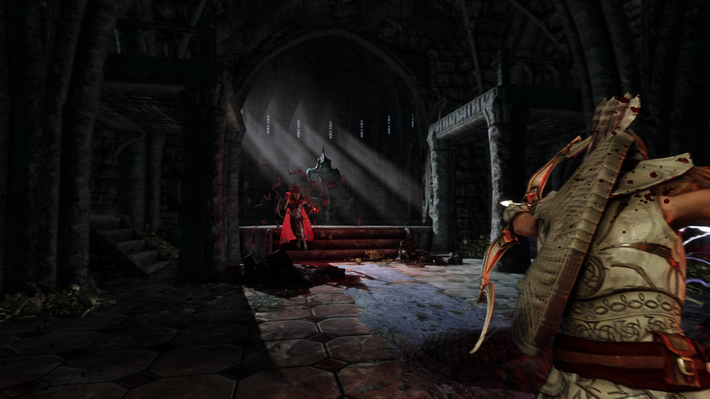 The Dawnguard Questline: The Slayer will join the Dawnguard after hearing of their presence in Skyrim, and will quickly establish himself as a ruthless and efficient vampire killer. He will uncover the vampires' plot to control the sun, and put a stop to it by killing Lord Harkon.


The Taste of Death: The Slayer will investigate the Hall of the Dead after hearing of the bodies being eaten, only to encounter a worshipper of Namira--a cannibal--within. He will kill Eola without hesitation, putting a stop to her foul activites for good. Spiting Namira is a bonus.


The Break of Dawn: Cooperating with one of the Daedric Princes may be unsavory, but the Slayer recognizes it as an effective means to rid Skyrim of more evil. He can deal with Meridia in due time.


Waking Nightmare: During a visit to Dawnstar, the Slayer hears about the town's nightmares, and immediately suspects dark forces at work. He follows the trail to the Skull of Corruption, which he destroys without hesitation. Vaermina certainly won't be pleased, but the Slayer couldn't care less.


The Man Who Cried Wolf / The Wolf Queen Awakened: Mere rumors of strange lights in a cave are reason enough for the Slayer to investigate. He will arrive just in time to disrupt a vile ritual attempting to summon the dreaded Wolf Queen Potema, who he will later put down for good.

One can only wonder at why he feels such rage, why he is so hell-bent on driving all evil from this world.

The Slayer is a man of action rather than words... very angry action, but action nonetheless. Try to avoid dialogue whenever possible, and when it is unavoidable, choose either the shortest or most hostile options. The Slayer isn't interested in making friends.


When given the option, always choose to Intimidate rather than Persuade or Bribe. This is where you may want to put a couple of skill points into Speech Mastery, to greatly increase your chances of success at Intimidation. Nothing kills the "I am an unstoppable monster-slaying machine" vibe faster than some farmer scoffing at your mean face.

The Slayer has faced the Daedric Princes, put down the resurrected Wolf Queen, and killed Lord Harkon himself. But his work is far from done.

The rest of your playthrough is fairly open-ended; evil lurks in every corner of Skyrim and it's up to you to fight it however you want. Some possible starting points include:

And there you have it, my attempt at turning Skyrim into an FPS. I have truly sinned now. In all seriousness, I hope you enjoyed my version of the combat archer, and hopefully you got the DOOM vibes I tried to weave into this build. Until next time, happy building!

Be sure to check out this absolutely fantastic gameplay video by Kruger!