The Nord looks down, kneeling on the ground as the bolt still charged on the crossbow pokes at his head. His lungs are burning, his quicksilver axe stuck on top of a branch, he's sweating heavily. His legs are shaking, and he can only think on one thing: The coming sharp and cold noise of the weapon's rope. There's no fleeing, only silent and painful, crushing defeat and death.

He should have listened to the stories, a man tall as a tower, with golden hair, of unparalleled cruelty and destruction. A wandering cataclysm with raging thunder and scorching chaos inside of his body.

The bandit closes his eyes, waiting  for a piercing bolt that never comes. He stays like this for ten seconds- or a minute? He can't feel time anymore. When he finally looks around again, lifting his head slowly, no one's there. Then he finds him again, that speck of red on the horizon, running as fast as it can from the outlaw's camp, the bandit's meal in hand.

Tomorrow, he'll give himself up. Better jail than another encounter with that... Typhoon of a man.

Who? Story, Quests and Roleplay:


You are a force of nature, a master of archery, especially with crossbows. However, you are also your worst enemy. The Stampede, is responsible for incredible ruin and wreckage, having even destroyed Helgen, an entire city! Your body contains immense and incontrollable magical power.


As such, you will kill (in plain view) with lightning and fire at least one person in each hold except for two of your choice (a smaller one, and a larger one: For exemple Whiterun and Winterhold.). But even though you are the cause for so much grief and killing, you never wanted any of it. You cherish all life equally, human or animal, men or mer. While you will use your crossbow or bow, you will never kill with it.

It goes without saying, that certain quests and questlines are off-limits: The Companions and Dark Brotherhood for exemple.


However, for certain quests such as the Dragonborn DLC mainquest, where the only real fight is ended by Miraak's death at Mora's hands, unwanted deaths are okay. As well as quests like the Thieves Guild where Mercer must die: it is authorized to use the unleashed destruction magic to finish him off, but not before trying to paralyse, pacify or incapacitate him. Follower kills are still your responsability though! Dawnguard will be trickier, because i personally consider Vampires as entirely sentient and as such, live people. Falmer as well.


What you can destroy/put an end to are: ANY MACHINES OR CONSTRUCT: This includes dwemer automatons and ash spawns/guardians. UNDEAD: This includes Reanimated Corpses, Draugrs, Ghosts, Dragonpriests, Skeletons, Frozen Falmer, but Vampires are entirely your choice. DEADRA: This includes Dremoras, Atronachs, Familiars, Lurkers and Seekers, as they just go back to Oblivion after being defeated.

Take the Altmer (High-Elves) race, for magicka, being hated everywhere in Skyrim, and most importantly because you're a TALL BOY with blond hair (picture at the end).


You can have facial hair if you want, but nothing close to Gandalf's beard.

-Magicka for Illusion, a bit of Healing/Alteration and some Destruction.

-Stamina for the most important part of combat: which would be running the fuck away.

-Sneak [Sneaking past enemies and avoiding conflict. Fleeing. NEVER SHOOT AT A FOE WHILE SNEAKING! YOU AIN'T NO KILLER.]

-Restoration [We do a little healing, yourself and others. No sun spells.]

-Alteration [Flesh spells can help, as plot armor for exemple (only in hard fights though). Paralysis and Ash Runes are excellent as non-lethal traps (sand or net).]

In the beginning, any light armor will do. No helmet, and gauntlets are optional but recommanded. Any bow with any arrows (Silver Colt). Enchanted items are okay but don't take anything that boosts damage output.

In midgame, you can start worrying about drip: Red light armors are your best pick for the character's aesthetic: Solitude Guard's armor, Red Vampire armor or Red Dawnguard armor are the best in my opinion. Steel Crossbow (Silver Colt). Any thunder or fire-based staff for the rare destruction usage. No headwear for now.


No more than 30 lockpicks in your inventory at any time so you can actually run out of them.


Every single Illusion perk, except Rage, every perk on the left side of the Archery skill tree, no more than one damage perk though. Sneak perks are as follows: Stealth (up to 3), Muffled Movement, Light Foot, Silent Roll. Restoration perks are: Novice Restoration, Respite. Light Armor perks are: Agile Defender (up to 5), Custom Fit, Unhindered, Wind Walker, Deft Movement.

It is up to you to judge what perks to take in what order, i would recommand investing into Illusion early on, then Sneak, then the rest.

-Disarm shout: Only usable after shooting/bashing an enemy.

-Dismay/Fear spells: Only usable on people: animals and giants don't know your reputation.

-Kyne's Peace/Calm spells: PEACE AND LOVE (This is the most bulshitty part of the build), after wearing down an enemy you can make peace with them. Disclaimer: doesn't work on dragons and non-intelligent beings. Giving meat to wild animals also gives you the right to pacify them, worked on the High Hroathgar Ice Troll.

-Bend Will/Dragonrend: Pacify Dragons after reducing their health to at least half. Or run away after forcing them to land.

-Destruction spells/Staff/Storm Call: Uncontrollable Catastrophe. Basically a Deus Ex Machina for protected NPCs that MUST die. You do not feel good after killing someone this way.

-Paralysis/Ash Rune: Hole or Net trap! Incapacitate your foes without causing any harm.

-Telekinesis/Sneak archery on rocks/Muffle: Distract your enemies and sneak past 'em.

Then? Wrapping up the build:

I have a few tips and tricks to better simulate the mercenaries, companions and other bounty hunters sent for your head:


-Get a lot of bounties, everywhere. This makes a lot of guards hostile, and sometimes the Companions themselves will come after you!

-Go in a lot of shops/houses and steal. Also steal from places like Anise's Cabin and hit some people in the teeth. While this isn't really good RP, it triggers high Hired Thugs spawn rates. Also makes people not like you.

-Other hostile encounters such as: Enemies with their race as a name (which are always hostile i think), Dark Brotherhood assassins, random bandits, ... Can all be considered bounty hunters or people hired to hunt you down/attracted by the reward for your head. Keep in mind that you can never be taken to prison or pay for your bounty except if it really is impossible to complete some quests otherwise, as it would mean an immediate execution. Also, bribing, intimidation or persuasion are all useful tools to keep a situation under control. My way of avoiding paying a bounty is getting plastic surgery under Riften to void one bounty (jail time). And then "get recognized" by getting a bounty again.

-Never forget that combat is not your first option: sneaking, distractions, running past/away or intimidation/peace and love are all better weapons that mindless killing or saying "oh, i went berserk with the magic!" at every inconvenience: Always take the hard way if it means you get to not kill.

I just want to add that this Build is one of my first ones, despite the fact i've been lurking in the community for a while. And though it was a bit rushed i hope it's somewhat good. Also, i have no screenshots because i play on the good old Playstation 3. No mods, old 2011 graphics and no screenshots. Sucks but hey, as long as i'm having fun.

This is based on Vash the Stampede from Trigun. 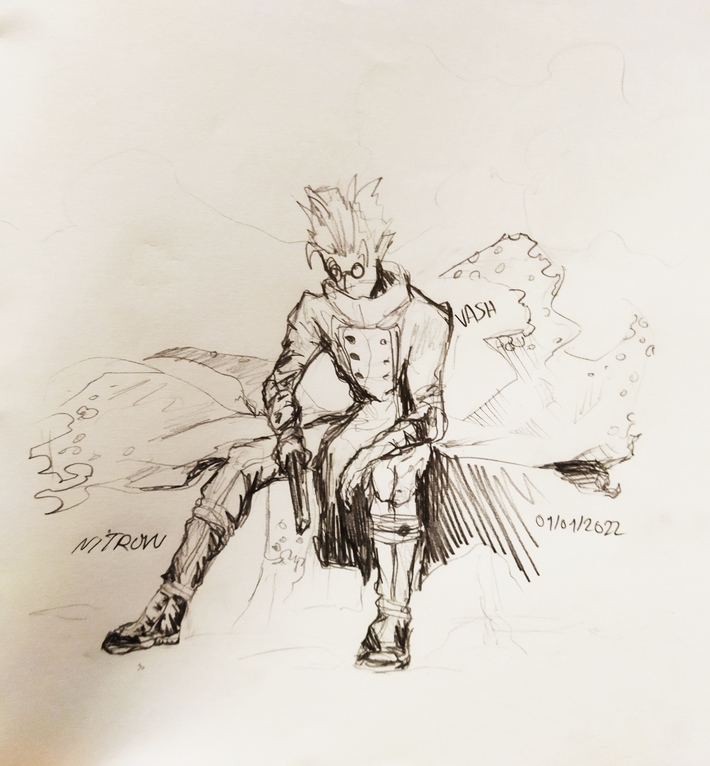 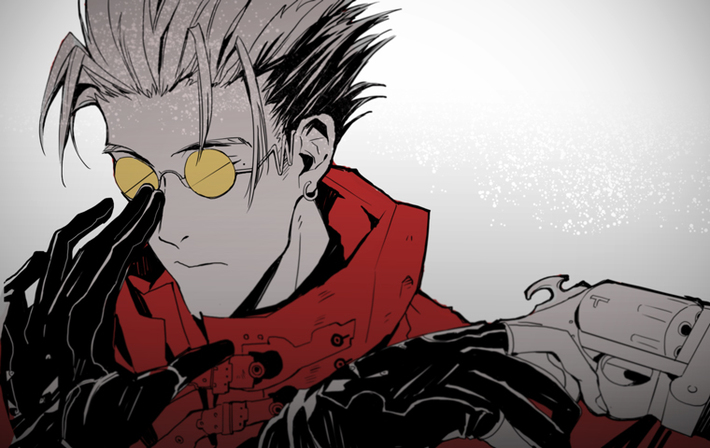