Disclaimer: This build is my take on the build guide from Furrion17, The Hex Weaver. By all means, go check it out and, if you are like me and end up thinking "having to switch constantly between spells and swapping them out is a pain in the bum"... Maybe this is the build for you.


How long has it been since I last saw the sunlight? Or even another person... Mara help m-
...
No. They don't deserve any more prayers. I'm on my own... Time to get out of this hole.

As the Third Empire was being cornered on multiple sides by the Thalmor, the Stormcloaks and even the local "fauna" that ravaged their troops even before managing to reach the battlegrounds; General Tullius started a secret proyect to create super-soldiers by any means possible.
And so, a watchtower in Eastmarch was constructed with the alibi of it being a regular prison for dangerous criminals. While at the beginning they only experimented on actual criminals, the alchemists and mages soon discovered that the younger the subjects were, the faster their bodies adapted to the chemicals.
Normally Tullius wouldn't approve such actions but he didn't have a choice, now even the Forsworn were rebelling and man-power was scarce... But the more the war went on, the more orphans were lying around.
Alyn Vinte was one of those orphans, and the only one that survived the catastrophe inside the watchtower.

THIS IS A MODDED BUILD, granted, can be played without any mods but you'll be missing a lot.

Want to turn it up a notch?: 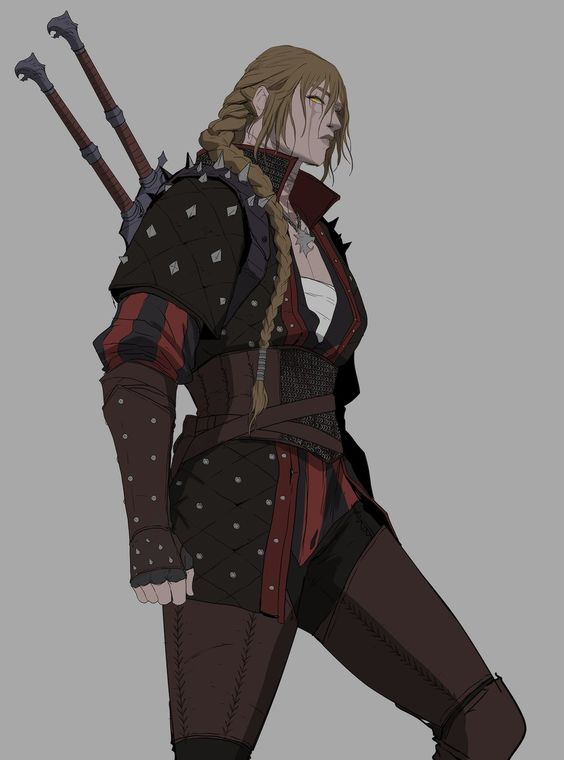 I've slain countless dremora, giants... Even a couple of dragons... So why men keep throwing their lives away attacking me when I'm clearly armed? Am I that pretty?
Alyn talking with a shocked bartender after butchering 3 bounty hunters inside a tavern.

Race: Pretty much anything goes; but for roleplaying purposes I chose an Imperial, thanks to Imperious this race starts with:

Standing Stone: The Warrior is a go-to, but later when she starts getting some perks and you unlock the stones powers, she might want to swap it to The Lord.

Age: Unknown; Her physical appearance is that of a woman around her 30s.

Religion: Prior to her kidnapping, she was taught to praise the Eight Divines. After living such hell while imprisoned Alyn doesn't care anymore, seeing the Aedra and Daedra the same: a means to an end.

Alliances: Imperial Citizen (Prior). Currently she doesn't want any ties.

Alignment: Chaotic Neutral. Being used and controlled almost all her life, Alyn values her own freedom over anything else. She won't take any sides unless there is good coin in it for her; be it killing monsters, saving people in need or aiding a organization, if the job is worth her time, she'll do it no matter who's the client.

Personality: Alyn is a quiet and distrustful woman. She doesn't want (or need) friends only to hold her down. As such she'll try to travel and work as a mercenary alone as much as possible. and when forced to cooperate with others will disregard their safety, focusing on completing the job... That is unless the job itself is to protect someone or something.

Weapons: As we are going for a Two Handed build, we'll need Greatswords, two of them of course.

Armor: Any light armor would do the job, but if you don't have any mods regarding this and want something along the lines of "Witcher Gear", the Dawnguard light version is a perfect fit.

Jewelry: This is your own choice, but for the sake of this build... 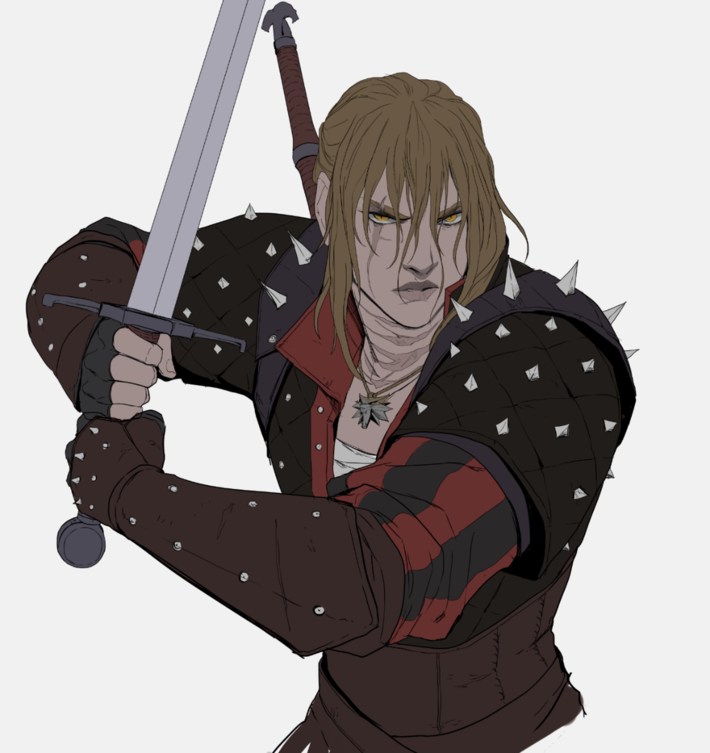 Stats: 0 magick, 10/15 health (I'd recommend 15 if you are using Wildcat with Burst Injuries), everything else into Stamina.

Two-Handed: Her body is not that of a regular human anymore. Wouldn't make sense for her to use regular swords when she can brandish something heavier.

Pff-... Seen kids playing with bigger swords than yours!

Alchemy: Alyn learned a lot about concoctions and poisons while being subjected to them.

Never thought I would be grateful to those bastards...


Light Armor: She might not be a regular human but a strike in the heart is still mortal. Still, mobility can't be sacrificed.

Want me to tank a Giant? Drop the Skooma.

Speech: Alyn doesn't really talk a lot... But that makes it even more frightening whenever she does.

Nazeem, was it? I'm wondering if you could fit both my swords on that big mouth of yours.

Block: Sometimes is not even worth trying to dodge a strike. Why would she roll away of a meager thief when she can easily bash his little dagger away?

Did you really expect me to take that obvious blow?

Smithing: Bought and found equipment is fine... But why stop there when she could craft some or upgrade them?

Adrianne we all already know you aren't the best smith, now could you shh for a bit?

Usually here I would write down some "RP locked" potions and poisons to follow the Witcher lore, but adding a mod as CACO, you would be missing on a lot if I limited the number of effects Alyn is allowed to use.

This doesn't make her overpowered by any means, thanks to the combat mods, you still need to plan and prepare for the fights.

The Signs are weak and basic spells that Witchers use in combat to balance their skills with the blade. Now some may be thinking "But so far you seem to disregard any sort of magic in this build!" and congrats! You are right, using magic would mean needing to use One Handed and swapping spells (and even unequipping them to block). And while it can be viable it's a mess unless you use some mods to fix that.
So instead we'll be using the next best thing: Shouts.

(Side note: We'll only be using the first word of each shout, except with "Axii" as you need to use 2 for it to work)

With Axii she can turn the tides of a battle, making people and animals temporal allies.

A burst of flame that engulfs her enemies for a few seconds. Deadly against undead.

Alyn uses Quen to defend herself, allowing her to avoid dangerous blows or traps completely for a few seconds.

Using Alternate Start Alyn will begin her journy in that same cell inside the "Abandoned Prison". Be careful, not only she'll have limited lockpicks... But it seems she isn't the only one roaming it's halls. CACO: As I said before, this mod adds mortars and pestles that let you do alchemy virtually anywhere, but the good stuff doesn't stop there.

CACO adds a lot of other things like food and cooking, but lets move on.

Roleplay: If you are familiar with the Witcher universe you probably won't need any advice here but for those that don't...

It's true that this build use "low tier" weapons and armor, steel and silver weapons can only get you so far... But here is where the perks and skills come in. Speech buffes your "Signs" to the point that they hit harder and makes Alyn able of (almost) spamming them non-stop. Two-Handed, Block and Light Armor synergizes well, letting you counter attack faster and harder. And Alchemy is the big cherry on top, keeping it all together and giving her the edge against the harder foes.

First of all, none of the art and drawings are my own, and all the credit goes to them.

Secondly... I said it already but this build is my take on the one made by Furrion17: The Hex Weaver so go check his builds out!

And lastly, this is my first ever build (I'm saying it like you can't already tell by the lack of decent presentation...) maybe I'll do some more in the future but who knows. Anyway hope you managed to reach this far and if so please go ahead and drop any thoughts or criticism you have, either about the build, the character... Anything is welcomed!