She knew that joining the Legion will be hard but Orgna never expected that. At first she was caught in ambush with the stormcloaks soldiers and now a dragon. She ran throught the flame looking for a safe place with Hadvar.Yes she almost get her head cut by the soldiers from her side, but is was her duty to join the Empire as her grand mother, her mother and even her father did.

Now it's Orgna Gra Orkul turn and even a dragon will not change that way.

Hello folks jiru44 here for my second contest build. I wanted something simple and fun to play even without mods, and that's what this character is. She will never beiing owerpowered she got some interessing lore and have a nice roleplay side even without mods i present you : 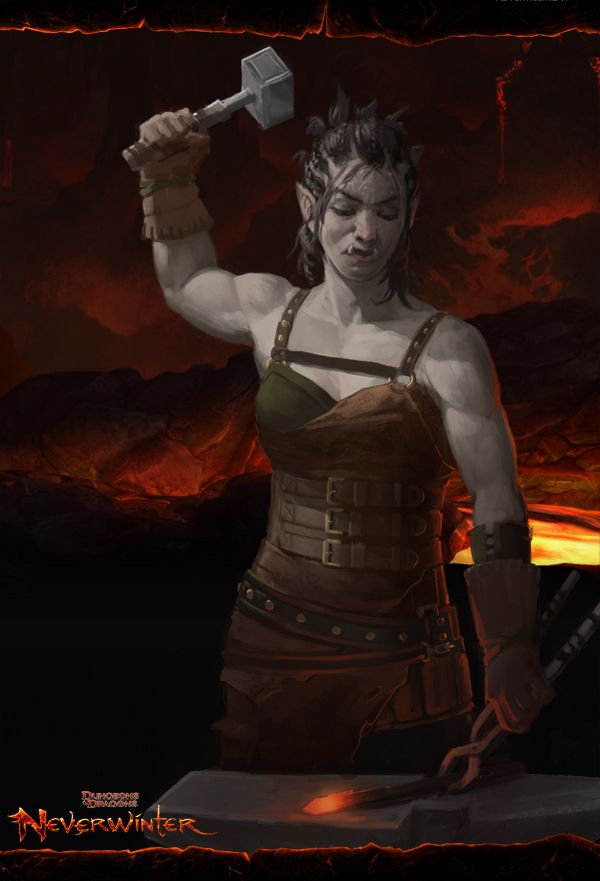 Lore : some small strongholds needed the authorisation of the Empire to settle. In exchange they send hte strongest warrior and the finest craftmen to join the Legion it's call the bloodprice. Int he case of of Orgna she was send to the Empire before knowing craft steel she will learn during her travel how to reach the top of her art as other members of her familly did before.

Race and standing stone : i choose a female orsimer for my roleplay with the lady stone ( witch exept from potions we bought and some enchanting the only way to regenerate health and stamina during combat.

Factions: civil war the Empire, of course and the dawnguard (optional) 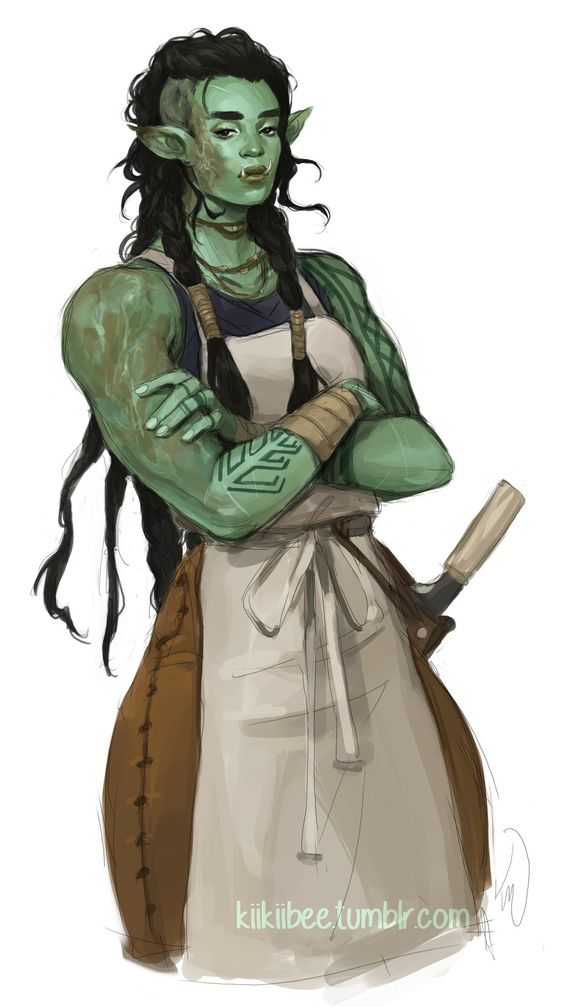 1 weapons: the Longhammer and as backup the dawnguard rune hammer

2 armor: leveled heavy boots and gantlets,smithed and enchanted by yourself but i will come back to that in the roleplay section and a blacksmith apron.Hevronaak's mask to protect you against falmer poison and vampirism.

3 other one hammer and some nails in yours pockets for the immersion.

Shouts: elemental furry, with the three words the Longhammer gets the same DPS than a daedric weapon.The first word of unreleting force is enought to stagger the ennemy fews seconds and the first word of marked for death against the ranged foes specially the dragon. 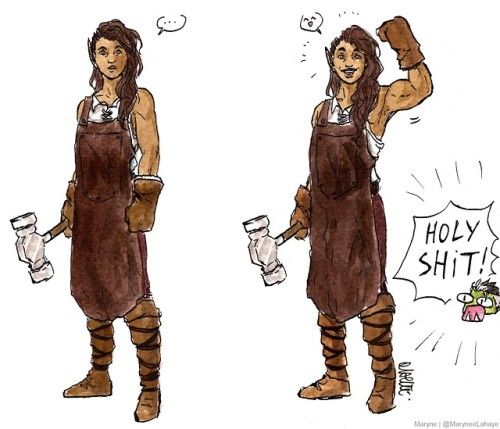 Speech purely for roleplaying reasons i went to the merchand perk and intimidation (an orc with a big warhammer should always be able to intimidate anyone no ?)

Roleplay you are a proud blackmith so exept from the begining in Helgen and for the unique weapons you will use things you craft yourself. Limited yourself at 2000 golds in your pocket but you can get more in town when you will craft little piece of armor and wepons you can sell ( finally and justified way to makes a lot of iron dagger right ?). You are nice with your fellow blacksmith and specially with your kind that you always help.

Quest civil war , destroy the dark brotherhood , a tribe in need (keep Volendrung as trophy), dawnguard even Hearthfire is possible here. Help the blacksmith in each holds and don't forget if you see him to give a good death to the old orc.

I love this character i played her as a grumpy but kind hearted orc.Beware that with the low AR she will be a glass cannon hiting fast and hard but also vulnerable. I had lot of fun with her traveling from city to another at foots , helping some miners and crashing some stormcloack's head in the mary way. I hope you will give Orgna a chance to give you the same simple joy that i had . Au revoir and have fun. 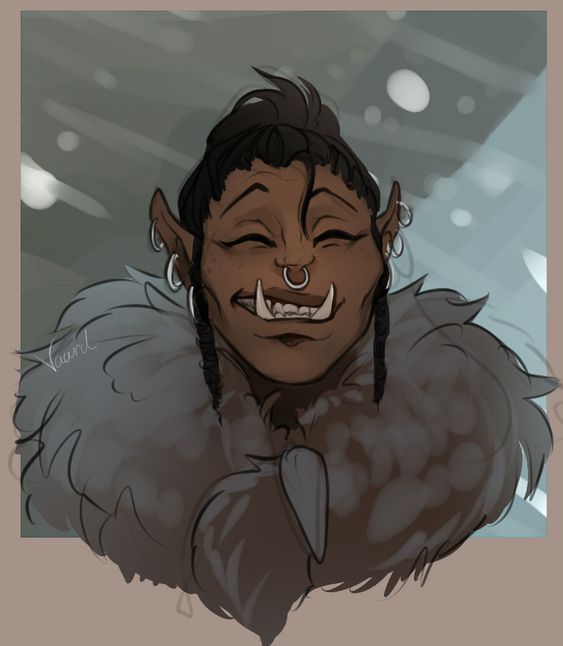