and aggression. I am Ulfric and Tullius. My champion

is of yet unknown, even by old Herma-Mora. I watch,

I influence,I choose. I stand WITH my champion,

Whether in shadow or in an open bloody field.

I stand behind my champion unseen by those

who cannot truly see and finish the ballad

with precision and direction.

This is a definite get it done sort of thing.

SNEAK: This is a “if I don’t perk this up I can’t be sneaky” sort of obvious skill for a Daedra of influence. The prince of endless ballads

I used to be a servant until I claimed the title of prince by my great feats. I managed to influence Mehrunes Dagon into setting me free, a feat later declared Daaljul(Ballad worth Singing) I became unbound, no longer his servant. With this new found freedom I wandered Skyrim through the ages. I saw the rise and fall of many kings and many heroes. I influenced Ysgramor and the 500 as well as the snow elves who had slaughtered the nords. I influenced Talos, and Jorgen Windcaller, Dumac and Kagrenac; so many fell under my aggression and influence. It was at my height of influence when the others grew jealous and stripped me of an ancient helm-like mask by the name of Daaljul, one of my artifacts. The mask of influence and aggression which held great power of voice in all things. 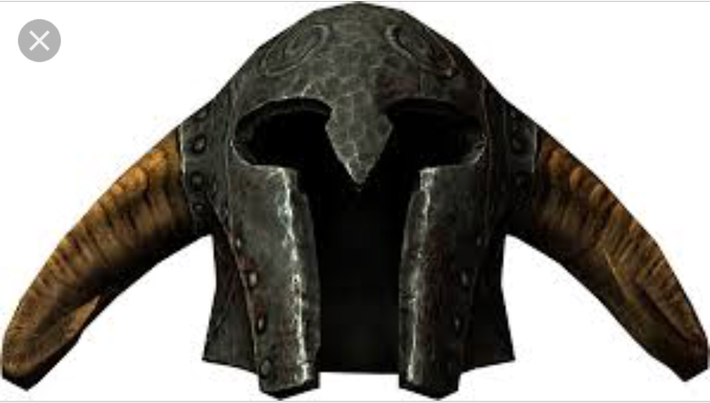 Once my mask was stripped from me I lost influence of the time. Now in the age of aggression, I make my influence known once again. A perfect time for the prince of ballads and influence and priest of aggression to make more ballads for the ages to come. I am named Dragonborn, a Daedra declared Dragonborn, now that is a ballad I can’t wait to influence with the help of my chosen. But who will they be and what influence will we have? This seems a most promising ballad to play.

This build requires some serious thought as it involves making a very important decision which can make or break you. Who will be your chosen champion to wield your artifacts? Yes Artifacts, as in daedric made artifacts and artifacts meaning multiple items that the daedric prince himself forges. So forging will be very important in this build, as well as enchanting.

Artifact 1: Daaljul; the mask of influence and aggression the prince himself wore once.

Artifact 2: The Shifting Relic(named so because it shifts form depending on who the prince names his champion.)For example; if  given to, say faendal, it would take the form of a bow. If Given to Ulfric which I used through the mod RING OF FOLLOWING  It becomes a war axe. Tullius, also thanks to the ring of following, would wield a one hand blade and shield.

I did two play through versions of this, I used ulfric as my champion for one and Tullius as my champion for the other. However who your champion is depends on your own preference, it could be Aela,Faendal,Sven,Farkas, etc. Choose wisely as your champion fights in your name, and if they fail, you grow weaker and lose influence. This can be role played by allowing yourself a weakness, whether that is a disease or say, a vampire weak against the sun.  I failed a couple times, my champion died as we all know they do in some cases. Sven got slaughtered by draugr in the barrow. I role played a champions death by imagining if they went to their knees you killed them, and I did literally kill them sometimes just to signify my displeasure. “Ulfric listen and obey, you are my chosen, you influence the people and I influence you. Together we succeed and Skyrim belongs to the Nords.” “Tullius listen and obey, you are my chosen. You are the pride of the empire in your aggression, and I am the pride of Daedric aggression. Together we quash the rebellion and Skyrim belongs to the empire.” “Faendal listen and obey, you are my chosen. You are the slave of Hircine though you know not. I am your freedom, together we can end Hircines’s influence”

Those three are just a few decisions I made with various play throughs of this build, trust me, there are plenty more Champions you can choose from, and it is all in your hands and thumbs. ;)

A little something to note: this build requires patience, and may not be for everyone, as it is about choosing a champion and not being in the Frey as much as one may like. You will remain illusive, unseen by the champion’s foes through the usage of powerful illusion Magic’s such as fury, and courage as well as other illusion spells. The complete opposite of a tank, as instead of luring enemies to you, you will be luring them to your champion using fury and such. The whole while you will watch as your champion fights in your name, only entering the battle to finish with precision and decision.

This play style will give you influence over battles and decisions, hence your namesake. One moment the enemy is angry and attacking all in their view, especially your champion, the next moment they are calmed by an unknown influence(the prince.) you will also be able to send them running in fear as you allow your true and terrible form to manifest in their presence. This build literally is an influencial powerhouse and depends on illusion Magic’s. Yet I don’t think there is another quite like it out there.

Not only will you influence battle, but you will influence real events in game through persuasion or intimidation. You will get the best prices, and the best options in quests and at vendors. In the end this character truly feels like the Daedric Prince of influence and aggression, also, you truly do end up with endless ballads in your name. Ballad of the Dragonborn

Ballad of the prince: show them what influence is. Use fury,courage, invisibility

Sonata of Dragon: Call Durnhevir or call dragon, Bend Will, then use odahviing or Durnhevir to attack enemies.

Champions Challenge: only use this if your champion has outlived their usefulness and you want a new one. Use Fury on the chosen, soul trap,then use any means to kill them.

Champions Shadow: Use this to mimic the “shadow” of the champion, hard to pull off but amazing when you do. Use invisibility Stay to the right or left behind the champion. At the exact moment they will have finished an opponent use slow time and step forward as you come out of slow motion to take the kill. If done right this will literally look as if your Champions shadow came alive and finished the kill. You will also find yourself viewing an awesome kill cam.

Anyhow, that’s it for my first build. A sort of trial build to seek advice on how future builds should look, any suggestions? Let me know and thanks.