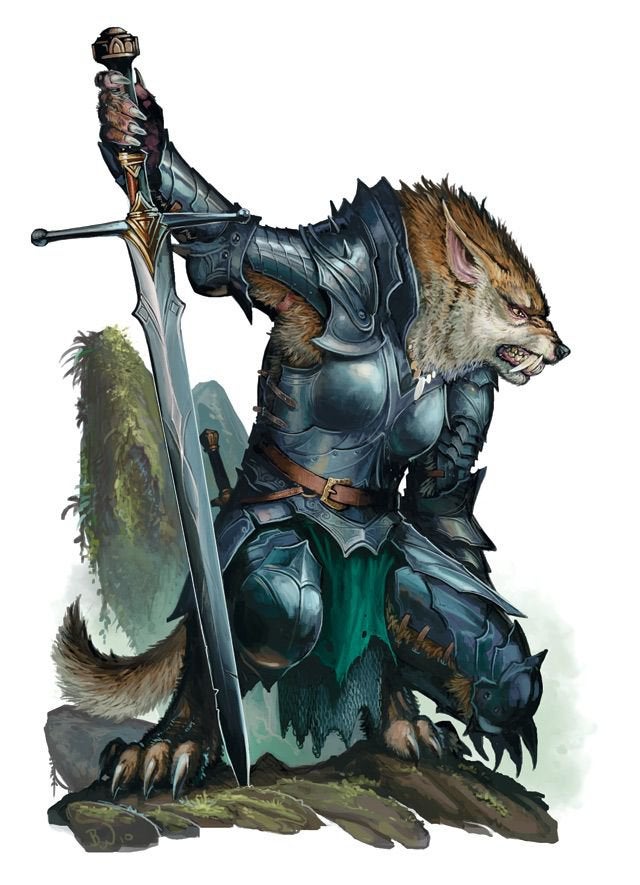 From the begining, even before you became Dragonborn, you despised the Undead. You hated magic and everything around it as it just seemed to revolve around the undead. Being born in Skyrim as a Nord you know the Honor in battle and fight for that Honor. You decided to go and join the Companions of Whiterun, the most honorable thing a true Nord could do. This war against the Empire. That is for your betters, though you support the Storm Cloaks. After a long stay with your shield brothers, you were finally initiated into the circle and were placed the honor of holding the blood of the beast. You are now a werewolf. Finally things are looking up and you really feel like one of the family. Then everything goes down hill that same night. Your Shield Brother is killed by the silver hand and you and your shield sister feel you must take revenge. But again they hit you harder by taking out your trusted counsler Kodlak Whitemane. And they had the gall to do it at your hold.

It is time to settle this, you and your shield brother go and wipe out the silver hand and retrieve the pieces of Wuuthrad. You retern in time for the funeral and last rites. Wuuthrad is finally put together so in death you decide to go and cure your former master. Going to the Tomb and fighting through many of your fallen ancesters you finally reach Kodlak and free him of his curse. He moves on and names you the new Harbinger. However, though this is a great honor, it seems wrong, empty.

While out on a mission you come across an orb that glows white. You pick it up and it speaks to you. It reviels itself as Meridia the Deadric Prince and asks you to help her rid her temple of the evil that has corrupted it. You agree as this seems like an honorable request. Ridding the world of necromancy is always a good thing. You do what she asked and afterwords she lifts you into the heavens and tells you that she choses you as her Champion and presents you with Dawnbreaker. This powerful sword has the ability to destroy the dead and set its enemies aflame. Finally something has awaken in you, purpose. Purpose that you lost when your hall of Jorrvaskr was ruined. Your soul has uplifted and you take this as your destiny to rid the world of evil and the undead. And so begins your final journy.

I love this idea, a fighter that is sworn to destroy the undead and follows the Deadric Prince who is also against magic.

Race: Suggested Nord, Orc, (Both races are not really keen on magic especially Nord. However both do not think of Enchanting as Magic.)

Guilds- Companions (Must), Dawnguard, Side with Storm Cloak

Equipment- Dawnbreaker(Must), Shield of Ysgramor(Must), Auriel's Bow(optional for undead killing) Other than that I suggest heavy armor as you are going to be up close and personal most of the time.

Werewolf: This is just part of the character, as a werewolf you cannot become vampire and you aslo are a symbol of the companions.

MAGIC-0 You do not use magic

Health-2 You need to take a punch

Stamina-3 You carry a lot of heavy armor.

Heavy Armor: You have to be able to defend yourself no matter the cost.

Block: You need to be able to stop any attack.

Blacksmithing: Building your own armor is key to survival.

One Handed: You have a sword, make sure you know how to use it.

Archery: Sometimes you need to attack from a distance but you perfer close combat.

Enchanting: While Blacksmithing is good, enchanting is just the next step up. It is not magic, just a way to make you equipment better.

Speech: Other than for getting the best deal, you are the Champion of Meridia. You need to be able to speak in her honor and make sure people hear you and take you seriously.

Alchemy: You don't use magic, but everyone needs a potion every now and then. No one can go their whole lives and say, "Well I never needed to heal" or "Desiese! What's that?!"(Though being werewolf you get a resist to desiese).

Stones: You get a choice between 3 that I think all suit this build perfect. First the warrior stone, cause your a warrior. Second the steed stone to make life easier. Third the Lord stone because, well it's the Lord Stone, Damage resist and Magic Resist are just common sence with any build.

Shouts: The one I think is best for this character is FIRE BREATH. You are going to burn the undead with your words of passion dedicated to Meridia!

Followers: Anyone of the Companions, Any of the Dawnguard, Frea(My personal choice because she is holy and would totally support this crusade as a shaman. Even though she uses magic it is only holy magic to vanquish the evil also no level cap is nice)

Enchantments: Head- Go with ArcheryDMG and Waterbreathing as a second, Feet- Stamina+ and Stamin regen or Muffle, Arms- OnehandedDMG as a main+Block or Carrywieght Chest- Health + Resist poison or More Stamina  your choice, Necklace- Resist Magic + You chose, Ring- Resist Magic + You chose. This is just a suggestion, you are always welcome to do your own thing.

Fighting Style: This Character perfers to not use the werewolf form unless absolutely needed. If the Champion sees the opponent they will try to take out as many as they can with a sneaky bow shot. Then as the opponent charges at them, the champion redies their Dawnbreaker and Shield to face them in battle. Let your foes come to you, best offense is a good defense. Bash with the shield and many strikes with the sword until the opponent is dead. If there are many opponent rushing at you and you feel like you are going to be overwelmed then the Champion turns to the beast inside and tears into the opponent like the vicious Lord of the Wilds. They perfer the Terror totems as this gives a way to escape if needed.

Perks: These are just the perks that I recommend for this character as they fit the best.
Archery-Overdraw 5/ Critical shot 3/ Eagle Eye

Heavy Armor- You should take all perks in heavy armor

Smithing- You should put all 10 Points in smithing

You should be Level 60 to complete this character build.

The reason you are so heavily invested in Warrior talents is that you focus on battle. You are a Champion of the battlefield. Speech may be a Minor skill but you do not need perks for it to work, it is just a skill that the higher it is the better it preforms. Also even the reason for learning all smithing is not for you alone, but those that follow you. Take Frea, as I said my suggested follower, she is mostly a light armor user. You would need to know the ways of light armor to give her the best that she can use. With one handed you are probably thinking "why only savage strike?" The reason is because you are not going to be moving around your opponent much, you hold your stance and deliver hard powerful strikes that are ment to destroy.

Another thing you can do to give the character a tiny little more flavor that would not hurt its Background and Roleplay, and it would fit into the story line. When the charactor becomes Dragonborn the character has no idea what to do with it. Finds out it is a gift from the gods from the greybeards. Then meets Meridia and decides that it was Meridia that must have gifted the Champion with this ability. So this allows you to explore and conquer all shouts in the name of Meridia for the use of her name and the destruction of the Undead and the Necromancers controling them. However, any shout that is related to the undead and summoning the undead would be against your faith and therefore you would not use.