“How dare they”. She exclaimed in anger, gipping her hand into a fist and punching the Thalmor assassin in the stomach winding him. “After all I did for them, after all they did to me!” “They expect to dispose of me like trash”. She drew her blades, but instead of attacking she filled the cave with a shriek of manic laughter. “You boy”, she said, “may yet prove to be useful”. In the blink of an eye she lunged at the altmer, her breasts pressing on his chest, her eyes the colour of blood and fangs protruding from her mouth. The altmer was rooted to the spot, he was encapsulated by her beauty of her sanguine eyes, her smooth golden skin, her unblemished face. Her hair the colour of midnight draped down over her shoulders and back contrasting with her golden armour. He could feel a sharp pang in his neck, but not even that could draw him away from her eyes, her beautiful blood filled eyes. Her face came close to the Altmer’s, her lips nearly touching his ear and said. “Rise child the night welcomes you”.

“What is next my mistress” ,the Altmer said. “Those who have wronged you have perished, there is nothi-”, he stopped as ‘The Elven Scourge’  interrupted him. “ Do you have the file”. “Of course my mistress, I plucked it of the dead body of a justicar myself”. “Three out of four parts of my dossier have been found, everything should align to the last piece, what those the Thalmor want with me”.

Subject dubbed ‘The Elven Scourge’ seems to have great prowess with daggers. She lacks the physical strength to use a blade or bow, but makes up for her weakness with illusion and destruction magick. Further examination required.

-Dossier on ‘The Elven Scourge’ part one.

The subject has been exposed to Sanguinares Vampiris, also known as vampirism. The subject has become stable through the use of multiple medical procedures, the effect has left her with a loss of memory. Six weeks have passed and the subject seems to be progressing nicely, vampirism has given her a stronger control over illusion magick, and she has become extremely lithe.

The subject has performed multiple assassinations unscathed and unseen, it is to the benefit of the Thalmor that we send the subject to. Elenwen is to recondition her as soon as she reaches Skyrim. The subject will prove useful in the assassination of Skyrim’s High King.

“So that’s it.” she said. “That was, um… underwhelming. '' What shall we do know my mistress”. the Altmer said. “Go to Skyrim, of course, she said exposing a faint grin. “This Elenwen will probably have the last part of my dossier.

"Mistress", the Altmer said. " A group of soldiers has allowed us to accompany them to the border of Skyrim". "Good", she said irritation tracing her voice. " My feet are killing me". A large Nord wearing a blue uniform approached her, "My name's Ralof what's yours?" "You may call me Elandrell, she said shrouding her face and ears with her cloak. Ralof began to say something but was cut short when an arrow darted past him. "Ambush", he shouted. The other soldiers jumped to their feet and went into formation, but they where outnumbered. The Elven Scourge felt a sharp pain at the back of her head, her vision began to fade and she fell unconscious.

"You there", Ralof said. "You're finally awake". The Elven Scourge looked around still dazed and said. "Where is the Altmer", her voice panic stricken. "I don't know how to tell you this lass", he hesitated for a moment on what to say next. "You're companion's dead he said, a blade to the heart, died trying to protect you". She was stricken with uncharacteristic grief. This was her punishment she thought to herself. "If I somehow survive this"' she said anger emanating from her voice. "I'll kill every last Thalmor, no woman or child will be spared"...

...You know what happens next. 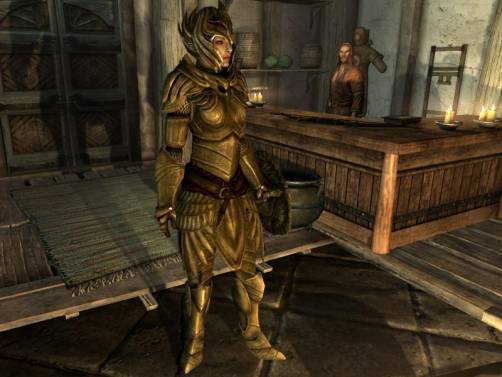 (A slight error was made on Skyrim Calculator, I forgot to get the Impact perk in the Destruction skill tree). 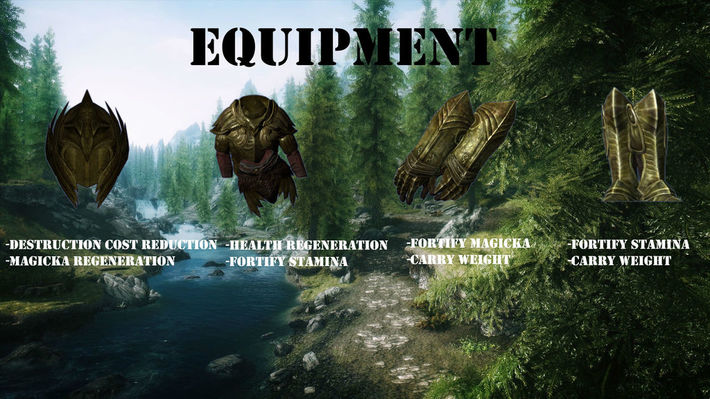 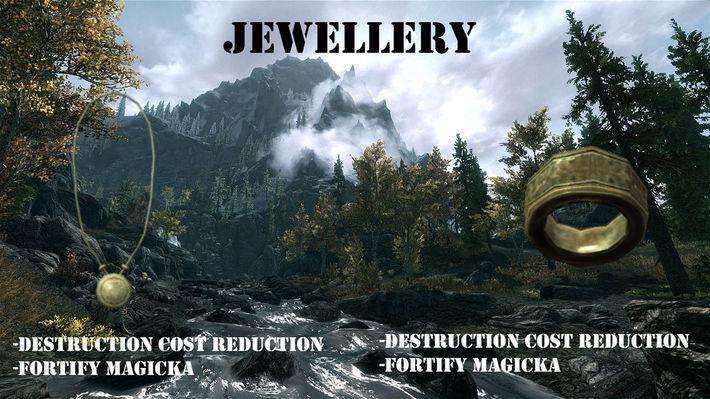 Notes for the build;

The fortify One-handed enchantment does not affect daggers.

The Smithed up Elven Armour set is used to reach the armour cap in conjunction with Agile Defender ⅖  and the Custom Fit in the light armour skill tree, requires level 75 light armour.

Destruction cost 0 magicka to cast, as such you also have unlimited weapon charge.

In the quest ‘Diplomatic Immunity’ you will kill every last Thalmor with sneak (doesn’t matter if you get caught). When you find Ulfric’s, Esbern’s, and Delphine’s dossier roleplay that you have also found the last part of your dossier, and proceed to “burn it”. I will leave it up to you to what she found in the last part of her dossier.

With the aid of the Greybeards will issue a truce between the Empire and the Stormcloaks, to prevent the Thalmor from reaching their goals of destabilizing the Empire.

Missing in action- You will help the Grey-Manes and finish the quest lethally.

Search and seizure- Allows you to befriend Ondolemar.

You will also eliminate the Thalmor assassin J'datharr who is following Malborn.

(These are all from the top of my head so feel free to add your own in the comments).

You will complete the main questline, possessing the thu'um will help you rally the Nords to your cause. The destruction of the Aldmeri Dominion.

You will also complete the Dragonborn questline, the black books can teach you knowledge on how to eliminate the Aldmeri Dominion.

The Thieves guild questline is optional, you can roleplay that you wish to make a friend out of Maven Black-briar.

The Dawnguard, choose the Volkihar clan to obtain the Vampirism and Serana as an optional follower.

You are primarily a sneak character, you work from the shadows, cast muffle and then invisibility to get past enemies, you will try to get as many sneak attacks as possible.

Snipe far away enemies with Thunderbolt, if the enemies are grouped use chain lightning.

Lamb to the Slaughter

You could instead use Frenzy to thin out the enemies and then proceed to Pacify and slaughter them.

Note from the editor

If you made this far, thanks!! Its greatly appreciated. I'm still new to making public builds, and backstories. This is my second build on The Skyforge so any constructive critisim is welcome, please tell me how I can improve my next builds, or if I have made any spelling errors in the comments. Thanks again for taking the time to read this, and if you liked this feel free to leave a like ;).