I took inspiration from, from ESO's old "Best Mage" build.

I proudly present "The Lich King" 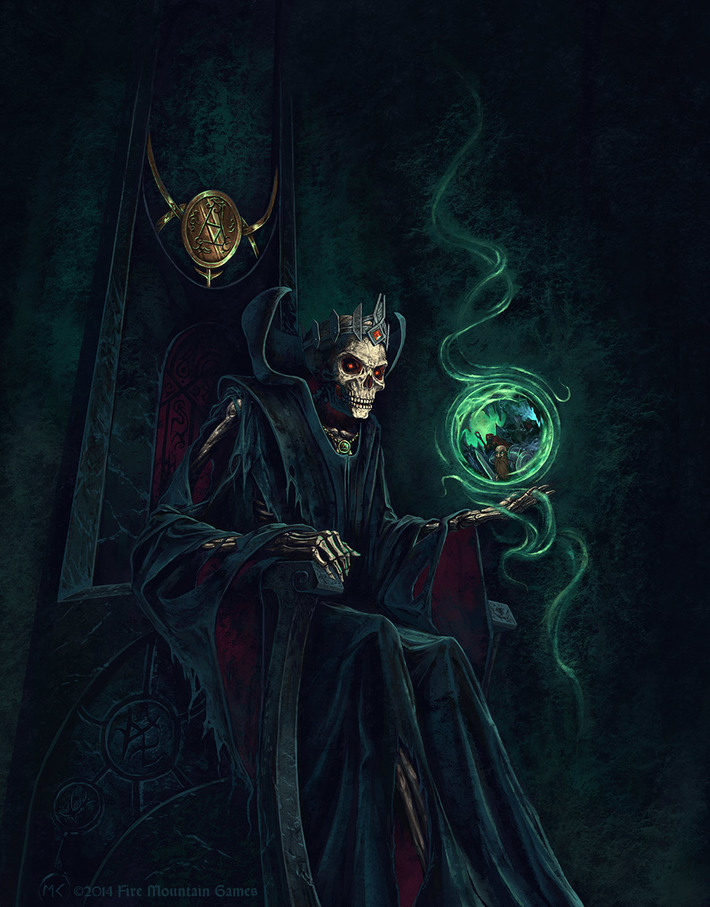 Backstory: Alotheil was an aspiring student who had spent most of his early years trying to learn and trailblaze new ideas concerning Magick and it's properties. Trying to tap into energies that could extend his life so that he may hoard knowledge and gain immense power that rivaled even the greatest spell weavers and warlocks of his time. Much of his study consisted of vampirism and the power that entailed, even if there were drawbacks. He had heard of master wizards in the far east, the Telvanni, the great magick casters of Morrowind. They do not shun vampires, or the study of such creatures, nor did they shun Necromancy and other "dark arts", surely they would allow him to pursue his research and perhaps aid him in furthering his arcane knowldge?

Indeed they would....in time. It took nearly a decade to earn the trust of the House and it's Council, but it finally paid off. He spent the next five years researching ways to give him life without end, along with power unending. In the decade and a half that he had gained the trust of the Telvanni and resumed his research, he had contracted vampirism from an experiment he had conducted. He had enchanted gauntlets and boots with a Magick that would ease the burden of having to deal with the Sun's draining  effect on the vampire body. They allowed him to withstand the heat of the scorching sun, while at the same time enervating his magicka reserves as compensation for stunted regeneration while in the sun. 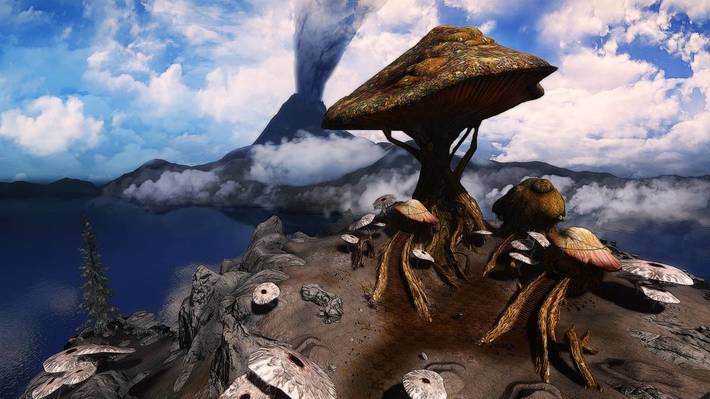 He had summoned creatures of almost any ilk, he had even reanimated a recently deceased Telvanni wizard for a short time before quickly disintegrating the corpse for fear of anyone noticing the action. He was was an accomplished necromancer. Now however it became harder to summon creatures and lesser deadra and bind them to his will. When this occurred however, it seemed as if his magicka reserves never depleted, in fact it felt as if he had absorbed the summon as direct aetherial energy. It became more and more frequent, so frequent that he was unable to summon anything all together except for some conjured armaments and some raised corpses. He used this to his advantage however. He could absorb an atronachs raw aetherial energy to replenish his own.

He was also a gifted with skill in the Alteration school as well as being Alchemical inclined. He could bolster his already sturdy gauntlets and boots with magical armor that was as hard as iron or even ebony. Alchemy helped to keep this in check, he could brew potions that helped him regain lost health or restore magical energy altogether. He was not avid about outdoors or having to trod along the road to gather ingredients, instead he would purchase ingredients, or simply "borrow" ingredients that nobody would need or miss (Ex: bring frost salts to Arcadia so you can loot most of her stuff or just steal it). He would go out and gather ingredients when they were needed or not in stock

He then scoured the land of Tamreil to further his knowledge of the Aetherial Plane, and the secrets it has to unveil. He was captured on the Morrowind/Skyrim border and carted to Helgen for God's know what. 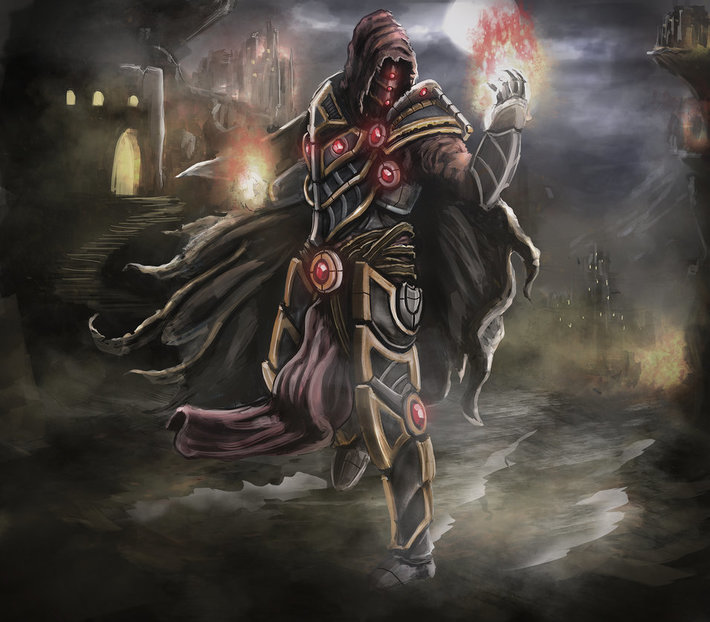 -------------------------------------------------
Aesthetic: Instead of full robes he will wear the Arch Mage robes along with Daedric gauntlets and boots and with the Dragon Priest Mask Nahkriin (+50 Magicka, 20% reduction to Destruction and Restoration), with this setup you will look like an intimidating overlord as you raze a bandit camp or small town settlement, while also maintaining practicality in combat effectiveness. 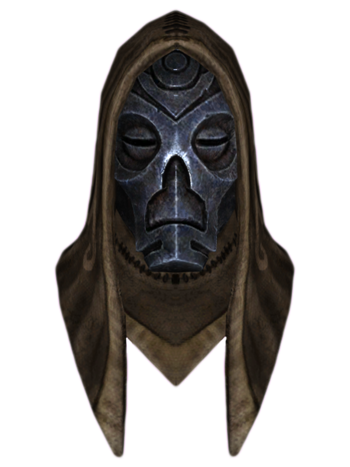 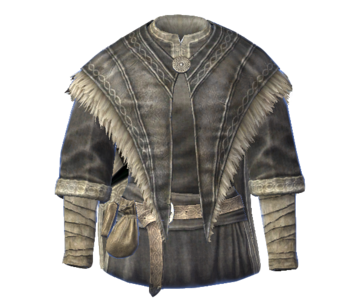 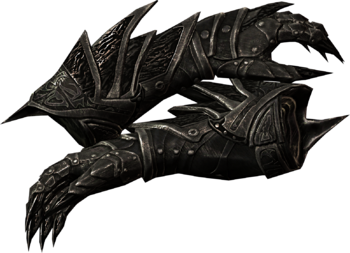 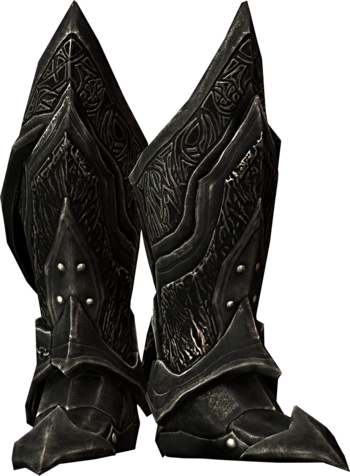 Dark Elf ( +50% res. to fire to counteract vampire weakness and +10 to Destruction and +5 to Alchemy)

High Elf ( +50 Magicka and regenerating Magicka 10x faster once a day, and +5 to all the Magick schools needed, illusion won't be used because of preference)

Here are the perks if you wanna get to the point

1. Conjuration (Necromancy i.e. dread zombie & dead thrall not the conjure bone men spells) grab the Necromancy perks up to twin souls the Novice-Master perks for dread zombie & dead thrall. You can use this to replenish Magicka instead of equilibrium if you don't like having your health drained, but you need to use a "Summon Minion" type spell i.e. Familiar, any atronach, bonemen spells, etc. This works if you don't have the Unofficial Patch installed. If you do have the Unofficial Patch installed visit the Soul Cairn and get all the conjure bonemen spells (boneman, mistman, and wrathman).

2. Destruction (because pure mage) for Roleplay reasons you can justify any of the three elements...Ice=preservation of corpses...Fire=shows your rage and raw power ...Lightning = advantage over mages i.e. you absorb their spells 100% and deal damage to them and their Magicka, pairs well with Storm Call.

3. Restoration (healing yourself and undead followers(grand healing) and NECROMAGE which will come into play later). Grab Necromage (duh), Recovery (+62% regen speed with Necromage) and Avoid Death (optional) and Novice-Expert perks

*5. Smithing (To upgrade our armor). Take the right hand branch to be able to upgrade Nahkriin and the Daedric gauntlets and boots. If you're looking for anot her option instead of crafting you can use The Atronach Forge to summon some Gauntlets and Boots to be enchanted at your leasure or a pre-enchanted pair. You'll need these if that's how you want to go. 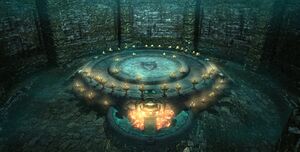 1. Enchanting to add some oomph to your unenchanted gear, such as casting cost reduction or combating the Daylight Debuffs.

2. Alchemy (right hand side) for buffs to your Destruction spells, resistances and refilling magick when low or as an alternative to absorbing/equilibrium. It also helps to make money should you choose to sell to those you deem fit to live. Why not use the coin to build a house or three.

Tips:
With Alchemy you won't need to worry about Magicka loss when you can just drink a homemade brew to fill your blue bar back up in about 3 swigs. If you find yourself running low on potions your increased regeneration form Necromage and your rather large Magicka pool should be enough to keep you going for the duration of most fights, not to mention your undead companions and the equilibrium spell that will keep you topped off as well when potions run dry.

Your Necklace & Ring should be enchanted with Reduce Alteration and Conjuration by 25% with Enchanting's middle tree maxed out plus being being a Necromage vampire while drinking a homemade enchanting brew with an Enchanted Alchemy suit ( 3 suits 3 levels of potion without restoration loop you will max at 34% increase in enchantment effectiveness) I believe Alteration and Conjuration will be at 84% reduction.

You could also make your own Enchanted Daedric Helm with Reduction to those two schools as well or reduce Destruction and Restoration costs by 59% plus the 20% from Nahkriin which totals out two 79% not to mention Necromage for Nahkriin (if it affects it , I couldn't find anything on the wiki about it affecting masks).

If you don't feel like enchanting, the Ring of the Erudite is a good option for a ring as it provides +100 magick and increases the natural regeneration rate from 3% to 5%, which doesn't sound like a lot, but this does make a difference. Here is an example from the wiki: With 200 points of Magicka, with the Morokei mask equipped, the regeneration would be 12 points per second. But with the ring added, it would be 20. 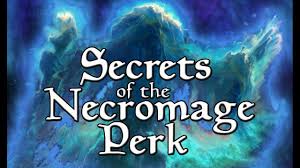 You will ideally want to become a Vampire Lord so you can benefit from the Necromage perk which has insane benefits, especially to a mage. The reason you will want Necromancy instead of summoning dremora is because, not only, of your inability to summon, but also tie into the hole undead litch feel I'm going for. Destruction and restoration a fairly straight forward. I went with Nahkriin because it was Heavy armor and it has benefits that compliment the build. I was originally thinking of going for Morokei(for 100% Magicka regen because you know...vampire + daylight= null regen), but it's light armor and I didn't really feel like glass or dragon scale armor was a good asthetic for this build. You, however might think it is.

College of Winterhold Main Quest: While at the college you can pick up some spells and begin relearning old skills as you've been sapped of energy since you crossed the border and carted to Helgen.

Dawnguard Questline: Join the Volkihar vampires and crush the Dawnguard, they care not to hear your story or why it is you use your vampirism they only judge you based on the name your affliction has and would see you dead for it so kill them when convenient. The Volkihar vampires don't really have a thing for enhancing knowledge, but they gear it can provide by the end of the questline is interesting. The rings and necklaces afforded to you through Faran Sadri are a nice alternative for those of you who don't care for grinding crafting.

Main Story: You're not the Hero your the Villain, but who wants competition? Slay Alduin and Absorb any Dragon Soul you can.

Dragonborn: Miraak is competition, so murder him. Also find the Black Books because you seek knowledge, and knowledge is power.

The other Quest lines are up to you. Basically you will want to use destruction spells to quicky take out two targets so you can reanimate them if you don't have undead thralls with you already this way you can have your undead tank formyou while you fire off spells at enemies. If you feel like your spells don't hit hard enough enchant a full suit of armor with fortify Alchemy and make make a fortify enchanting potion (do this 3 to times so it maxes out) and make some fortify destruction potions. 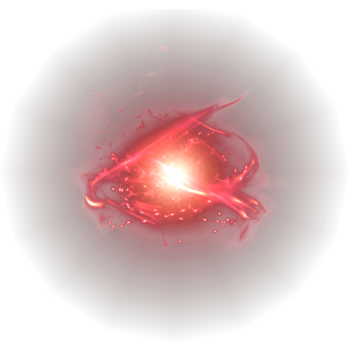 If you are running low on Magicka you have three options to replenish it . Use potions to refill, Wait for it to regen, or, if you're really in a pinch and have enough health and aren't easily killable or your undead are tanking for you, use equilibrium to bring yourself back up while using grand healing (300 health regain to you and summons close to you)

Alteration is used to attempt max out armor rating ( with 5/5 juggernaut and Smithing at 91 for legendary Boots, Guantlets, and Nahkriin, plus ebony flesh's +125 armor with Necromage vampire combo. It will give you a total of 563 armor rating. Alteration is also used to paralyze opponents (with fear/snap of fingers for RP reasons) because your are a powerful sorcerer.

Feel free to use the vampire lord for to express your might by flinging people around and such, but don't use it too often. You're a Lich King not a Vampire King, besides your "normal form" is far more powerful

Anyone who feels like responding give me feedback and what you think I can improve on this build.