Hey guys, I figured, for a change and to see what the reaction of the community, I decided to do something, which I personally have never done and only seen done rarely. Sneak Peeks. Today, is a Sneak Peek of next installment of the KoTN Series.

To every legend there is a grain of truth, and a lesson.

However, there is one legend that Necromancers all know and fear.

Legend speaks of an ex-Priestess of Arkay, who was forced into an Apprenticeship with Azaran the Cruel. Somehow, she escaped, shortly before Azaran died. She wasn't the same, she knew what horrible deed she was forced to do.

Hence why she never returned to the Priesthood of Arkay. As she had broken the one thing that all aspiring Priests of Arkay know not to do.

However, there is one reason why she was never hunted down by her fellow Priests and the Viligant of Stendarr.

She done something different.

She broke Arkay's Commandment, while also enforcing it. 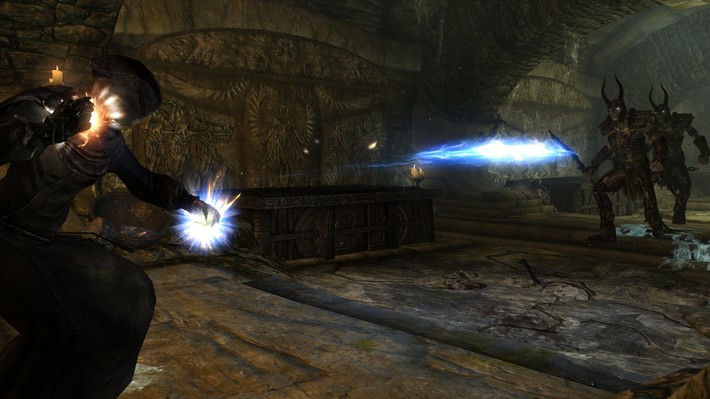 Sometimes to put fear into a monster, you must first become a monster.

NOTE: My 'intro' to the Warlock may or may not change. Also realise, that the 'intro' is fairly rough, but I know what the Warlock will be based on and around. I hope this came out in my 'intro'