Hey guys, so ive been wanting to do some skyrim build write ups based around a concept I've been using in my skyrim playthroughs.

Lots of people did the 21 oblivion classes thing a while back, and I think that's awesome, so I'm doing my own spin on it. I call it the classic classes remix project, where I'll use each classic class system as a base and then change a few things to make it unique. These builds will be modded but will adhere to and be primarily focused on lore and immersion.

As a base, I'll be using the classic classes and birthsigns reimagined mod using the setav version, which means that the 6 "major" skills of your class will start at +20, with everything else starting at a base of 5 before racial bonuses.

The first build I'm working on is the artificer, a dunmer tinker and explorer who spent his youth exploring dwemer ruins and reverse engineering their technology to help his struggling province. Hes now traveled west to skyrim, following rumors of wonderous dwarven cities and lost technology waiting to be plundered. He even took to styling his beard in their traditional style! Fear not though, he still keeps the reclamations, and sees Azura as his patron. I thought this would be a good start for the concept because it implements skyrims major crafting skills into a class that focuses on them, which I think is awesome.

Here is a (placeholder, I know it's a cellphone picture, bare with me I'm not at my pc right now) image roughly an hour into the playthrough with his starting load out, including scrounged dwemer armor with roughly the same ac as iron. Flavor AND balance, doesn't get better than that! 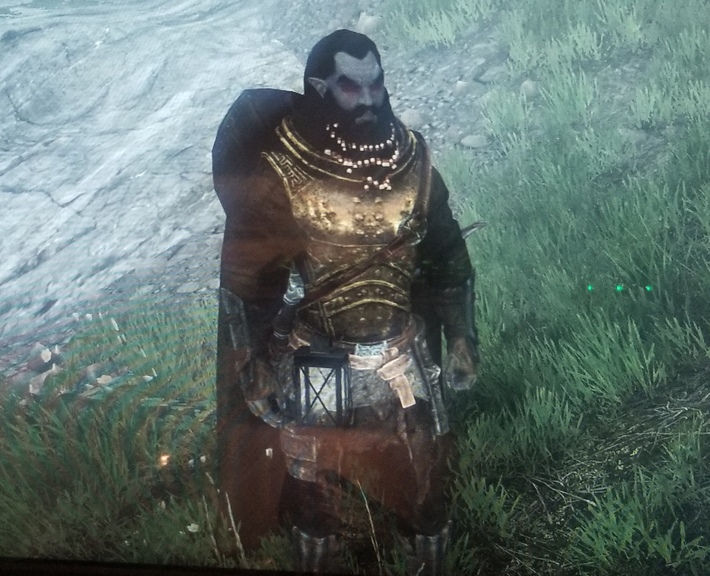 Let me know if you guys think it's a good idea, if its dumb and overdone, what you'd like to see, and if you have any suggestions. I know I'm very late to the skyrim build party.. but it's just so fun, I cant help it. I'm even thinking of making videos showcasing them.

I've seen some awesome formatting artwork and images being used by this group and I dont want to steal anyone's hard work.. is there a resource people use for that stuff? Or is it all self made? Thank you for reading!