The Champion of Storms 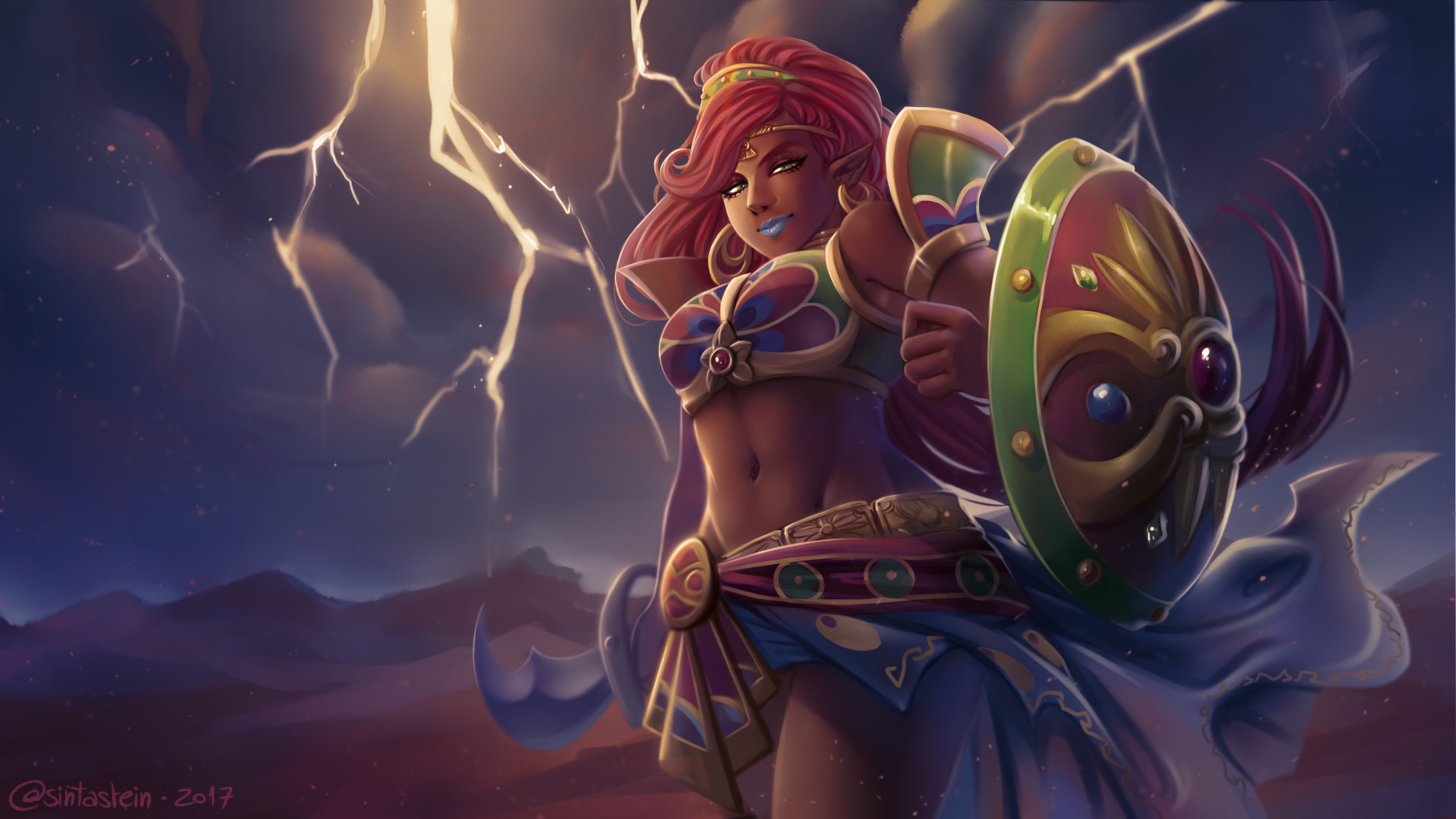 -so basically this was heavily inspired by the character Urbosa from The Legend of Zelda: Breath of the Wild. I'm going with like a strong courageous warrior that kind of represents the Redguards or like at least Redguard warriors (like Urbosa is the chief of the Gerudo)-

Stone: depends, I find the Lord useful but if you have trouble with mages then Atronach would be good

Important Quests: Companions--you are a chief, after all, thane quests, Dawnguard, Destroy the Dark Brotherhood, other quests related to destroying monsters/evil/undead (Meridia)

Alright so basically you're a very noble (female) warrior that represents all Redguard warriors, hence the "Champion." Furthermore, you are able to utilize the power of lighting as well as the blade, which the champion was trained with since she was a child thanks to her royal blood. When the champion is called to Skyrim by her ancient ancestors to deal with the emerging threat of dragons, she travels there immediately. Unfortunately, she is caught on the border and captured along with a horse theif, a Stormcloak soldier, and the fearless leader of the Stormcloaks. While on the chopping block, the champion finds out exactly why she was called here. Alduin, the ancient destroyer of worlds. Now, the champion of storms must destroy the evils of Skyrim with her magical and strong combat skills with her schimtar.

So this is what I'm going for so far, I'm guessing it would be a lot easier to understand if you have played Breath of the Wild. Currently, I'm at around level 15 and block is actually really fun. I'm tying to figure out some way to make gameplay really seem unique.