In keeping with the current theme of ancient lore of the Elder Scrolls series, such as Padomay and Anu and Morihaus, this week’s lore report features our favorite, feathered half-elf – Umaril the Unfeathered. As always, we shall begin with who is Umaril? 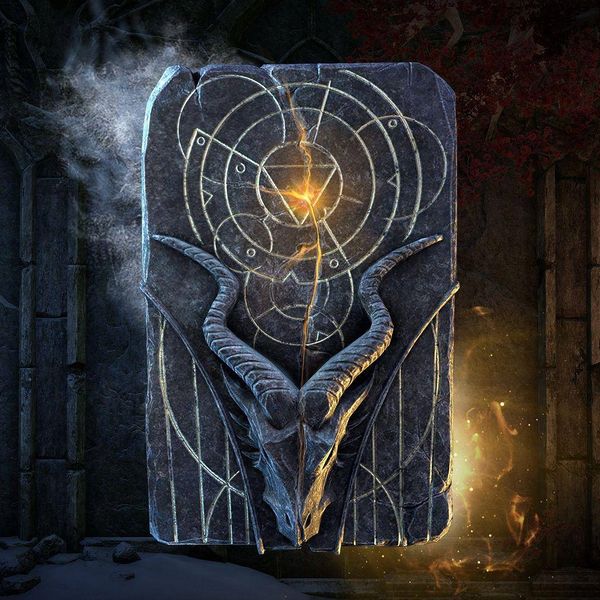 Umaril was an Ayleid sorcerer-king who ruled over Tamriel during the Merethic Era. He was responsible for the enslavement of the Cyro-Nedes – such as Alessia – and the rest of the human population of Tamriel. Though technically an Ayleid, his father was divine, so Umaril was actually a half-elf. Sometime during his reign, he was blessed by Meridia – whom the Ayleids worshipped as Merid-Nunda – and she granted him a form of immortality. On death, his spirit would manifest in a metaphysical form and eventually reconstitute his body, much the same as any other Daedra – which is interesting to note when you consider the version of Meridia the Ayleids worshipped was her Aedric form. Either way, in this way, Umaril would never truly know death.

Umaril was quite similar in appearance to most of Meridia’s other champions and servants – the Aurorans – albeit substantially larger. He favored the “ruin-from-afar” tactic, preferring to send his minions into battle to weaken his foes before making a direct strike himself. In this way, until the dawn of the First Era, Umaril had neither tasted death nor defeat. 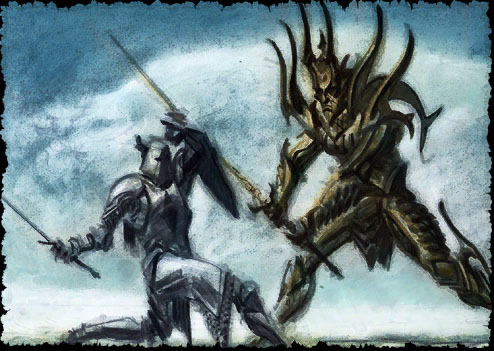 During the First Era, at the battle of the White-Gold Tower, Umaril was slain by Pelinal Whitestrake, suffering his first “death” and total defeat. Pelinal knew Umaril could not truly die and warned his nephew Morihaus the elf king would return. Umaril’s spirit floated adrift in the waters of Oblivion for several thousand years before eventually returning towards the end of the Third Era. When he did return, he sought his vengeance upon the Divines who had orchestrated his fall. The Aurorans under his command stormed the chapel of Dibella in Anvil, razing it to the ground, before moving on and repeating this feat upon the chapel of Mara in Bravil.

The Divine Crusader – also known as the Champion of Cyrodiil, the player-character of The Elder Scrolls IV: Oblivion – eventually learned of Umaril’s immortality from an elder prophet, understanding that in order to destroy Umaril, he had to be beaten in both the physical and spiritual planes. The Crusader collected the Crusader’s Relics – the eight artifacts of Whitestake himself – and destroyed Umaril’s physical form. With this same prophet’s guidance, he found something which Whitestrake had been unable to: the Blessing of Talos – which, of course, Pelinal could not possibly have found. Armed with Talos’ blessing, the Divine Crusader transcended the mortal plane and traveled to the spiritual one and slew Umaril, once and for all. 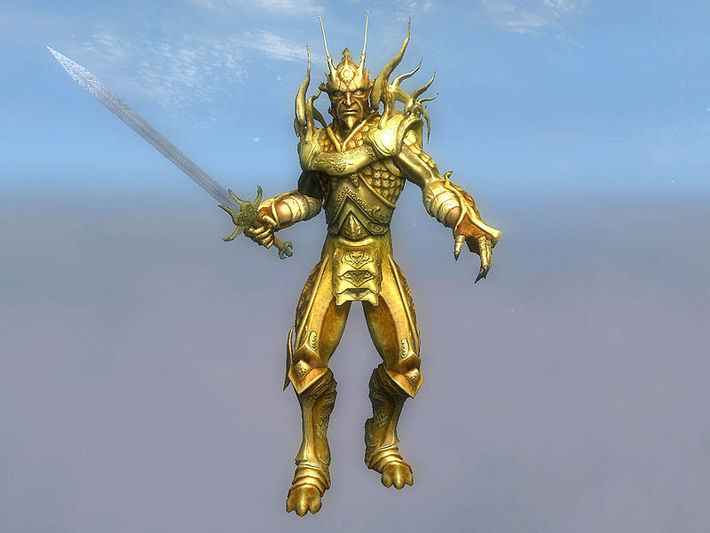 Umaril the Unfeathered in the Spiritual Plane as seen in The Elder Scrolls IV: Knights of the Nine

Umaril was also heavily associated with King Narilmor, another favorited champion of Meridia. King Narilmor was the king of Garlas Malatar, also called the Beacon of the West. Narilmor was a devout follower of Meridia, whose unquenchable light shone through a great beacon above Garlas Malatar. This beacon was known as the Guiding Light, and though it paled in comparison to the White-Gold Tower, it was an unmistakable landmark visible from great distances. Similar to Umaril, Narilmor could command the Aurorans, the Daedric servants of Meridia – in fact, it is even said Narilmor willingly surrendered himself wholly to Meridia, to become an immortal “Meridian Purified”, so he could serve her for eternity. The day Umaril was slain by Pelinal, the day the White-Gold Tower was taken by the Alessian Slave Rebellion, Narilmor sealed off Garlas Malatar, denying asylum and aid to his Ayleid brothers, many of which died cursing his name. Alessia and her rebels sacked the city but were never able to breach its walls. Whatever the fate of the city is unknown. The city now lies in complete ruin, though it is unclear why. More than likely Narilmor’s strict rule corrupted the city from within and caused its collapse during the failed siege. Whatever the case, the day the Alessian Slave Rebellion sacked the city, the Guiding Light of Meridia and King Narilmor’s influence vanished, extinguished in entirety, never to be seen again – until the events of The Elder Scroll V: Skyrim when the Dragonborn uncovered Meridia’s Beacon and returned it to her temple on Mount Kilkreath. 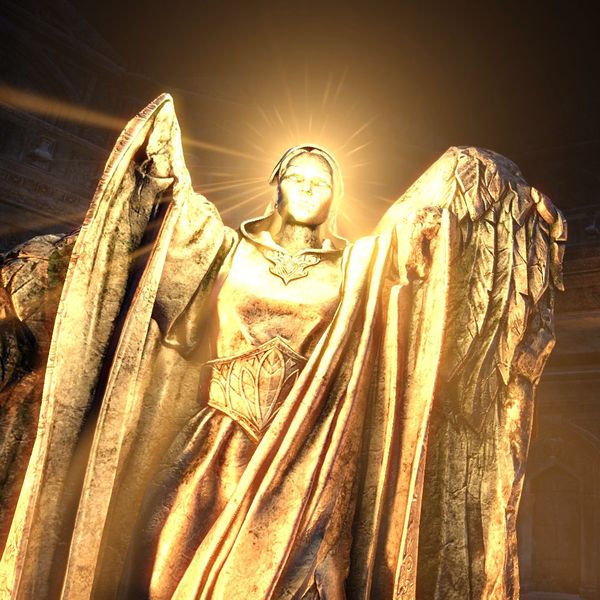 Umaril’s divine status is supported by the game itself, as in The Elder Scrolls IV: Knights of the Nine, his character is ranked as a Daedra, rather than a mortal NPC, and Grand Soul Gems work on him, not Black Soul Gems. Further support is his immunity to the Wabbajack, which only essential NPCs and non-NPC boss-level monsters tend to be.

Both supported by and refuted by the games, it is often speculated if Umaril was not simply half-Ayleid, half-Daedra/Divine, but actually a minor Daedric Prince himself. When his spirit was sent back to Oblivion to reconstitute, while it is true all lesser Daedra do the same, the other Daedra share the waters, so to speak, but Umaril has his own, separate pool. It is often wondered if this sliver is his own plane of Oblivion, of which he is lord and master. In this way, he could be a very minor Daedric Prince. The game supports this theory with his portrayal and abilities, but at the same time, refutes this, as he can be permanently destroyed, and, as of yet, no other true Daedric Prince has been destroyed by the player-character, though there are plenty of near-Prince level creatures slain by both the player and in lore – such as Alduin in The Elder Scrolls V: Skyrim by the Dragonborn or Dagoth Ur in The Elder Scrols III: Morrowind by the Nerevarine.

Another theory with much support by the r/teslore community on Reddit is that Umaril was an Ada just like Pelinal and Morihaus, only from a previous kalpa – a period of time consisting of a birth, life, and death of an entire world; the Dawn Era is said to have been the end of the Previous Kalpa; these are also called Dragon Breaks, when time ends and a new dawn begins. There is very little to support this theory in-game and in lore except from Meridia’s association with Umaril.

Whatever his true origin, it is clear Umaril was an incredibly powerful being, capable of manipulating a small piece of Oblivion. Whether he was a minor Prince, a demi-Prince, or simply just an immensely powerful half-Auroran matters very little in this regard. 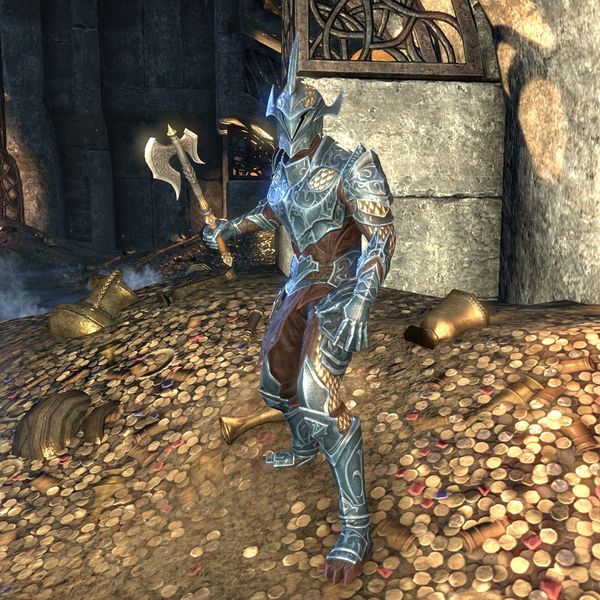 a Phosphorescent Auroran as seen in The Elder Scrolls Online 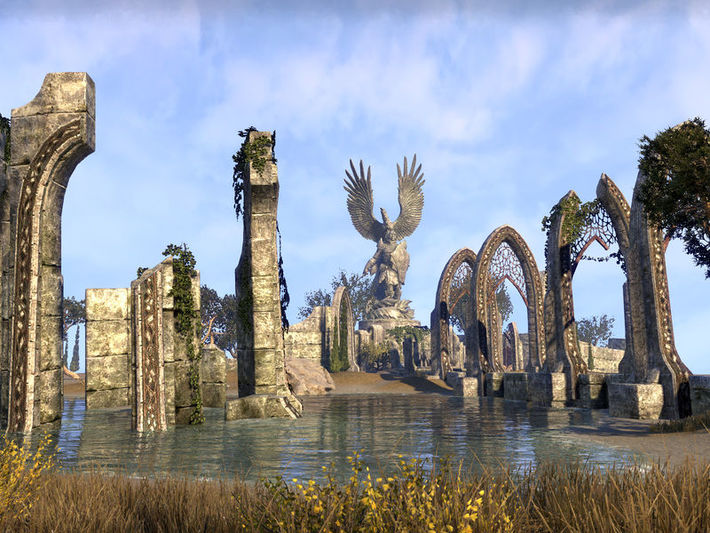 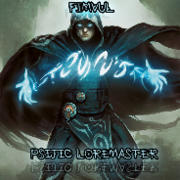