I have so many screenshots of TES games I have taken through time, I gladly would like to share.
This is a screenshot of gameplay TES IV: Oblivion, I added a small photoshop filter.

The guy mounted is Stentius Tereno, Imperial who will have to survive Cyrodiil forest until he make his way to Morrowind... his story starts a few years after the Imperial Simulacrum begun [3E 389]

He is only eighteen, he and his family are being threatened indirectly by Jagar Tharn forces [the usurper of the true Emperor] because they knew something about him... 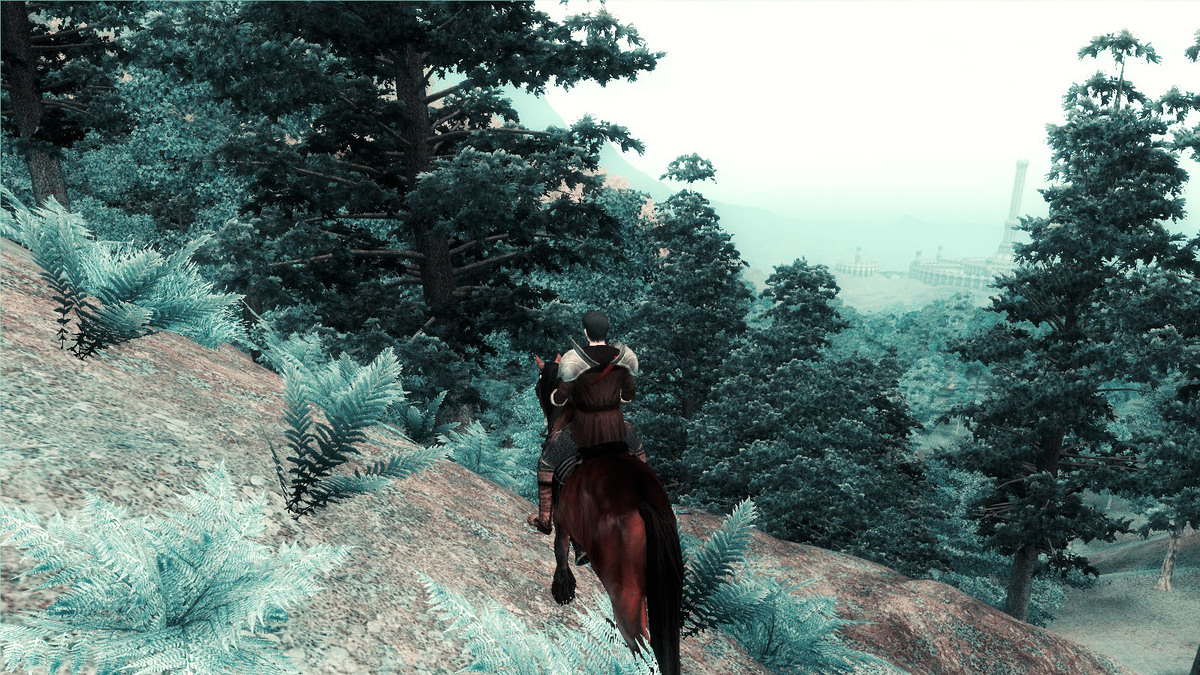