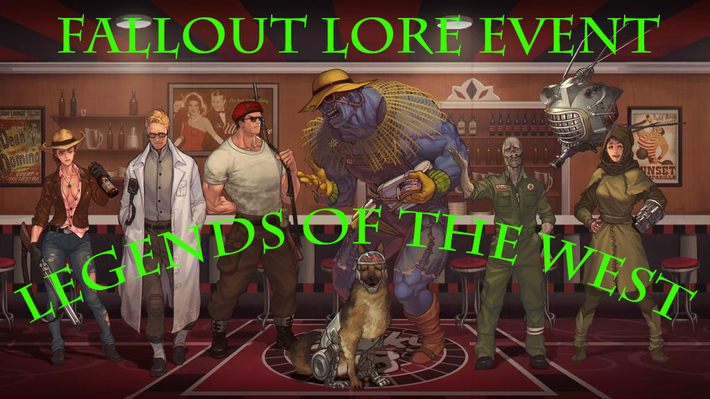 Hello, wastelanders from all around! Finaly, after a small delay, the first Fallout Lore event is here.

The Fallout series first started on the west coast of America and it's most iconic characters live there, be it Oregon, California, Nevada or Arizona. Many of them have risen to mythical status, such as the Chosen One and the Courier. But many more roamed with them and you now have a great opportunity to meet them.

This is what this Lore Event is about. All who wish to take part in the event is to write a lore article about one, or more people that were featured in the west coast Fallout games. And, here are some rules for you guys.

1. If you wish to write about multiple characters, each has to get his/her own article.

2. Each article has to have this tag: "LoreEvent:West''

3. Each article has to be written with care. Sloppy or to short and badly written articles will be removed. Pictures aren't mandatory but are a nice addition.

4. The event will last from September 2nd to September 15th at 23:59 Central European Time.

Anyone willing to participate, let me know in the comments and I'll add you to the list. (remember to tell me which character you want to write about)