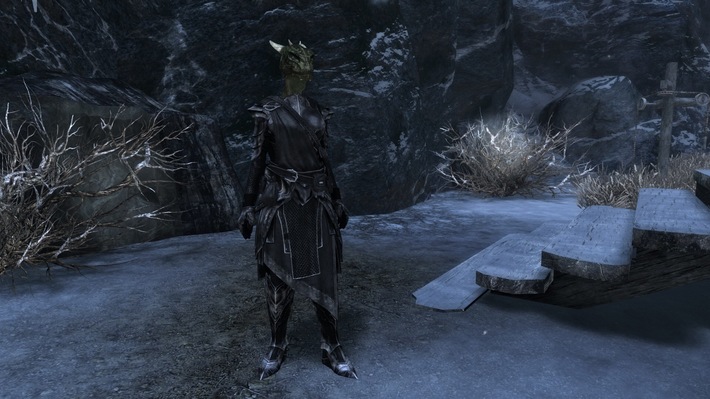 Steps-Through-Portals is usually found watching crowds from afar, nose in spellbooks, deciphering incantations or helping out the few of those whom are close to her. However, due to her ‘trip’ inside Oblivion, she has a rather cold exterior - rarely letting anyone inside and telling about her ordeal as well as focusing purely on dispelling the denizens of Oblivion and using her Bound Sword. The horrors she had seen during that time, still haunts her to this day (PTSD).

Quiet, observant, stubborn and usually closed off sums her up rather simply. 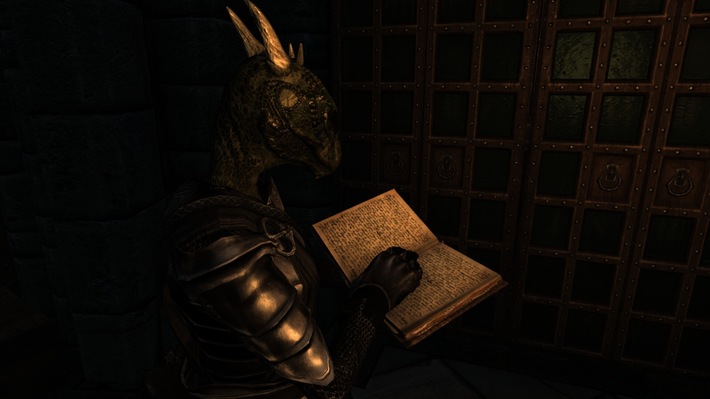 Raised in Cyrodiil in the 3rd Era, Steps-Through-Portals never knew her parents and rarely thinks about them. Instead, she’s usually found reading books in the Chorrol Mage’s Guild - her home - as well as, honing her skills in the arcane arts.

Fighting a losing battle, just outside Bruma as Daedra came pouring out of the Great Gate slowly overwhelming the resistance. Suddenly, a dreaded Daedric Siege Crawler came out, aimed to bring down the wooden gates of Bruma. Pulling a Sigil Stone out of her (pocket?), Steps focused her Magicka and the Magicka stored inside the Stone and miraculously banished the Crawler but dragging her along with it into the Deadlands.

Surviving inside the Realms of Oblivion is no easy feat, especially in the Deadlands with no escape - constantly chased by Daedroth. Obtaining another Sigil Stone from the Towers of the Deadlands, nearly cost Steps her life. Dodging her attackers, she focused her Magicka again into a spell - but this time, one created by her - one that would in theory ‘banish’ her back to Nirn.

Waking up, she realized she failed but succeeded in escaping the Deadlands alive. All around her were the ruins of Battlespire, with seemingly no way of obtaining another Sigil Stone, Steps - instead of breaking - turned her efforts into studying the forgotten libraries of Battlespire and maybe finding a way home.

Stumbling across a ‘Liminal Bridges’ book, an idea started to form and take shape. Summoning a Dremora usually is no easy feat even for an accomplished Mage, but for one who studies Conjuration - it was simple. Commanding it to scour the Deadlands for another Sigil Stone though - to go against its Lord and steal a prized possession - was taxing on Steps, by physically and mentally.

At last, it returned with a Sigil Stone - only to be banished to the Waters of Oblivion. Using the Stone, Steps focused one last time every last drop of Magicka in her body and that of the Stone she held, into returning to Mundus.

Opening her eyes, she accomplished - at long last - her goal; return home, although she found herself in unfamiliar territory. A statue of a Mage holding his arms in an open embrace, just meters from her…