Brief Description: A bosmer werewolf archer that is traveling to skyrim to wipe out all dragons and whoever is raising them with his mastery of the bow, poisons, and his power over nature. But still there are other enemies he must deal with while he is there those who pervert and destroy nature ruining its beauty and serenity. He is doing this so he can assume his rightful place as the Wilderking and work even harder to protect nature.

Race: Bosmer with the Thief stone then switching to the Lord stone. 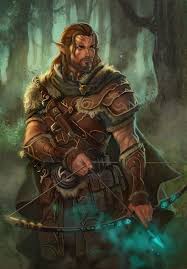 His Stats and Skill are pretty straitfoward

Smithing-Either side to Dragonbone Smithing

Equipment-Hooded Monk Robes or Forsworn Gear both fit the aesthetic for this build, Kyne’s Token because you take less damage from animals and your bows do more damage, Forsworn bow at low levels until you can forge a Dragonbone bow.

Gameplay: With gameplay your probable going to want to use Thorns of the Earth and Hidden in the Trees (Which are special moves you can see at the bottom) to start any fight as theses will let you get in more shots it will also enable you to get away if needed so you can use your other powers. With melee combat you want to use Call of the Wild and Wolgas (Same as before) form at the same time it will give you multipule allies and you will have a insane amount of damage resistant at the begining of the fight that should make up for the low health you will have to have to become a lycanthrope.

Roleplay:For this character you have to make sure that you don't pick any plants or chop down any wood as this is against the Green Pact which you follow strictly minus you being a werewolf. He must also not build a house as they use wood which is a plant but he can buy one as you are not the one harming nature. This makes roleplay a little harder as you must get all of your ingredints and materials for smithing and alchemy from killing enemies and animals or buying them. With combat you want to use your archery and potions to kill from afar until they damage you enough so you can transform. According to the pact they made with Y'ffre you can only use your lycanthropy  if you 25% health left. This makes fighting a lot harder but you should be able to still make it work because of some of the special moves that you have. You might also want to follow the Meat Mandate which goes with the Green Pact which states that a fallen enemy must be eaten completely before three days pass.

Backstory: Born in Falinesti, Gaenor Rivershade was the Chosen of the Wilderking showing great promise with his power over the land able to coax various poisons and animals from it. But before he could claim the mantle of the Wilderking he must do a great deed for the betterment of nature. He chose to kill the dragon threat in Skyrim before they could come with their flame and claws to rip and burn their living trees to the ground. Gaenor also made a pact with Y'ffre that blessed him with his animal form thus his appearance is sacred but he can only use it in his time of the direst needs. 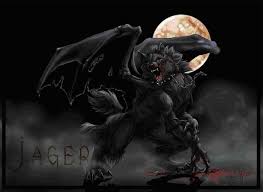 Here are some ingredients for Poisons that I used: Falmer Ear, Small Antler, Skeever Tail, and River Betty.

Mods: Imperious Racials which will let you eat the flesh of the fallen and helps the build be more in tune with bosmeri beliefs as well as letting even more animals help you in battle