"Lord Red Eagle, ancient one, first and foremost among Reachmen, heed the call of your people! Still we fight for freedom! Still our blades are dark with blood! Turn your gaze upon us, and grant us your blessing anew!" - Red Eagle's Rite

The Red Eagle is said to be a peerless warrior who sold his own soul out to Molag Bal.

Hello people, this is my first ever attempt at putting together a Skyrim character build. I've been watching and reading builds since 2015 so lets see if I learned anything! This is a build inspired by a character building event and the book I picked for my entry is 'The Legend of Red Eagle'. I've always been interested in the Forsworn since my first play through of Skyrim. I've always wished I could join that faction and introduce some Nord oppressors to the business end of my sword. Many years later and with a hand ful of mods here is my chance.

Red Eagle is a hero of Forsworn legend who once rose up to lead the Reachmen to defend the Reach from invasion from the old Alessian Empire. Red Eagle was once a man born deep in the Reach at some point in the first era. As a little boy, the priests foresaw his destiny. He was destined to be a great and powerful warrior and fearless leader who would unite and lead the warring tribes of the Reach. As the years passed, Red Eagle successfully united the tribes but it would not last long....

Hestra, Empress of Cyrodiil tried and failed initially to invade the Reach. But over time she persisted and slowly killed off or subjugated the kings of each tribe until she arrived at last to the Sundered Hills where Red Eagle and the last hold overs refused to surrender. His underlings chose to surrender rather than die to the Empire and so Red Eagle was cast out and the Reach fell under Imperial rule.

But the Red Eagle still refused to surrender and he gathered his loyal reachmen and conducted raids across the Reach against the Empire. One fateful night Red Eagle was approached by a mysterious hag raven with an offer. in exchange for incredible power the Red Eagle was to sacrifice his heart, willpower, and humanity. He agreed, and his heart was carved out like the Briarhearts of today and he became the embodiment of vengeance, pitiless and without remorse. The Reachmen rallied behind Red Eagle, and within two years the Empire was driven out.

But eventually Hestra would return with a massive army, and after laying waste to the reach Red Eagle emerged and fought the army single handedly and killed thousands of imperials. But eventually he died, and his followers laid his body to rest.

Today the Reachmen are more commonly known as Forsworn and they struggle to liberate the reach from the control of the Nords, but today they are nothing more than disorganized scattered bands of ravagers. They see the Red Eagle as a paragon. The site of his burial has become a stronghold of the Forsworn

When I think of the Red Eagle I imagine a flame covered dual sword wielding berserker. So this build will focus mostly on dual wielding flurries and lots of fire. We will be using Red Eagles Bane as well as an orchish ax for our weapons. The Red Eagle will also make use of flame cloak boosted by destruction potions and flame breath boosted by dragonborn flames. The red eagle will also be supported by undead thralls which will be roleplayed as the Red eagle calling spirits of his dead brethren to inhabit the bodies of enemies he slays.

Race: For this build you will be playing an adventurer whogets possessed by the Spirit of Red Eagle. I played a Breton but any race works. "Fight on kinsmen, and when at last The Reach is free, return my blade to its tomb that I may rise and lead again. "

Heavy Armor: Theres no blocking in this build since you're dual wielding, so heavy armor is best to reduce damage. You will be using daedric armor for the best possible armor protection.

Destruction: Take all the fire damage boosts and mastery perks up to adept destruction for flame cloak. Dual casting will give you a larger range on your flame cloak.

Conjuration: Take all of the necromancy related perks and the mastery perks all the way up to master conjuration. The undead make it easier to survive by keeping enemies focused on something else other than you.

One Handed: Take all the perks for both ax and sword damage boosts. Critical hits from swords are good for adding a bit of extra damage as is the bleed damage from orchish axes. Orchish axes for some reason deal a ton of extra bleed damage. Roughly 9 points per second at level 3 limbsplitter.

Alchemy: Used to maximize damage of one handed attacks, bleed damage by way of weakness to magicka poisons, and fire damage for the cloak. Destruction potions will boost the damage and range of the flame cloak.

Smithing: Needed to boost both armor rating and weapon damage. Both needed to give the Red Eagle some staying power in battle.

Lord Red Eagle, ancient one, first and foremost among Reachmen, heed the call of your people! Still we fight for freedom! Still our blades are dark with blood! Turn your gaze upon us, and grant us your blessing anew! I renew the ancient covenant: When at last our lands are free, we shall return, your sword of victory in hand. Then arise, O great one, from your honored tomb! Reclaim thy stolen throne! Rule over us, High Lord of the Reach, forevermore!"

Red Eagles Bane - Undead targets are set on fire and run in fear.

Gameplay can be summed up in one word: carnage. Start every battle by taking your home made destruction potion and dual casting a flame cloak. Poison your weapons with weakness to magicka to amp up the orchish ax's bleed damage. All that fire damage plus dual wield damage is going to destroy most enemies who get in your way. 1pt stamina absorb lets you keep the dual wield flurry going. Use Fire Breathe liberally to stun and torch enemies. You got two options on how to "utilize your enemies. Burn them up with Fire Breath and turn them into flame wyrns, or cut them down and raise them with the ritual stone. I like to make fire wyrns out of really weak enemies that wouldnt do me much good as zombies.

To get the most out of Fire Breath this build uses a glitch that reduces shout cooldown times to 0%. To do this first you need to gather 5 Talos Amulets. You can find them around Talos Shrines or from looting Stormcloak corpes. You will also need wereworlf form and a follower as well as really good timing. The trick is to press the button to talk to your follower and the button to transform at the same time. If you pull it off your character will be in dialogue while in werewolf form. From there ask your follower to switch gear with you. You should be able to equip 5 talos amulets. You begin your adventure in Skyrim as just another breton wanderer and blade for higher. You're a Breton from High Rock with no concern or relationship to the forsworn up in the hills, although you occasionally get the side eye from the locals. But the locals pretty much hate anyone who isnt a nord, so moving on.

Granted you were captured and almost slain right at the start but you don't allow this experience to stop you. You start off light with a few odd jobs here and there and the occasional bandit bounty to hone your skills for bigger and better jobs.

Trouble is afoot in White Run and at the end of it you discover you might be this thing they call a dragonborn. But you shrug it off and go about your business and ignore the grey beards.

At this stage the game is fairly easy. Get situated with the Companions to further hone your skills as a warrior. Join the College up in Winterhold to study up on alchemy and Destruction. Advance the companion quest at least up until you become a werewolf and have gotten the first word of Fire Breath.

Eventually you come across a book about the Red Eagle and take an interest in it. You are led to a tomb crawling with Forsworn, and from there your life changes forever. 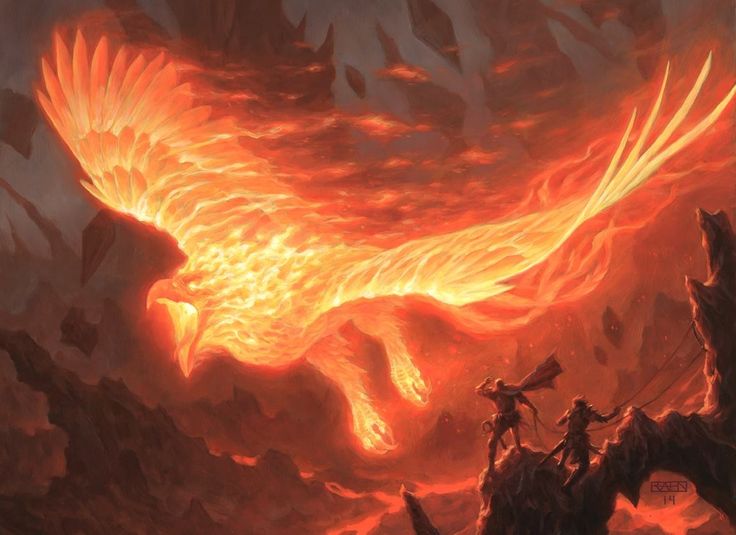 Everything changes after you come face to face with the shambling remains of Red Eagle himself. Defeating him was not the end. Far from it. Your mind is slowly taken over by the vengeful spirit of the Red Eagle as you wield his infamous sword Red Eagle's Bane. Maybe it was a verse in the legend left unspoken. That Red Eagle would live on through whoever could actually best him in combat.

You venture to Markarth and come across a conspiracy involving your kin. You end up in the infamous Ciidna mine where you meet the reclusive Madanach. Side with him and be officially recognized as a forsworn. Madanach and his band of forsworn in the Draudach  Redoubt will consider you a friend

The time has come as the Red Eagle reborn to unit the scattered tribes of Forsworn once again. But the Forsworn are hostile to all, even you. But if they will not join you then they must die like the rest. You will carve a bloody swath through many forsworn imperial and stormcloak camps adding to your army with the ritual stone until at last you arrive at... 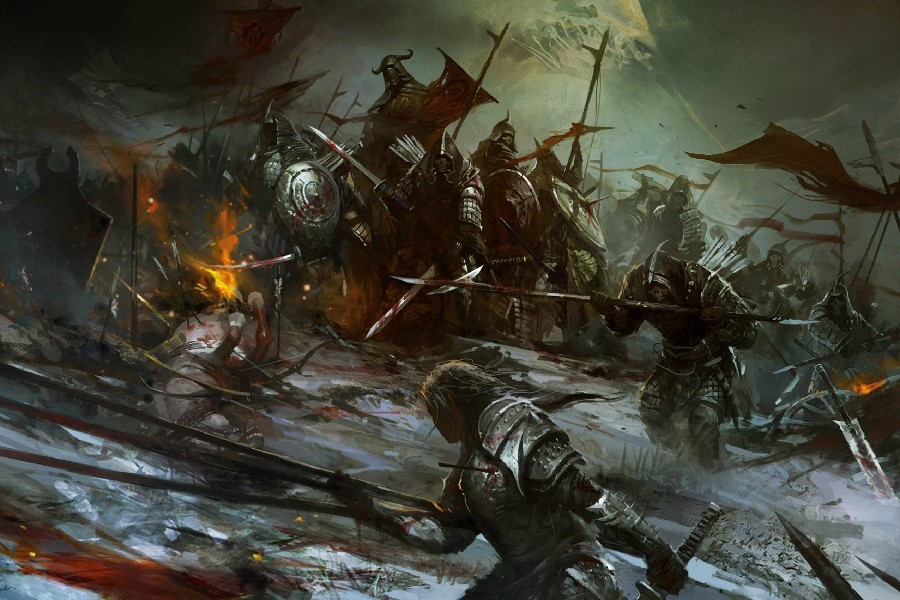 The time has come for the final siege! Your army of shambling corpses possessed by the spirits of vengeful reachmen are amassed at the gates of Markarth. This part will be especially fun if you have a mod to turn off essential NPCs

Kill off the guards first and foremost. As they die add them to your collection with the ritual stone. Next find and kill the Silver Blood scum and raid as many homes as

you can. Just like the “Bear of Markarth” once declared, everyone who isnt helping you is an enemy to be slain.

So kill off anyone running away and hiding, again adding them to your undead army. A grim conscription if you will. Lastly set your sites on the Jarls Palace, slaying him and all of his guards and visitors. And at last Markarth is reclaimed for the Forsworn.

But the fighting doesnt have to stop. Why settle for Markarth when all of Skyrim can be claimed the same way?