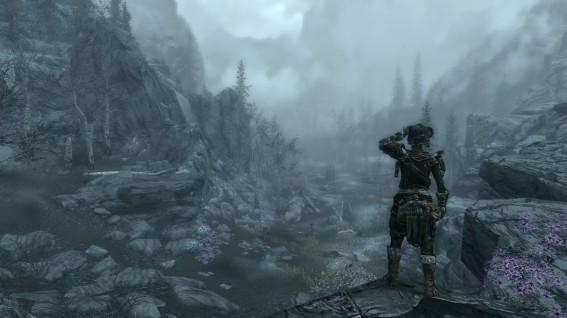 This character comes from a desire to figure out who Natalia Dravarol is. She was the cartographer who created the map of Cyrodiil for Oblivion. She also created the Skyrim map but her name has been changed to Nataly. Some think this is a descendent of the original Natalia. A cartographer would most likely have to be fearless and of hardy stock, as they are consistently faced with the unknown. Orcs are known to have a very short life span, usually less than 50 years. For Natalia and Nataly to be the same person something special has to have taken place. She has to be at least 200 years old. That is the Natalia I chose to create - a very old Orc cartographer with many hidden secrets...

We all have desires. Sometimes one person will let those desires overwhelm them. The desire becomes bigger than the person. So it is with Natalia Dravarol.

Natalia Dravarol was raised in a noble Orc family in Cyrodiil, and were welcomed in the highest circles of Imperial society. Natalia learned the art of smithing by her mother but her true passion was cartography, the profession of her father's family. The Dravarols were explorers and scholars for generations but none would reach the heights of Natalia...and none would sink to her depths as well.

Once she reached adulthood Natalia set out on her own to continue the family traditions. The journey took Natalia to many places where she discovered things beyond what her imagination could create. She made her name by completing a full map of Cyrodiil at age 23. Among these finds was an Elder Scroll. She sold the item, unaware of its power. Later she learned of her mistake and made a vow to never let such an artifact slip through her fingers again. 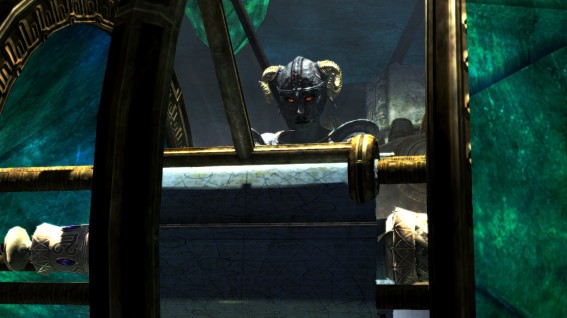 Natalia became obsessed with the Elder Scrolls, as they were a different sort of map, a map filled with the power of prophecy and time. She did everything she could to track down the one that slipped through her fingers, but the effort was futile. So she changed tactics during one of her excursions when she discovered a retired community of Moth Priests in the Jerall Mountains. She impersonated a caretaker of the Priests and learned the secrets of reading the Scrolls, whose promise of knowledge burned brightly in her mind. Her life was nearing its end and there was only one way to ensure she could reach her goal of finding the Elder Scrolls – she decided to become a vampire. Natalia contracted the disease right before the Oblivion Crisis to aid her survival. There has been a downward spiral since. Now she has a bloodlust that rivals any and a desire to find the Elder Scrolls that outmatches even her need for blood.

Sex: Female (unless you want to make a male named Nataly)

Stone: Steed Stone (I got the stone as soon as I possibly could. Walking around in a full iron set can be annoyingly slow.)

Stat Ratio: Nothing in magicka (unless you want to use higher level conjurations), 2 in health and 1 in stamina. 0-2-1

She is a cartographer by trade, at least that's the cover story. This takes a lot of skills to be proficient at and Natalia is one of the most renown cartographers in all of Tamriel. She would have to be a fighter (combat skils), an artist, a mathematician, an explorer (sneak), a sailor, a camper, a leader of men (speech) and so much more. Cartography and exploring are just her cover story which allows her access to places she shouldn't be. Her secret is her search for the Elder Scrolls and their power, looking anywhere and everywhere to find them (lockpicking).

Quests: Natalia will do everything in her power to explore everywhere she can. Her lust for power will take her to the most remote and hidden places. Do what it takes to find the following places and more -

The Forgotten Vale, Blackreach, Solstheim (particularly the locked away Nchardak), The Soul Cairn and any Dwemer Ruins

I suggest buying enchanted iron gear early. When you get to higher levels it seems to be more difficult to find great iron gear due to the fact that blacksmiths sell a wider variety of items. I used the Flame Atronach exclusively. It was my only ranged attack aside from shouts which didn't do a lot of damage.

Enchantments: While you do not use enchanting (unless you want to) you will be buying enchanted gear. My character found/bought these items - Helmet: Fortify Magicka Regeneration, Chest: Fortify Health, Hands: Fortify Two Handed, Feet: Fortify Stamina (and carry weight or resist shock as a backup), Ring: Ring of the Erudite, Necklace: Talos Amulet or Resist Fire. Keep in mind that you use the steed stone and can carry multiple items without much of a penalty. 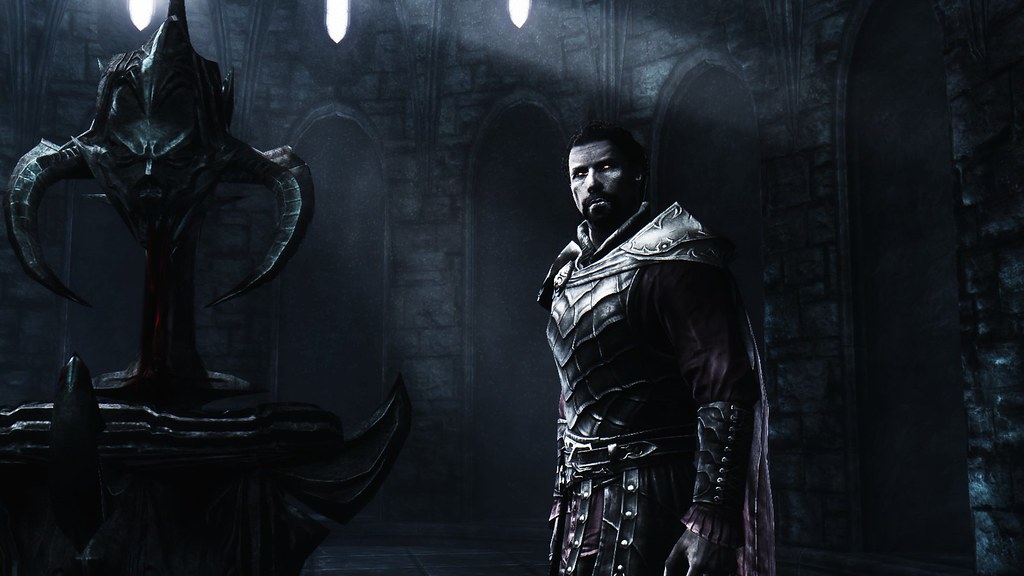 Shouts and Powers: Animal Allegiance, Elemental Fury, Whirlwind Sprint, Berserker Rage, Embrace of Shadows and other vampiric powers.I didn't use a lot of shouting but the powers were a great help. Animal Allegiance is great for any explorer, you never know what manner of beast you will discover. Elemental Fury boosts melee damage greatly. Vampire lord is rarely used as Natalia would prefer to be hidden and have her disease unknown. 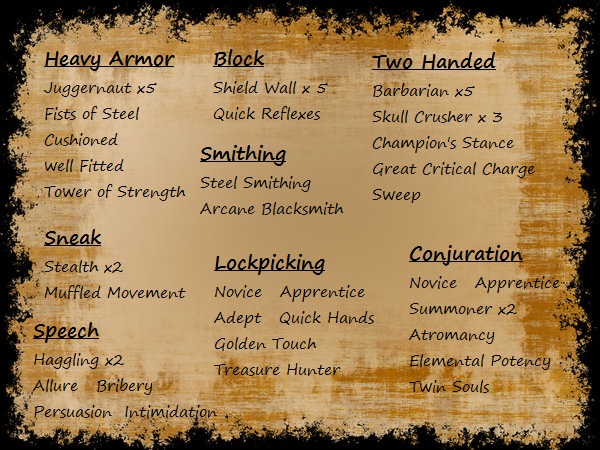 Iron equipment can be improved without any perks in smithing. The two perks I chose were to make the enchanted items you buy or find improvable. Your two handed weapon will be the Dawnguard Warhammer. During the Volkihar quests you will be sent out to destroy rival vampire clans, the Dawnguard Warhammer is extremely helpful. Carry a secondary warhammer if you find it necessary but I did not. Block is necessary for your defense, you are using the weakest heavy armor. 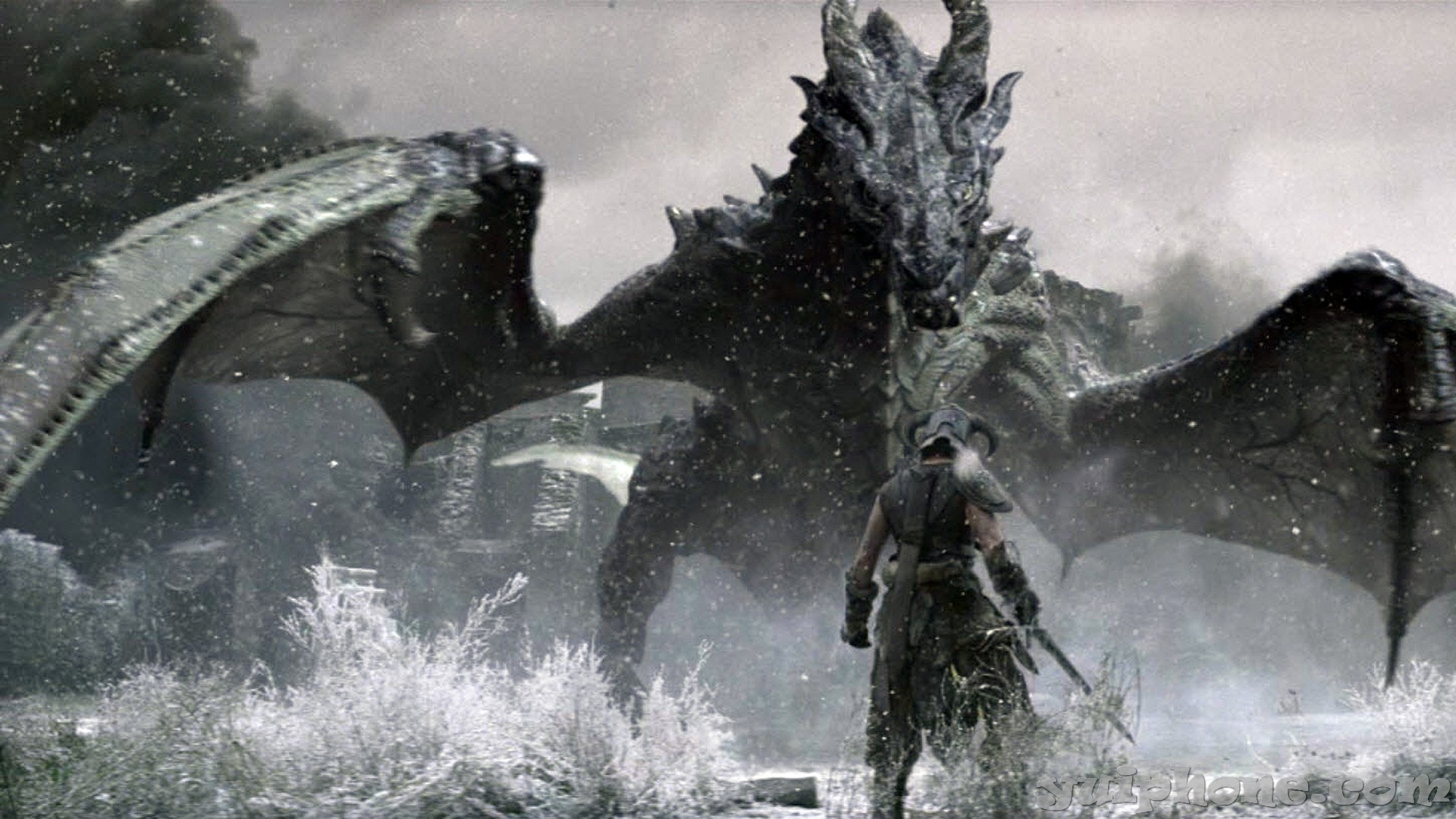 As mentioned earlier a cartographer has many aspects. Natalia has to be a leader. A high speech skill ensures she can convince people to follow her. As an explorer she searches everywhere she can, lockpicking means no area is off limits. While "exploring" the more private areas Natalia has to be quiet and sneak around.

Vampirism is a problem that can be difficult to deal with. I suggest using a horse to travel as much as possible, especially in the day. This helps negate your sunlight weaknesses and lets you travel well in heavy armor. Great horsemanship is always helpful to an explorer.

Dragonslayer is the name of a combination that works on anything but is great for dragons. You combine Beserker Rage, Elemental Fury and Great Critical Charge to deal tremendous damage.

The Skull Crusher perks are often overlooked for most builds. Power attacks are the trademark of this character's combat style. Having your attacks get partially negated by armor is something you will not have to consider. Skull Crusher is a very underrated set of perks.

The Sweep perk combines with Skull Crusher to deal major damage to groups of enemies. You will hit everyone in range while negating 75% of their armor rating. Your power attack swipes through and crushes ribcages and breaks necks. 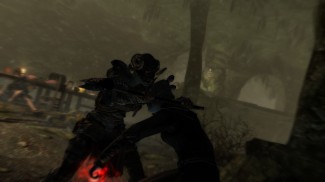 I have to make special mention of something I hated with other characters. The headbutting killcam is something I grew to appreciate with this character. I normally avoid warhammers because of hating this killcam. Natalia looks great with her Iron Helmet. Headbutting an enemy looks even better and makes sense with the rams horns. People have asked "why would I headbutt when I have a weapon?". Well you do it because your helmet is a certified weapon in its own right!

I would often start combat by casting a flame atronach and maybe two later in the game. They are great ranged weapons and synergize perfectly with a vampire. Your weakness is fire but the flame atronach is immune to it.

After casting the spell I fearlessly charge into the thick of combat. Great Critical Charge is the perfect first attack. You can string together Critical Charges over and over until your stamina is depleted if you hold sprint and time your attacks right. Use blocking and mobility (thanks to the Steed Stone) to survive until nothing is left but a pile of enemy pulp.

If necessary I would remove myself from combat with Whirlwind Sprint. I regroup, gather my self, heal damage with bought potions and then charge back in ready to clobber something.

A great combination is Animal Allegiance with Flame Atronach. Your enemies will suffer horrific attacks while you are nowhere to be seen.

I came up with a Hardcore Mode (named after Fallout NV) to enhance the gameplay. It is part role play and part insanity. Try these ideas if you want to really immerse yourself into the character that is Natalia Dravarol.