The word progenitor refers to an ancient ancestor, an archetypal origin figure. It is roughly synonymous with forebear, a word with some notable ties to the Elder Scrolls world, the most relevant of which for this build's purposes is that it’s used by the Companions to describe a werewolf who grants his or her blood to someone to bring them into the pack. Accordingly, this build is more of an ancient Nord than a modern one, having more in common with the Atmorans of long ago, but feels a sense of kinship with the Companions as we know them today through shared beast blood. 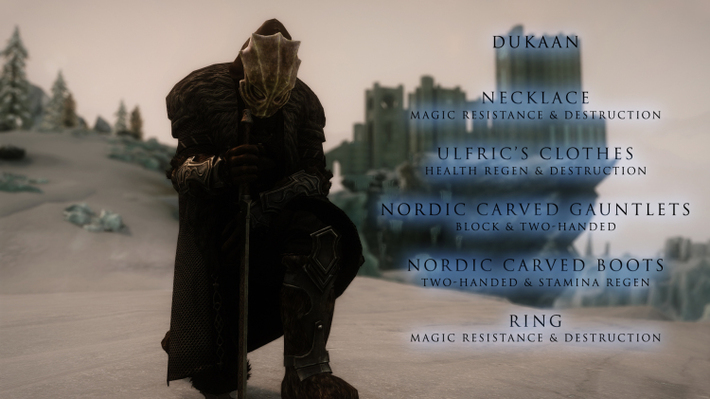 Some notes regarding equipment. The Wolf Boots/Gauntlets are both aesthetically and thematically an acceptable substitute for their Nordic Carved counterparts; however the latter provides more AR. Also, you’ll want either one or both of your magic resistance enchantments to be the Shield of Solitude version; combined with Agent of Mara and the Lord Stone, this will let you hit the magic resistance cap.

One of the Progenitor’s greatest assets is his mastery over frost magic. While there have been plenty of other builds that make extensive use of the Blizzard spell and its unique mechanics, the Progenitor instead relies on the mid-tier frost spells, buffed through a combination of Augmented Frost, Deep Freeze, Dual Casting, Impact, and Dukaan:

The build is designed to allow for dynamic shifting between equipped weapons and spells. Two-Handed weapons and dual cast spells make hotkey swapping very natural. While dual casted spells use up a lot of magicka, the Progenitor’s several fortify destruction enchantments mitigate that issue, and increase the number of charges on his weaponry as well. 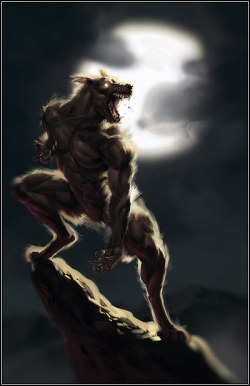 Clear Skies, Cyclone, Ice Form (Frost Breath once Dragonborn Frost is obtained), and Unrelenting Force are used for crowd control. Clear Skies staggers all enemies in its path, even with just the first word (which recharges in five seconds), making it a good choice for a quick stagger, while the other shouts are useful for incapacitating enemies for several seconds. Become Ethereal has a wonderful variety of defensive applications, while Dragon Aspect is great for offense. Don’t forget about your racial power either; Battlecry works great in a pinch!

Quick Reflexes is an invaluable perk to the Progenitor. If you have the perk and some good timing, you can disengage your block right after it activates and use the lingering slowdown effect to dodge the power attack instead by sidestepping it, or better yet, circling around to your enemy’s back. Furthermore, by using just one word of Slow Time (you'll pick one up in Korvanjund during the Civil War questline) immediately after Quick Reflexes slowdown effect ends, Slow Time’s duration will be vastly increased, oftentimes allowing you to defeat your opponents before it even finishes!

The crown jewel in the Progenitor’s offensive array is, of course, Beast Form. Having the Ring of Bloodlust permanently enabled sends your already strong offense through the roof, but at the cost of having even less defense than ever, making this form ideal for burst damage. Fortunately, you can cast a cloak spell before transforming and it’ll carry over into Beast Form. While Frost Cloak is certainly nice, you’ll almost always want to go with Whirlwind Cloak for its defensive applications.

Massive thanks to Albino for working with me on this one! Wouldn't have been possible without your work, my friend.

And thanks to Brew too, I guess.