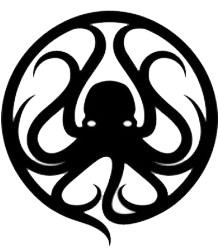 You were the scout of your crew, following the orders of the captain you worked on operations behind the scenes. From gathering Intel, stealing specific valuables to neutralizing key targets, every shadow job was for you. You were skilled with a blade, quick on your feet and you knew how to remain unseen. Having spent a lot of time in enemy camps, you heard about a sea creature. A corsair was talking to the others:
Below the thunders of the upper deep;
Far far beneath in the abysmal sea,
His ancient, dreamless, uninvaded sleep
The Kraken sleepeth: faintest sunlights flee
About his shadowy sides; above him swell
Huge sponges of millennial growth and height;
And far away into the sickly light,
From many a wondrous grot and secret cell
Unnumber'd and enormous polypi
Winnow with giant arms the slumbering green.
There hath he lain for ages, and will lie
Battening upon huge seaworms in his sleep,
Until the latter fire shall heat the deep;
Then once by man and angels to be seen,
In roaring, he shall rise and on the surface die.


You never paid too much attention to it, saying to yourself: “after all, pirates are all tale-tellers...”


Hey everyone, this is my first build ever, I always wanted to play a pirate and this event seemed like the perfect opportunity to kill two birds with one stone. This is also my first time to play a beast race and using the sneak skill. I have used several mods for this build and they will be mentioned in their own section. Enough talking I present to you 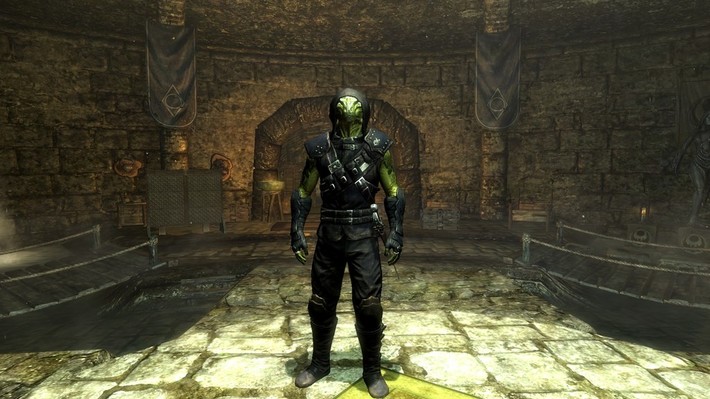 You grew up into a strong and capable warrior in Argonia, but you always wanted to see the outside world. Knowing that opportunities would not come to you due to the harshness of your province, you traveled to Morrowind. You quickly found a ship captain that turned you down stating that you would need to prove your skills to be part of his crew. A series of three duels against his best men and a challenge to snatch the first mate's hat without being noticed. The men were utterly defeated and the item recovered in a blink of an eye. The crew was speechless, the trials were a mere way to test the heart of the aspirants, nobody ever passed it, but you did.

It was the beginning of countless adventures. You plundered, fought, ate and drank with the crew, they were your family now.

Sailing on the sea of ghosts was never easy but that day was like no other. A rainstorm caught the ship and the whole crew was fighting nature's wrath. Lifting and dragging the sail, you noticed a shadow in the sea. In a split second the ship was shaking, the whole crew assumed combat formation. Something emerged from the water, the beast of the tale was right before you with gigantic tentacles climbing on the ship. You fought with your brothers in arms but nothing seemed to hurt the monster; swords, pistols, canons, and magic were all useless. As you watched the carnage, wounds all over your body you remembered the corsair saying that the beast's heart was its only weakness. You jumped into its belly, pressed on in this "black as pitch" place, soon you stumbled upon a mass that was beating. Only thinking about your companions you stabbed it countless times, the monstrosity ejected you and you woke up ashore covered in blood but your wounds were healed, the blood was not yours, you felt different as if something was living inside of you. The landwalkers are afraid of the water you call home and you are about to know why...

Scandinavian folklore identifies the Kraken as a legendary cephalopode-like sea monster of giant size. Most of the representations picture it as a giant squid but it can be an octopus or even a nautilus as the word Kraken is the definite form of Krake meaning a “hideous animal”. The real name of the sea monster is “Hafgufa” as stated in the earliest Norwegian books. My goal for this build was to show the influence of the sea creature on the character by using different elements of the game. 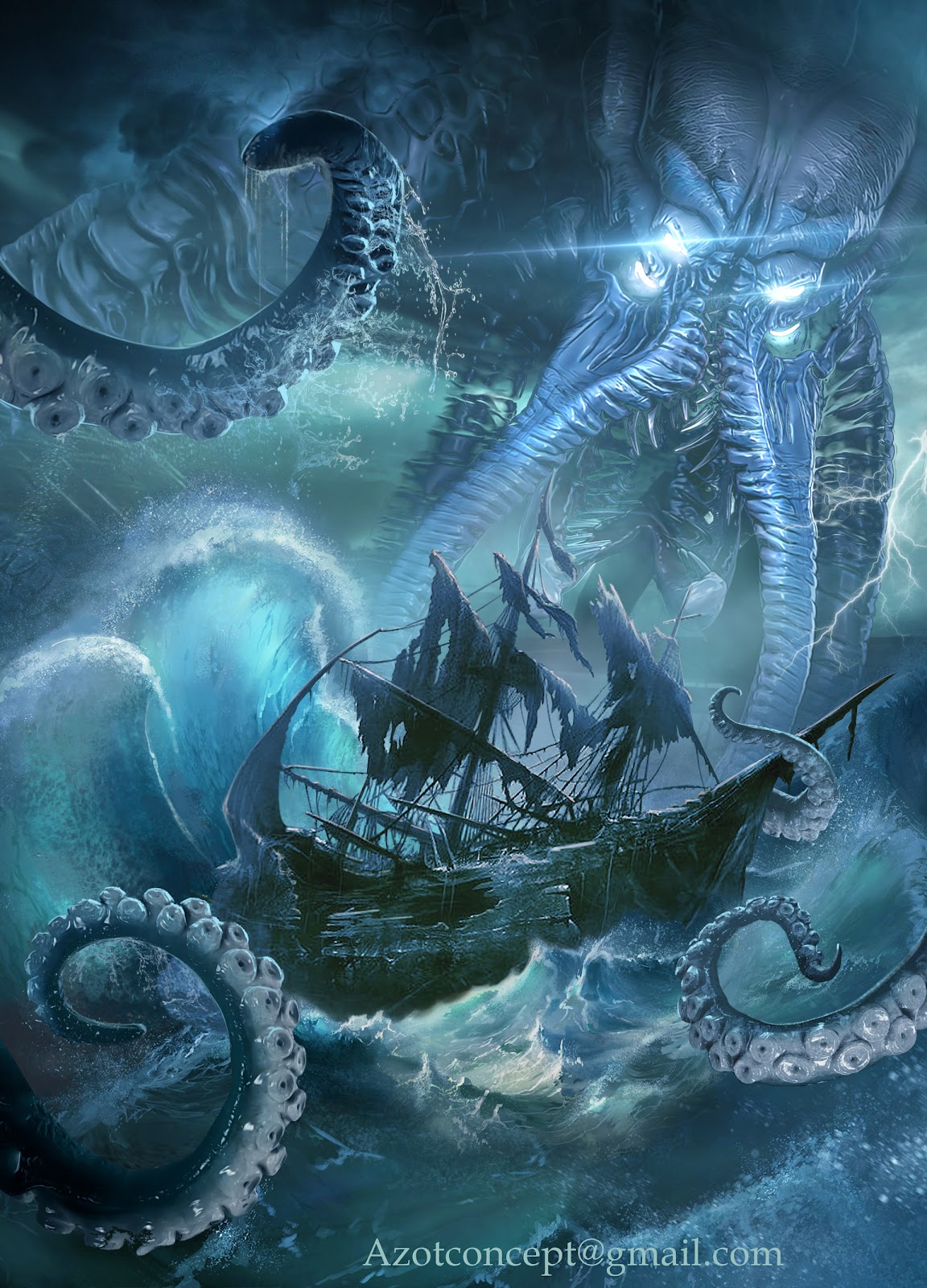 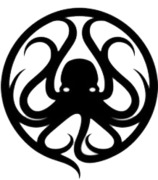 Race: Argonian. The water has always been your home and you can use it to boost your metabolism.

Standing Stone: The Warrior. You are a capable warrior and your connection to the Hist aids you when in danger. The stone lets you deal more damage with power attacks and regenerate health and stamina at will once per day.

Factions: The Thieves’ Guild. You are a pirate in your soul, stealing is your lifestyle and killing is justifiable if it is for the loot.

Playstyle: Spellsword. The swordsmanship of the Hafgufa is coupled with the abilities granted by the Kraken’s Blood.

Enchantments: I did not add any other enchantments during my playthrough but here are my suggestions if you want to.

The Hafgufa’s offense relies on the combination of his swordsmanship and his magic abilities, we will need a decent magicka pool and enough health to survive a few hits as we cannot block. My final stats at level 50 were 400 Health/ 215 Magicka/ 225 Stamina. You can definitely go beyond that for endgame but I had every perk I wanted at that level. You should maintain Magicka at 215 as it is just enough to cast our master spell. The goal is to use the right spell at the right moment. 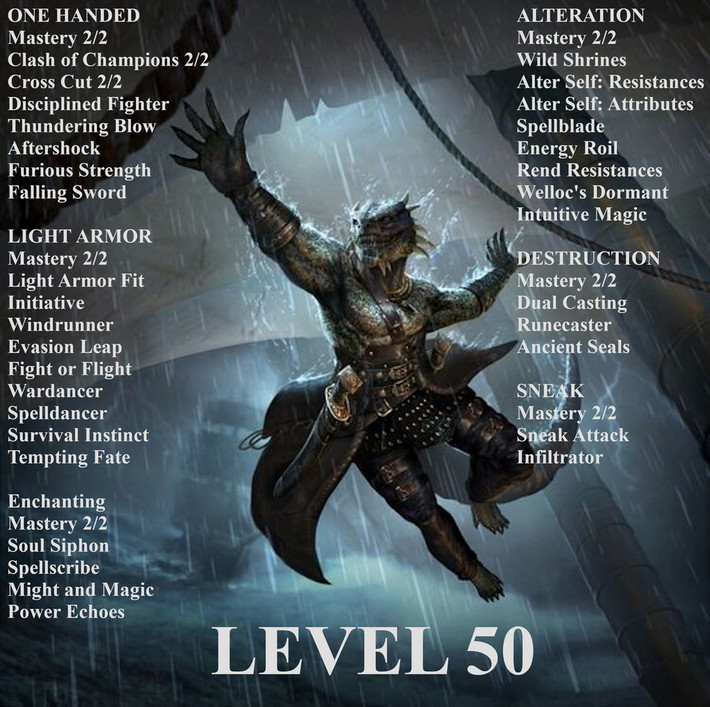 One-Handed- The primary way of dealing damage, you will always have a spell in the other hand. Thundering Blow and Aftershock are the stars here, the former makes a power attack deal double damage after 8 regular attacks and the latter increases our attack speed by 75% for 3 seconds after a Thundering Blow. Those perks allow us to deliver some big damage very quickly.

Alteration- The damage synergy comes from this skill too. While we buff ourselves with Alter Self: Resistances and Attributes, casting a spell increases our weapon damage by 20% and decreases our foe’s armor by 150 with Spellblade and Energy Roil. Render Resistances decrease our target’s magic resistance when we do damage with our sword.

With all the skills previously mentioned our magic damage and weapon damage are constantly boosting each other.

Light Armor- The Guild Master’s Armor cannot be improved past flawless with zero investment in Smithing. We will not have a high armor rate, we need to dodge hits. Windrunner and Tempting Fate help us move faster but our best tool is Evasion Leap, all attacks miss you for 1 second when we jump and it has a 5 seconds cooldown! Coupled with Become Ethereal shout and TK dodge mod we can avoid a lot of damage.

Enchanting- It complements both magic and physical damage through Might and Magic. The icing on the cake is Spellscribe, it boosts our damage further by storing the spell we dual cast and releasing it through our power attacks for free, it has a very low cooldown when you get Enchanting at 100 and Power Echoes let us use it twice before going off.

Destruction- We use it to boost our Water spells and the Frost rune.

Sneak- Like I said in the beginning it was my first time trying the sneak skill so I went with baby steps. Surprisingly it was very effective with only three skills perked. Sneak attack for the damage and Infiltrator for the stealth missions. 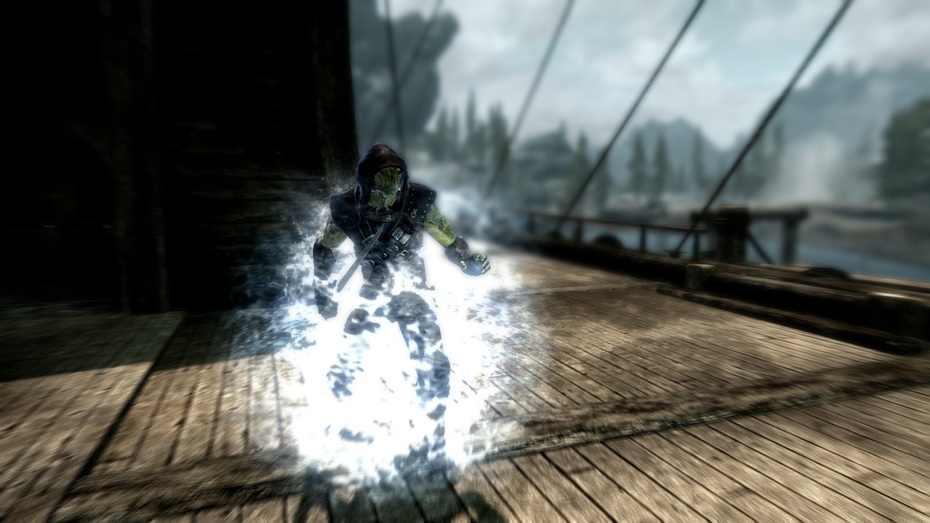 Geyser should be your go-to spell as the area of effect makes it easy to hit people with. If the enemy is coming at you, use your spell and then your sword for higher damage. Spellscribe is used to store Torrent in your sword as soon as you can dual cast it. Melee opponents should be fought by alternating between main and offhand, you close the distance with Become Ethereal to murder ranged foes. If you cannot go to them you go back to using Geyser to deal with them. Those tactics are good for any “trash” mob. Higher level opponents deserve a special course, that’s where the Thundering Blow perk comes in. You are not allowed to power attack unless the skill is ready, meaning that you have to land at least 8 regular attacks and then go for the BIG DAMAGE . If you have to take on multiple opponents try taking out the most troublesome with your sneak attacks, never forget that you know how to work in the shadows.The Hafgufa is a careful warrior that waits for the right moment to deal the killing blow. Avoiding damage is done with the help of Evasion Leap, Become Etheral and roll dodge. Mages were quite troublesome because of their backpedaling AI, I was often unable to hit them enough to use my power attacks and that’s where Paralyze comes into play (more on that in the Special Moves section).

Roleplay-wise you start in the Thieves Guild, you steal anything valuable to increase your wealth, the guild will never replace your crew but you share the same appetite for goods and valuables. You will take every burglary, sweep, heist and bedlam offered to you. After meeting Enthir during the quest “Hard Answers” you join the College of Winterhold and train under Faralda to understand how to control your new powers. After reaching 100 in Destruction your training is done. Remember those two rings of Fortify Destruction? You can now equip them, you will now be able to cast the master water spell with the 50% reduction cost.

With the Kraken’s blood, you can now control water and blood to a certain extent (blood has very high water content)

A boosted Thundering Blow, few foes can withstand the power of this precise strike.

By increasing your own blood flow you swing your weapon at incredible speed dealing two mortal blows.

By suddenly decreasing the blood flow of your enemies, they slowly faint, powerless and at your mercy (was used intensively on powerful mages like Hamelyn)

The only spell you were able to learn under Faralda after learning that you had an affinity for Ice magic.

A rush of water crushes your foes.

The full extent of your abyssal abilities.

Hist Call: Histborn + Star of the West OR Mora’s Boon (You can use them alone too)

You call upon your connection to your homeland, rapidly regenerating yourself.

Many quests were completed during my playthrough, I will list the most important in my opinion. Do not forget that you are motivated by the coin and the valuables, you are not a Good Samaritan. You will help every Argonians though.

First build done! I want to thank Curse, BlackBlood, Furion and Kendrix for their help on the forge and the discord. Also a big thank you to all the people supporting this community.

Let me know what you think, I look forward to the comments as I want to become better at making builds. Thank you guys and set sail pirates of Tamriel!