Hello, dear friends and welcome to my first contest build. We know that Skyrim is full of glitches and tricks, which can be used to give us the interesting gameplay. I`ve heard a lot about the restoration glitch and today I`m going to use it to enter into pacts with Clavicus Vile. This build will be divided into 2 parts: before and after completing Vile`s quest. So, let me introduce

~ The Warlock of Bargains ~ "- Ah, my nice little mortal! What do you want? Money? Wine? Love? No, you want POWER! Hehehe. You want to become a mage that can desintegrate an army with a single move of your small finger. I can give you all that you want, but I`ll take something in return... So let`s conclude the bargain. I know of a win-win situation for both of us."

The Warlock of Bargains was a scolar of arcane arts, but unlike other magicians, he did not want to study hard. Instead of training and learning, he was looking for other ways to become stronger. He collected ancient books and artifacts to make himself more powerful. Once he found knowledge on how to achieve power. Lord Clavicus Vile, the Prince of Bargains can give the young mage all that he wants.

A note from Warlock`s diary: "Clavicus Vile, also known as the child-god of the Morningstar and the Prince of Bargains, is one of the seventeen Daedric Princes. He is best known for granting wishes and entering into pacts with mortals. He is the Daedric Prince of Power, Trickery, Wishes, Serenity, and Bargains. His plane of Oblivion is known as The Fields of Regret.

The summoning date of Clavicus Vile is 1st of Morning Star. Clavicus most often takes the form of a small, impish man, with a pair of horns, though he has also manifested as a red mist.

Clavicus' dealings with Mundus are usually with individuals who wish to have something and, by summoning him, Clavicus gives it to them. However, he is known to take back his deals at inopportune times (for the summoner, not Vile). He loves toying with mortals, generally for his own entertainment rather than for any particular purpose, and has been said to be fond of mortals' souls. Clavicus has been known to split off portions of himself to create sentient objects or entities. While the permanent binding of spirits into objects is the usual process of creating Daedric Artifacts and Lesser Daedra, Vile's creations have shown more independence than that of most other Daedra's creations."

The Warlock found that the Lord`s shrine is located somewhere in Skyrim. He packed his things and went on a long journey. At the border he was captured and taken to Helgen...

Race: Altmer is a best choice. 50 extra points of magicka and Highborn ability will help you in your deals.

Stats: 0 Magicka / 1 Health / 0 Stamina. You are not a skilled magician. Your power lays in daedric pacts. A large amount of health is nessesary for the Equilibrium. 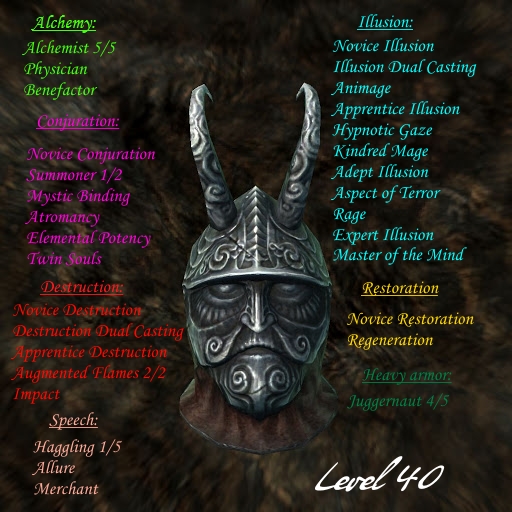 After escaping Helgen the Warlock starts to seek any information about daedric shrines. He reads books, speaks with mages and takes some easy tasks. He also makes some experiments in alchemy and magic.

At this stage (up to level 10) you should travel to the different places, trade and speak to people. I recommend to hire a mercenary for the protection. Collect all alchemy ingredients to level up your alchemy skill. Try to collect Abecean Longfin, Cyrodilic Spadetail and White Cap. Take some quests to make money. Buy spell tomes. You can also visit the College of Winterhold to find some knowledge there.

Combat style at the part 1 is a standart wizard style. If you can avoid the fight, avoid it. If not, use your frenzy spells on enemies, then conjure daedra and support them with destruction spells. Your companion and conjured minion should take an aggro.

Your start gear will be simple. Collect all enchanted equipment, especially the items with fortify alchemy effect.

At the part 1 you should complete 2 quests: "Blood on the Ice" and "A Daedra's Best Friend". From the first quest you will reward the Necromancer`s Amulet which is one of the key items for this buld. The quest starts in Windhelm during your second visit.

After level 10 you should start your main initiation quest: "A Daedra's Best Friend". Travel to Falkreath. A town guard or Lod will say he has been looking for a dog and spotted one near the entrance of Falkreath. Complete the quest to earn mercy of your master (don`t kill Barbas to earn Clavicus Vile's Masque). 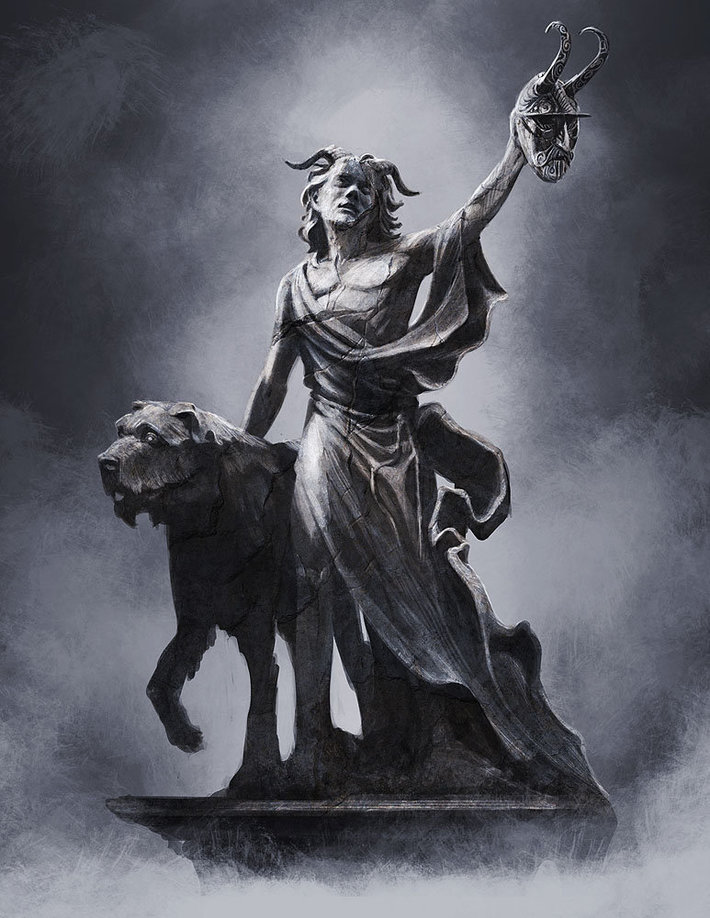 "Excellent work. A hero and his faithful companion, retrieving the ancient artifact for the prince. It's almost... storybook. By all means, let's make a Pact. It's the least I could do, since you already helped me grant my wish."

After completing his quest, lord Clavicus will make one of 3 pacts with you: Pact of Desecration, Pact of Protection and Pact of Conjuration. Each of them will give you both advantages and disadvantages. The idea is that debuffs of these pacts is your "payment" to Clavicus Vile for the force that he gives to you. Both buffs and debuffs will grow proportionally. This "secret" is simple: use 2 types fortify restoration potions to empower a stone/Necromancer`s Amulet. These potions will fortify each other to make a great amplify at the end. You can drink only 4 bottles for one Pact (4 bottles - 4 letters in the word "Vile"). You can use items with Fortify Alchemy effect and the Seeker of Shadows power for preparing these potions. I`ve taken this mechanics from Taravangian`s video https://www.youtube.com/watch?v=wsnF32NTGhE

Potions of the Vile 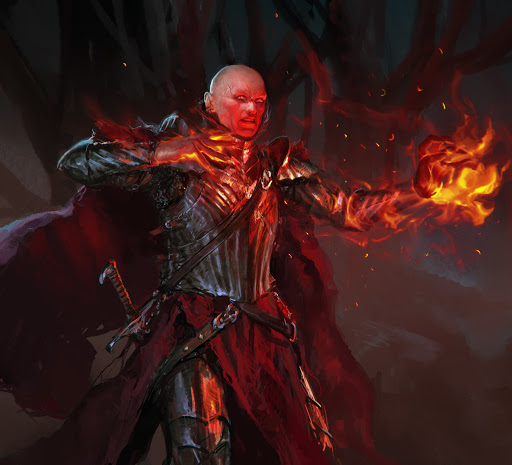 Ritual: Drink one Essence of Power, then one Oblivion`s Mercy, then a second Essence of Power, then a second Oblivion`s Mercy. Take a blessing of the stone.
This bargain will allow you to regenerate your mana very fast, so you will become an arcane machine gun, but this ritual will make you feel like a crystal vase for enemy mages.Also, you won`t have a lot of magicka.  So fight wisely. Always summon daedric minions before the battle. Wards are your best friends against mages. Use your Illusion magic to manipulate enemies and then burn them with fire spells. Pact of Desecration is good against warriors and archers. 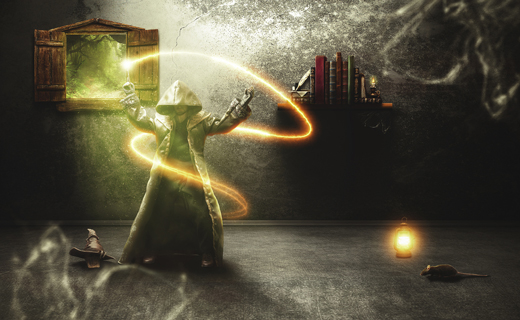 Ritual: Drink one Essence of Power, then one Oblivion`s Mercy, then a second Essence of Power, then a second Oblivion`s Mercy. Take a blessing of the stone.
A complete immunity to magic and a large manapool! What can be wrong? Zero mana regen... No chance to summon any daedra, because your summoning spells will be absorbed (but you can use it to regenerate your mana). Clavicus will be glad to see it. Unlike the previos bargain, this pact will transform you into ideal mage/dragon hunter. Use mana potions, staff of Magnus and Equilibrium spell to restore your magicka.

Note: You shouldn`t equip Clavicus Vile's Masque and Ring of the Erudite with this Pact. Ritual: Drink one Essence of Power, then one Oblivion`s Mercy, then a second Essence of Power, then a second Oblivion`s Mercy. Equip the amulet.
Exellent gifts: endless conjuration spells and a big amount of magicka. You will pay your health and stamina regeneration for it. Some sort of lichcraft... But the benefits are quite tasty. Don`t take the blessing of the Atronach stone, as it will absorb your summoning spells.

Pact of Conjuration is effective against all types of enemies. Problems with bandits? Summon wrathmen or frost atronachs as a tanky units. Lost in nordic ruins, full of undead enemies? Maybe fire atronachs can help you. Fighting with dragon? Summon storm thralls and cast Invisibility. Battle tactics should be your best friends.

When the Warlock enters into the Pact of Protection, he is unholy and thus, cut off from Aetherius. However, he found a way to absorb the power of Oblivion.

Using the 100% absorb magicka effect, any summoning spell will be absorbed. With the effects of Necromancer`s amulet and Novice Conjuration perk, novice summoning spells will regenerate more mana, then they will cost.

Potion of Dremora berserker transforms Warlock into a strong swordman. Legends say, that Mehrunes Dagon himself has created the reciepe.

The effect of Fortify Archery increases all physical damage. This effect stacks with Fortify One-handed and allow you to make a good physical DPS for a minute.

Using the secret knowledge of Apocrypha, Warlock can open a portal to summon daedra, which will serve him forever.

Lategame gear:
What would the true warlock do when he find the Atronach Forge? Of course, he will summon items and creatures from Oblivion. After filling the Forge with Sigil Stone you will be able to make yourself a daedric equipment.
Reciepe: 1 Daedra Heart + 1 Ebony Ingot + 1 Void Salts + 1 Soul Gem (filled with greater soul or higher) = random piece of daedric armor with random enchantment

Ring: Azhidal`s ring of Arcana (a combo of Ignite spell and Aspect of terror perk from the Illusion tree will make a great DPS)

As a Warlock you would do everything to achive more and more power. Collect ancient artifacts and knowledge to use it as you wish. Complete daedric quests. Collect Black Books to learn abilities from them. Visit ancient ruins. Who knows, what secrets are laying there... All of that must be yours.

Recommended Quests: all Daedric quests, Blood on the ice, Conjuration Ritual Spell, questline in the College of Winterhold (to become an archmage), Main Quest (for learning shouts)

So, that`s all with the Warlock of Bargains. I hope, you have enjoyed it. Good luck, friends. Bye!