This build has been in my mind for a long time. I’ve always wanted to create a Death Knight character, but I felt it was so overdone and that I couldn’t come up with any way to make it unique. It always came out bland –just like every other death knight build on the internet. But I have finally come up with a product that I feel is unique and can be proud of. Please, enjoy: 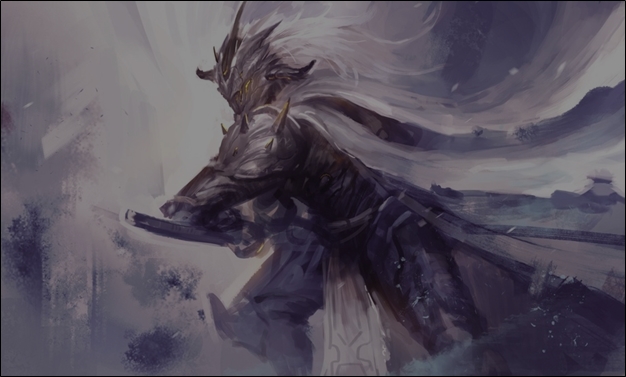 This gear can all be crafted by around level 30. It takes some time but until then simply use the best gear you can craft. The key parts to this kit are the Aetherial Crown which you can pick up relatively early and Ahzidal’s Ring of Necromancy which can also be obtained easily. With those two pieces of equipment, this character can be played completely as intended. The rest of the equipment is for aesthetic/statistical bonuses. NOTE: You will need to complete the “Vampire Stacking Glitch” in order to wear both Ahzidal’s Ring & A self-enchanted ring. This is critical to the build’s success.

Don’t forget to get the Seeker of Sorcery for a 12.5% boost to your enchantments

Drink an Enchanter’s Elixir before finalizing your gear. I’m going to start off with everyone’s concern. Yes, there are two crafting skills. Yes, they are both maxed out. Yes, this character is powerful. Yes, this character has weak points. Allow me to explain: this character is an offensive monster. Two-handed when fortified by Smithing and Enchanting runs through enemies, particularly when self-serving enchantments like two-handed are boosted by Necromage in the Restoration tree. Now I’ll ask you to look again at restoration. It is only perked to apprentice. Which means this character doesn’t really have much for a healing skill. Our healing is, you guessed it, Enchanting. We fortify our 3 pieces of gear available with fortify health regen (chest, finger, and neck slots). 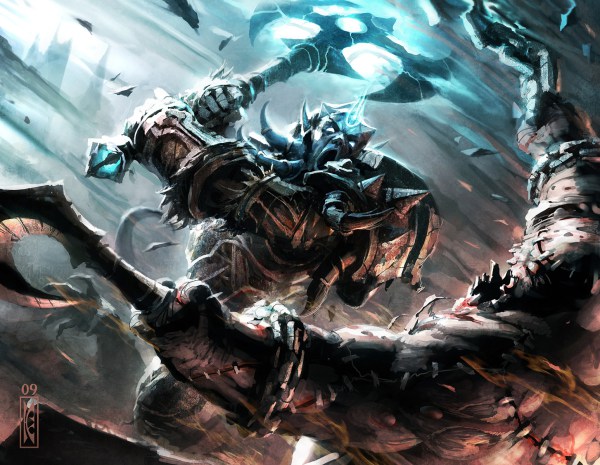 You might also notice that we have Heavy Armor combined with Smithing. Greeeaaaat, more overpowered boredom. Or not…because after looking more closely you’ll notice that we do not perk block. Which means while you may have a high health pool, high defense, and rapid health regen…you’re still taking the FULL FORCE of EVERY SINGLE attack. That’s a lot to compensate for, particularly on higher difficulties.

Two-handed is pretty self-explanatory. It is your primary method of damage dealing, however, we do augment this with a few other styles. The first being Destruction. Destruction provides ranged damage opportunities, melee support in the form of cloaks, runes, and wall spells, and will paralyze low health enemies taking some of the pressure off of defense. This character was after all created to be a juggernaut of death.

A few oddities in (and not in) this perk spread: Fists of Steel and Conjuration. Every Death Knight needs to sow death so that he can raise up his foes right!? But we didn’t even perk conjuration. This isn’t a Death Knight! Well, we have to go deeper than perks for our undead army. Our undeath comes from two major parts of this build: Soul Tear and the Ritual Stone. Finally, Fists of Steel combos perfectly with Khajiit Claws, Enchanting to boost our unarmed damage and Ahzidal’s Ring of Necromancy. Intrigued? I’ll explain.

There are two standing stones that are crucial for this build.

To get the Advanced Atronach, one must simply become a Necromage Vampire and then consume an Elixir of the Healer before obtaining the Atronach Stone. Necromage boosts the effects of the potion and of the stone to give your character 100% spell absorption at the cost of a 100% reduction in Magicka regeneration. This will also eliminate a vampire’s natural weakness to fire.

The Ritual stone provides this character with the capability to raise multiple zombies at once. You can use this power once a day or unequip and re-equip the crown to gain the power back for unlimited uses. This is insanely broken but great for some good fun once in a while.

Now that we’ve got our standing stones locked and loaded, this character is ready to abuse Ahzidal’s Ring of Necromancy. You may ask the question: “Why bother using a ring that makes my zombies explode? Isn’t it more effective to have them be human meat shields and do more damage by fighting?” NO! As explained in the section above, we are no longer able to regenerate Magicka. However, we can also not be hurt by magick…are you seeing it yet? These exploding zombies will completely refill your Magicka bar when you are hit by one of the explosions (tested with ~300magicka). That is insane! If you used the ritual stone to raise them, they won’t even turn to ash and can be raised again by the ritual yet again. This gives you essentially two full Magicka bars to do as much damage or preparing as possible for large fights while also damaging your opponents with the frost explosions.

There is one caveat: the explosions don’t always regenerate your Magicka bar. It is much more effective and likely when you are really close to the explosion which doesn’t happen with a two-handed battleaxe. So, what fighting style gets up close and personal? Hand-to-hand combat. Khajiit claws and unarmed enchantments when combined with marked for death and a frost cloak are extremely lethal. Furthermore, most conjurers need to be careful using marked for death because if they raise a zombie that was previously hit with marked for death, they will have an incredibly fragile bodyguard. That doesn’t matter for this kitten because his zombies will be exploding upon contact anyway!

The final piece of any good Death Knight is blood magic. Now, this is difficult to achieve in Skyrim and has been done by numerous builds but never quite flows right. If you recall, the Dreadnought has low restoration capabilities, only perking up to apprentice. Fast healing and Equilibrium (which scales with difficulty) essentially just offset each other at master and legendary difficulties since we don’t regenerate Magicka anymore. That means it’s a very ineffective method for recovering Magicka. Of course, we have our zombies, but that’s a once a day power with the ritual or oftentimes just one zombie with soul tear.

This means that we have to rely on our massive health pool, staggering health regen, and absorb health enchantment to provide the health necessary to “create” Magicka when we’re in a pinch by utilizing Equilibrium. All things said and done, my character had a health pool of 590 and a boosted regeneration rate of 144% and a weapon that absorbed about 20HP/hit (I reduced it down to 20 to increase charges). This means I was regenerating 42 HP/sec in combat and supplementing that with health from my battleaxe. This rate is reduced during the daytime due to vampirism. 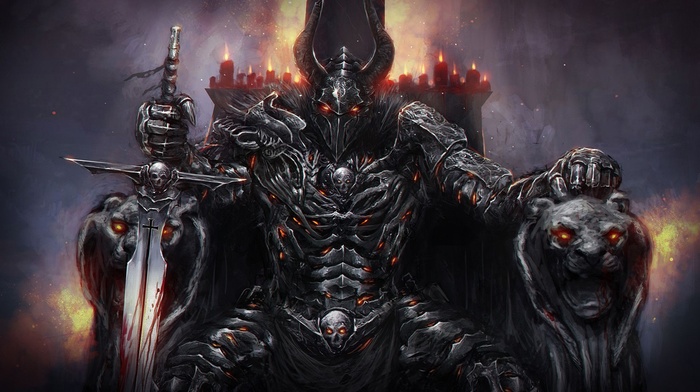 This deathly combo gives your fists the power of frost. Your base unarmed damage with Necromage, Fists of Steel, and enchantments should be 70. Marked for death will increase this by 9% each second and frost cloak will add another 12 damage per second while any exploding zombies that get caught will add another 50 damage and restore your magicka bar. Effective.

Hit your zombie with ash shell as it is resurrecting. Enemies will be distracted and try to target it still while you regenerate health. Finally, when ash shell runs out they will hit your zombie which will finally explode on (a group of) your enemies.

I want to extend a huge “thank you” to everyone who read this and enjoyed it. I hope anyone who plays this build has as good of a time as I did. Thank you to all the artists for creating these images --none of these are mine (except the screenshots).

This is a very powerful but thrilling character. Definitely got me back into Skyrim again for quite some time so I hope that anyone who plays this has as much fun with it as I did. Please leave constructive criticism or let me know if there are any errors.

As always, don't forget to leave a like if you enjoyed it and please comment so I know if people are still enjoying the character. Adios!