To ensure you unlock Caesia's maximum, deadly potential, here is a list of the mods you will need, as well as a few practical suggestions.

Alternate Start Start as a member of the Penitus Oculatus if you wish to follow the backstory.

NB : The latter three essentially act as a replacement for 20/50/100% more perk point mods that come with Ordinator. I prefer to play with these, as exploration (Skyshards), defeating epic enemies (PPA) and mastering more and more skills (PP@SL) make perk points feel like a reward for your acomplishments, rather than just something you get double every few levels. It is up to your preference, however, you could bypass these and just get any perk point modifier on the Ordinator page.

Caesia reports to General Tullius upon arriving in Skyrim

As for racial abilities, they have Discipline, which provides allies within 15 feet 150 points of armor and 15% attack damage during combat, Imperial Virtues, which makes an attribute of yours regen 100% faster in combat (attribute is chosen randomly at the start of the fight), and Human Spirit, which allows you to modify your attribute values at level 10, your resistances at level 20, and your skill levels at level 30.

Furthermore, their active ability, Colovian Star, is acquired by completing any 20 quests. It is a one use a day Power that allows you to fully replenish your Magicka and Stamina, and increase them by the amount restored for 30 seconds.


You should use Human Spirit as follows :

For attribute values, choose +100 Magicka/-50 Stamina (as Stamina is essentially replaced by Magicka when using the Serpent stone, and the base points you will put into Health should be enough to keep you alive).

For skills, put levels wherever you need to unlock key perks, preferably in One-Handed, Illusion and Sneak, and remove levels in Heavy Armor, Restoration and Pickpocket, as we won't be using any of these skills.

With Andromeda installed, the Serpent Stone has two passive properties and one active ability.

For passives, Slither increases movement speed by 25% while you're sneaking, but makes sneaking cost 8 Magicka per second, while Striking Cobra makes sneak attacks 40% more effective (20% for projectiles, such as arrows and spells) while you have Magicka remaining.

The active ability, Star Curse, is unlocked through discovering every standing stone in Skyrim. It is a one use a day power that silently steals all Magicka and Stamina from nearby enemies and prevent them from regenerating these attributes for 20 seconds.

Stat Distribution : 2/1/0 - Stop putting points into Magicka, and put all further points into Health, once you've hit the spot where Magicka is no longer a concern. Most of your spells are cheap, but you need to be able to sneak for extended periods of time.

These are examples of quests that make sense role-play wise for Caesia, the cunning, ruthless Imperial Inquisitor. Ambitious and very inventive when it comes to forms of cruelty, she will stop at nothing, not even torture, mind control or straight up killing, to see the enemies of the Empire destroyed, and any who conflict with its interests, punished. Please note, these lists are non-exhaustive, in no particular order, and are overall just a way for you to get started into roleplaying the character.

MAIN QUESTS : Civil War (side with the Empire, obviously), Served Cold questline (Solstheim, Dragonborn DLC). Dawnguard DLC (it's up to you to choose which side she would take ; both make sense from a role-play perspective, the Dawnguard to help eradicate a vampire menace that could spread on Tamriel and threaten the security of the Empire, or the Volkihar Clan, if Caesia's cruel and power-hungry nature gets the best of her moral standards),  College of Winterhold Questline (the College has a Thalmor advisor, you could role-play into becoming their Imperial advisor. I would recommend not finishing the questline, as Caesia has no interest in becoming Archmage)


MISC QUESTS :  Find all Standing Stones, Rise in the East, Blood on the Ice, Destroy the Dark Brotherhood An elite Imperial operative, Caesia focuses mostly on enhancing her capabilities and influencing others in and out of battle through the use of supportive magic. Although she did receive the absolute best formal army training and excelled at it, she is a few years past her utmost physical prime, and would rather use guile and cleverness than sheer strength. With that in mind, let's review the key perks. 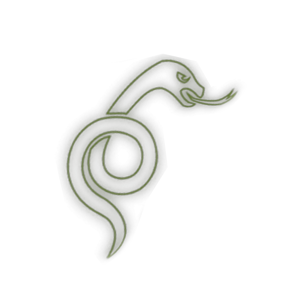 SNEAK - Caesia's approach to combat is to avoid direct confrontation, instead dispatching her foes from the shadows, be it by blade or by spell. 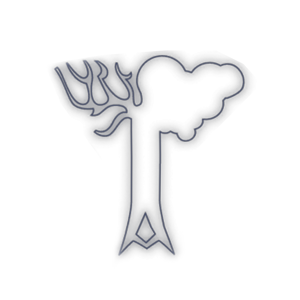 ALTERATION - The staple school of supportive magic. Caesia uses it to enhance her physical capabilities, as well as hinder her opponents.

ILLUSION - Inquisitors are operatives versed in the art of Illusion magic, as they are also used as infiltrators, detectives, and most notably torturers, by the Penitus Oculatus.

DESTRUCTION - While she is nowhere near as proficient in the offensive uses of magic as Imperial Battlemages, Caesia still has a strong enough grasp of Destruction to cast lethal spells. 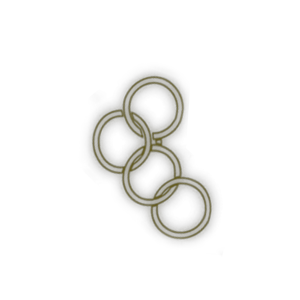 LIGHT ARMOR - Penitus Oculatus regulation armor is lighter and darker than the Legion's leather, chainmail and plate armors, more fitted towards the needs of spies and Imperial assassins rather than battlefield grunts.

ENCHANTING - Caesia's proficiency in the arcane arts has allowed her to magically enhance her arsenal. 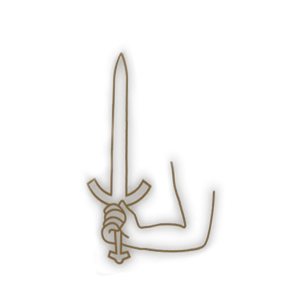 ONE-HANDED - Caesia's only non-magic fighting tool is an Imperial Sword she got custom-crafted, and enchanted herself, and as a cadet she underwent the same training as Legionnaires. 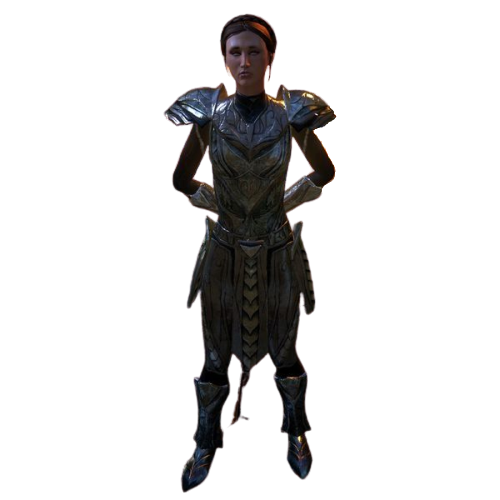 Jewelry - Along with a necklace you will enchant yourself, I recommend the Ring of Transmutation, from the excellent Oblivion Artifact Pack, however if you prefer to use a self-enchanted ring, here would be the ideal setup :

Caesia ambushes her target in melee range to start the fight, allowing her to follow up with Tactical Assassination

Caesia strikes at her target, then vanishes from sight only to strike again

Caesia magically incapacitates her target, leaving them vulnerable to her next combo

When confronted to a powerful foe, Caesia uses a mind trick and quickly turns invisible to reposition and plan her next move

Caesia absorbs the magical energies of those around her, allowing her to consume their very essence

WEAKNESSES : Squishy, lack of sustained damage and of a reliable source of health gain in an open fight, ranged option is subpar when used in a frontal assault 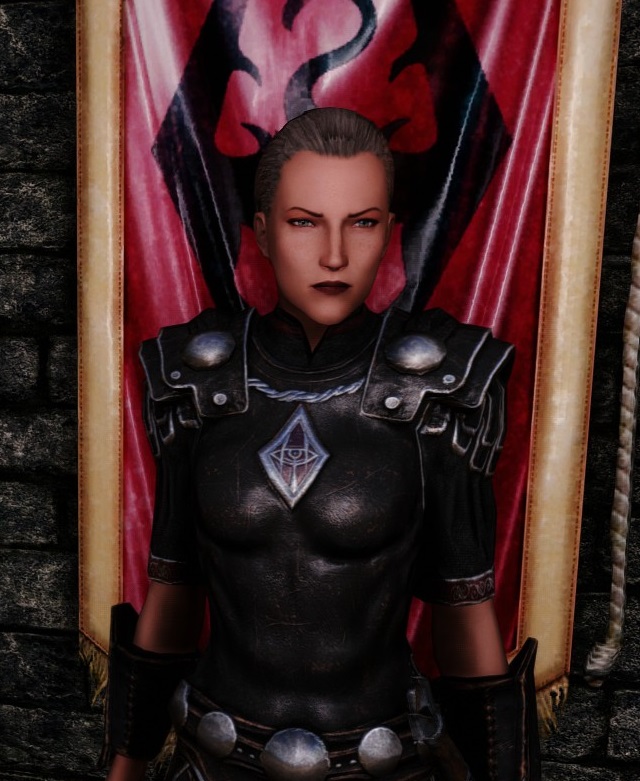 Caesia is a Nightblade, utilizing sneak and invisibility spells to remain unseen, the remainder of her knowledge of Illusion being dedicated to controlling the frail minds of her enemies, and Alteration spells to find clever workarounds to physical obstacles. Dabbling a bit into Destruction and Enchanting allows her to round up her deadly arsenal, and empower her otherwise mediocre gear : in true Penitus Oculatus fashion, she wears light armor and fights with a sword. As for most sneak-oriented builds, you should play this one taking advantage of every aspect of your toolkit and how it interacts with your environment - Shroud through a brightly enlightened hallway into a darker corner, Drop Zone to be able to make an otherwise lethal jump, use your Waterbreathing or Waterwalking spells accordingly.

If caught red-handed, use your Fear spells on the weaker opponents, and hit the biggest ones with either Paralysis or Tharn's Prison, preparing them for a later Execution Sentence, and giving you all the time in the world to finish off the mind-controlled stragglers with either Freezing Death or Gloomblade depending on how far they managed to run. Then use Execution Sentence if you only have one dangerous foe remaining, if not, use Vanish to get back to a safe spot, and wait for an opportunity to use your primary combo again. When dealing with targets at long range, try to get an angle on their back, and snipe them off with Freezing Death.

In case you need to sneak for a very extended period of time without interruption, and your Magicka runs low, Colovian Star should be used when you're just about to run out, essentially doubling your total Magicka pool and replenishing all of it. If confronted to several magic wielders, Mind Rend will work wonders.

If a door is barring your way to an important target, or a lock is preventing you from looting a full chest of potentially useful goods, use your Open Lock spells, rather than lockpicks ; while travelling, Longstride and Reynos' Fins essentially replace Stamina, which Caesia lacks, with Magicka, which she has plenty of.

If you will allow me to make a somewhat odd analogy, when playing a stealth-based build, especially this one, you should consider you're playing a Control Deck (for example in Hearthstone or Legends of Runeterra) : you have an insane toolkit and you can do practically anything, you virtually have a chance against any opponent. But you need to play patiently, and stay cool, calm and collected, for victory to be secured. Otherwise the aggro deck - or in the case of Skyrim, that humongous orc with a warhammer the size of a child - can and will destroy you in no time. Fight smart, not hard, and you, Imperial Inquisitor, shall be unstoppable.

This concludes the second build I'm posting on The SkyForge, namely my Nightblade build. This is a part of my Project 21 series of builds, which will be my own take on all 21 classes of the TES universe, only 19 left to write !

I would like to extend special thanks to Enai Siaion, creator of Ordinator, Andromeda, Wildcat, Imperious, and many more gameplay-enhancing mods, for making Skyrim an even more amazing game than Bethesda already had, and one I still enjoy playing after almost a decade, as well as to Furrion 17. I tried all of his builds when I got into character building and really had a blast, and the dedication he shows in crafting a good backstory for a good build inspired me to try my hand at it as well.

That's all from me for now, expect more soon ! Don't hesitate to comment and share your experience playing Caesia, I hope you'll have as much fun playing her as I had creating, playing and writing the build she is the star of !