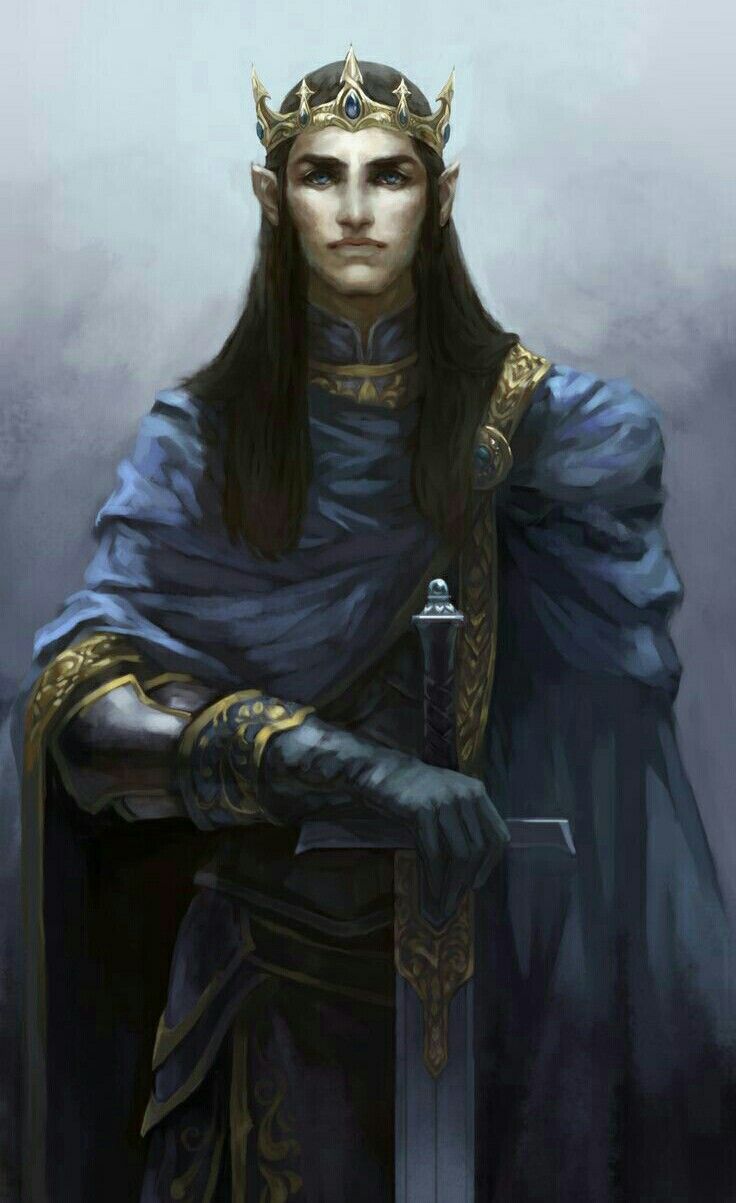 "They have taken everything from me...my home, my family, and the only people I called friends. I vow, the Thalmor's time will come to an end. Their tyranny over the people of Tamriel will soon perish. I vow it on my life. I swear it on the gods."

Born to a noble family who once ruled over great lands on the Summerset Isles. At a young age, the Wandering King tragically lost his parents to the blades of the Aldemri Dominion. His father, who wished to crown himself King of the Isles, rebelled against the Aldemri Dominion. Unfortunately, his power was not strong enough, and the Thalmor were able to see him dead in no more than two moons. The cruel Thalmor did not spare the Wandering King's mother, instead, they killed her and let her body rot with her husband. The Wandering King, however, did not share the same fate. When his father knew the time for his death was nigh, he sent the Wandering King to an ancient and powerful order of knights who have gained renown over the years and were a fit place for the Wandering King to benefit from, with both the sword and magic. This order of Aldmeri knights was called The Order of the Crystal Tower.

Once an order which vowed to protect this tower, but was later shamed as they failed to stop the Daedra who destroyed this mystical structure. The order itself was not extremely fond of the Aldemeri Dominion, so it was the perfect place for the Wandering King to settle until he was old enough. Trained with the sword, shield, bow, and magic, the Wandering King quickly rose through the ranks of the Order and became their most prominent warrior. When he was old enough, the Grandmaster of the Order told him about his father. He told him of his great deeds and how he wished to put an end to the Thalmor. The Grandmaster, who was a mystical man who could somehow see visions of other people's futures, told him his place was not amongst this order, but in Skyrim, for he will find out who he truly is there. The Grandmaster spoke no more of this topic, he told the Wandering King to pack his belongings and sail for Skyrim.

The Wandering King uses a wide variety of weapons to crush his enemies. He uses a sword in his right hand, and a spell in his left, unless enemies get too close. If that happens, he takes out his shield ready to block any incoming attack. The Wandering King also uses a bow to take out his enemies from a far distance.

Being trained by the Knights of the Crystal Tower, he is no stranger to courtesy, and he knows how to act like the noble he is. When in cities and special occasions, the Wandering King dresses in fine clothing and jewelry, giving himself a handsome appearance. For this build, you'll also need to collect elven artifacts as the Wandering King is more than interested in all things related to his people. He also pursues history, so if you find a book that looks interesting, the Wandering King would be more than happy to add it to his personal library. Be kind to rulers, as the Wandering King is on a mission in Skyrim, to find out his true identity, and to rally supporters for his war against the Aldemeri dominion. After finding out that you're Dragonborn, the Wandering King will use it as an advantage and use his ability to tame dragons to fight against the Thalmor. Also, being Dragonborn could also push his claim a bit more.

Stats: Make sure you invest equally in Health and Magicka. You could also put a couple of points in Stamina if you really want to.

Blessing: Preferably Akatosh, but you can use whichever you prefer

Head: A circlet, Aetherial Crown, or the Jagged Crown.

Armor: Any armor that looks knightly, I recommend the Redanian Armor set from this mod.

Jewelry: Any necklace, and ring.

Bow: Auriel's bow, again, the Wandering King wishes to find all Elven artifacts he can.

Magic: Any destruction spells you wish to use, but make sure to stick to only one school. As for illusion, use a wide variety.

Hope you enjoyed my first build. I will probably add some stuff later on!