Hey guys, I want to start off saying, Merry Xmas and happy holidays! Welcome to my build for the Secret Santa Event (2018). This time, I was assigned, Ayslephs' idea which was 'Saint Alessia. Without further delays, I am happy to present my Build: 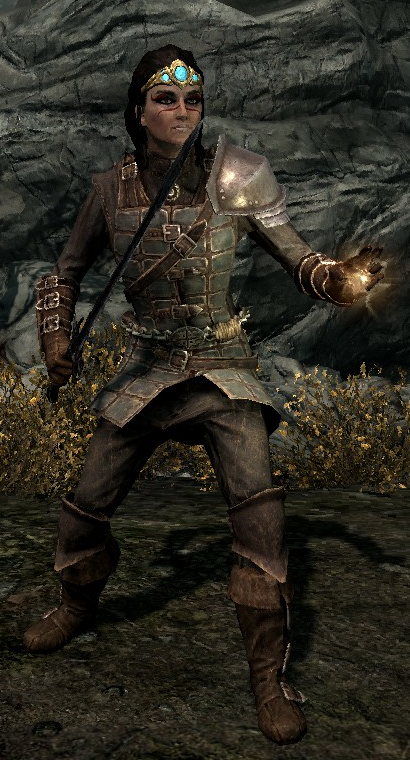 One Handed: This skill is purely for improving the (horrible) damage output of the Silver Sword (Early Game) and then the Honed Ancient Nord Sword (End Game).

Restoration: This skill fits in perfectly Roleplay wise and Gameplay wise, as the spells and perks in the Restoration skill tree, translate beautifully in combat. I found myself using every Spell in Restoration (for a change). No Restoration Spell is useless to Saint Alessia.

Speech: This skill fits in quite well Roleplay wise, as it allows us to slowly but surely repair Skyrim herself, from the inside, while the Thalmor are busying watching the Civil War.

Light Armor: This skill fits in quite well purely for aesthetic reasons and I imagine that the Dawnguard Armor (Light Armor Variant), was roughly/pretty close to the same type of armour, that Alessia and her 'army' used against the Aylieds.

Alteration: This skill is purely for boosting our defence (which is quite needed, especially if you go without a follower) as well as improving our Magic Resistance (and lowering the Damage done by enemy spells. 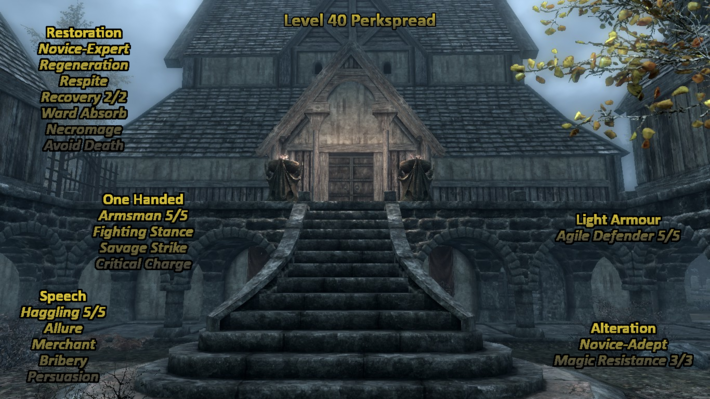 As I had mentioned in the Skills Section, I found the Dawnguard Armour, to look and work quite well, especially when combined with the Aetherial Crown and the Honed Ancient Nord Sword (I used a Silver Sword early one, as it has an enchantment which does 20 extra damage to Undead). The Amulet of Akatosh, is also used to further boost our Magicka Regeneration. I found the Gameplay of this build to be quite simple really. Due to our low AR and near to nothing of Crowd Control (especially if you don't have Poison Rune) against Living Creatures. I found one particular thing useful during my entire Playthrough. Stagger/Power Attacks.

It is really quite simple. Every enemy, that I have ever encountered is capable of being staggered. Every enemy, you come across, can simply be dealt with, hitting, power attacking and Healing (for the Health regain and Stamina once you get Respite). For the types of enemies, where it isn't so simple, I shall mention them below.

Mages/Dragons, are going to be both interesting to fight against, and a complete pain in the butt. I highly recommend using Wards spells to get up close and personal, then simply power attack them (doing so will drop your Ward and stagger them), then let it loose.

Undead are going to be fairly easy, depending on the numbers. I simply recommend, going all out with Turn Undead Spells and Stagger (Power Attacks and Turn Lesser Undead, which staggers ALL Undead, regardless of the Level).

Oh and in battles against large number of Undead, don't hesitate to cast Circle of Protection! 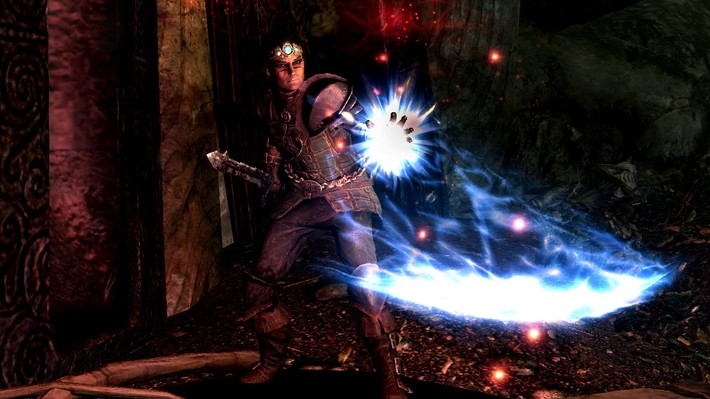 Throughout my entire playthrough, I imagined, Saint Alessia entering Skyrim in hopes of reuniting the Stormcloaks with the Empire, which she built. However, to make things interesting, I chose not to enter the Civil War. As I imagined, doing so would grab the Thalmors' attention and make them realise that Saint Alessia (the one who created the Empire itself), that and the politics in Skyrim during (and after) the Civil War is quite... Messy to say the least.

But what I did do, was keep under the political radar (no becoming Thane (except for Whiterun (couldn't avoid it), help out the people of Skyrim - those who are left to deal with their loved ones going to war. 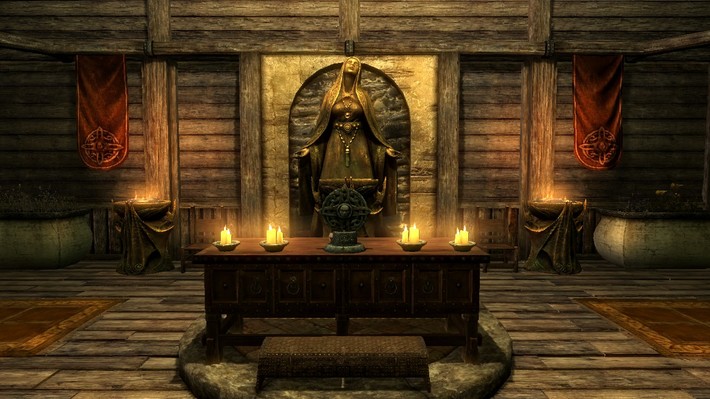 Live soberly and peacefully.
Honor your parents, and preserve the peace and security of home and family.

I want to thank;
-Pixel, for once again, creating an amazing Event.
-Aysleph, for thinking and adding the idea to the Event

Oh, for those of you wondering, the usage of the Turn Undead, Sun Spells and the Silver Sword, is a little Easter Egg that I created. As back in Oblivion, in the Aylied Ruins, they are generally infested with Skeletons, Zombies, Ghosts and Wraiths (both of which can be killed with either a Silver/Daedric weapon, Spells or an enchanted weapon).