I had several false starts with this contest. A priest of Arkay, a humorous disgruntled employee of the Ideal Masters, but all of them felt wrong. To me they didn't encapsulate the theme of Gods and Mortals in a way that to me, really spoke of the lore and power of the Elder Scrolls Universe. So because of that and an ongoing ordeal with the university I attend, I withdrew from the competition. Only to be brought back, because I decided to do what I always do when the going gets tough in my life, I turn on Skyrim and I play him.

There are no words to describe the effort I'm about to undertake and the significance it has for me as a builder and creator of content. Because, well, he was the first. A Requiem playthrough that inspired a saga of a fanfiction that has been published in Steam, The Skyrim Blog, The Skyforge and other locations. Created in 2014, he became easily my most beloved character and has stood the test of time and many edits. His story in Skyrim is in direct synergy with the Contest's theme, at least I think it is, and so... 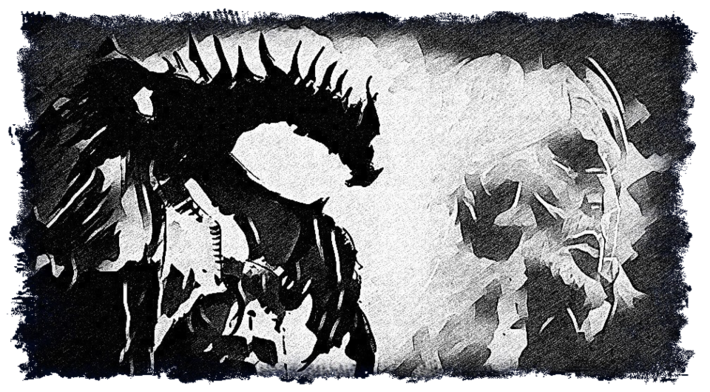 In what we would call a very, very rough draft, mostly to organize my thoughts. I'll be using this post thread to go through gameplay in my brain, try out art, try out concepts. They may or may not work and feedback is always appreciated. I may not finish this build in time for the Contest, in fact I doubt it. I tend to work very slow and careful. I did image work today and already I have 33 processed images that are related to the build thematically that I need to cull. Find the best of the best, so to speak. It's pretty insane, but I enjoyed processing them so far. I wasn't expecting so much reddish tones, but at the same time, red is the color of blood and of the red diamond. And yes, that is Yggdrasil up there. The Turning Wheel deals thematically with cycles of life, love, death and renewal. I thought the symbol relevant. 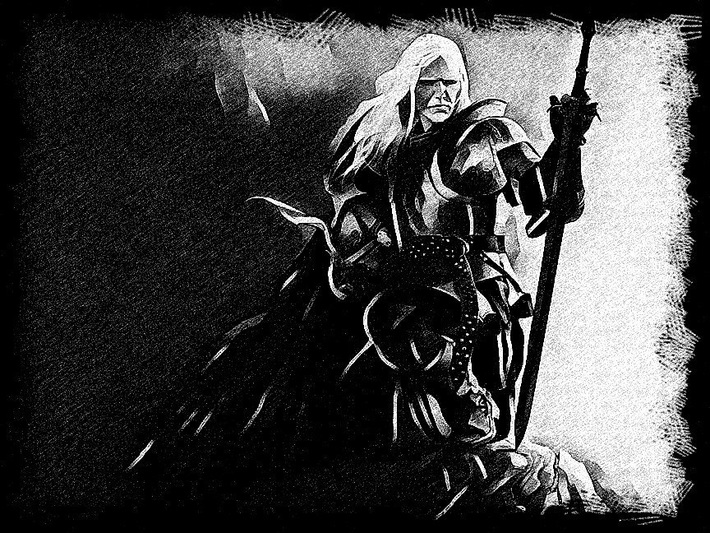 My goal for this is to create a narrative build that will take you on Aelberon of Dusk's journey, from his beginnings in Helgen through the events of my fanfiction, Straag Rod (The Turning Wheel). Straag Rod proper is divided into roughly three books, each featuring a central questline(s) with smaller side quests for flavor. All three books feature distinct themes, but they also have an overlying arc. That being said, I'm not putting the whole darn fanfiction in this thing, that's too long. It is, ultimately, a build, a synergy of gameplay and roleplay that is designed to give a player the experience of actually playing Aelberon of Dusk, but it's still a build. This is not my first build with such a narrative scope. The Outsider and the Winter Bear, both also have this feature and gods willing, if I'm succinct enough, I don't anticipate the build being longer than The Outsider was, give or take, though because of Adamant and Mysticism, I will need to explain more.  I'll probably link to the fanfiction and possibly put up a timeline here to aid people in puttin his story in context. I will either do a short backstory in the beginning or opt out of a backstory proper, this is a narrative build, the story is throughout, so I may opt to tell it in smaller chunks throughout.

Required Mods - He was originally a Requiem playthrough, but for accessibility across platforms I'm going to use Adamant, Mysticism, and Mundus. Also, any mod that enables you to have sun spells without joining Dawnguard, your preferred mod that gives you flexibility with skin tone, eyes, and hair. He definitely has a look. A mod that either turns one of the Vanilla dogs into an essential Husky or Elianora's mod that includes the actual Koor.

Recommended Mods - Smilodon + Realistic Patch, Morrowloot, Morroloot micsellanie, Better horses (or a horse mod of your choice), the dog mod from the Winter Bear (I need to look this up), Wintersun faiths of Skyrim (for extra religion).

Difficulty - Expert (if you play with the realistic patch, which is quite crazy), Master without the patch.

Race - Altmer. You could argue for a Snow Elf race since his mother was descended from Snow Elves, but she called herself an Altmer. The distinctive Pale Elf look can be created with any character creator you have. I use to run Race menu on PC. As a priest of the Order of Auri-El (at least that's how he starts), they are required to have long hair.

Dragonborn - yes definitely, this is crucially important for his progression.

Shouts - I have a list, I just don't feel like posting it yet. I will be avoiding cruel or deceptive shouts or any shouts that pertain to souls. He will certainly favor the elements due to what he actually is.

Lycanthropy - YES! but for a limited time and unperked.

Standing Stones - Standing Stones will taken at various stages during the gameplay because in Straag, Aelberon discovers that he can, in fact, activate them all. So standing stones are going to be a fluid concept designed to enhance, or hinder gameplay depending on the stage within his narrative. Standing stones to be used for this include The Warrior, The Lady, The Apprentice, The Atronach, The Lord, and The Serpent. His birthsign in the fanfiction is the Serpent.

Blessings - Shrine blessings will also be fluid to reflect the deity's sphere of influence over the course of his narrative. We will also be taking advantage of Adamant's Pilgrim perks in the Restoration tree. I don't have Wintersun, so I may be using this thread to ask questions about it, so I can put the mechanics into his gameplay. Deities to be emphasized over the course of his journey; Auri-El, Mara, Stendarr, Hircine, Kyne, Molag Bal, Vaermina, Boethiah, Azura, Meridia, Hermeus Mora, Shor, Akatosh, and Talos. Some will have a positive relationship with Aelberon, some a neutral, and others an antagonistic relationship. 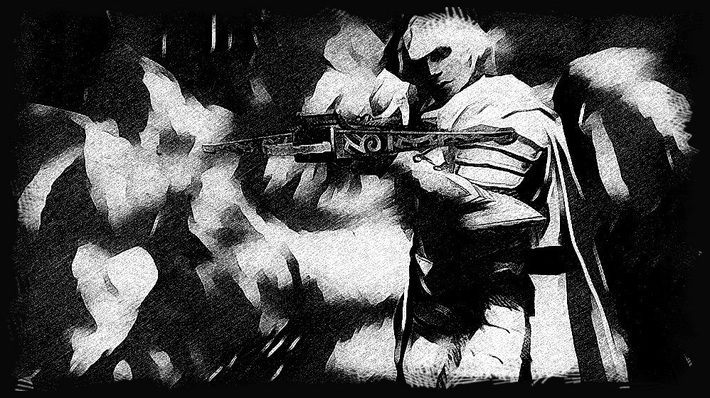 Skills - Skills are going to be manipulated throughout the game. He starts with one set of skills and as he ages (it takes him almost three years to go to Sovngarde), his skills morph. Stable skills include Archery, Restoration, Heavy Armor, Conjuration, Smithing. Fluid skills include One-handed morphing to Two Handed, and Block later augmenting Restoration. This will be accomplished using the perk switching that happens once you defeat Miraak. I'm also debating the switch from Heavy Armor to Light armor, but I am not a fan of most of the light armor sets in the game. Unperked skills include Speech, Alteration, and Lockpicking.

Crafting - just smithing and not the entire tree. He has religious issues with enchanting and he can't understand alchemy. You will cook and badly. :D

Perks - This will be complex since I've got a very different version of Adamant than most other do. For clarity, I may opt to have two spreads, one for PS4 players and one for PC and Xbox. While I have a list of perks for the other platforms in a google doc, I may ask some questions on occasion.

Spells - I've not finished his playtest yet, so I've yet to really see what Mysticism has to offer. It looks really interesting so far. What I am very interested in doing is recreating his Mysticism and Restoration skills in the narrative. I don't think the ESO second era templar spells are possible, but who knows what's on the Nexus.

Powers - there are a lot. He's going to be undergoing a change that will be illustrated with various powers and shouts. I may be asking around if there are mods that let you shout more than once, but it's not a big deal.

Stats - Are also going to be manipulated. I'm in the middle of figuring out proper ratios right now. Magicka and health are perked until he becomes a lycanthrope, then you'll switch to stamina and health. Once cured, we go back to magicka and health.

Gameplay - He plays like a combat archer (no sneak) and a spellsword, but acts like a Knight, Priest and a Crusader. It's actually pretty flexible and fun because he does need to tank and have skills.

Quests - This is very general. More side quests will be included.

Things to do - Well, darn near everything. The art is a little unorthodox and I'm trying to decide if I want to use it. I like it, but it's a little different than what I was planning. Has an almost graphic novel or painting feel. This is going to take me forever. Hand holding and hugs will be greatly appreciated. You all know that when a WiP goes up, I'm definitely trying to sort it through it all still. More than likely, this will be my last build, as I'm feeling my age in this type of content and life circumstances are requiring much more of my time. Why not go out with a bang though, am I right? I'm also warning you right now, it's going to get weird. I am really delving into the theme of the contest, so that'll result in weirdness. I'm enjoying his test so far. Thanks for looking and thanks for reading. :D 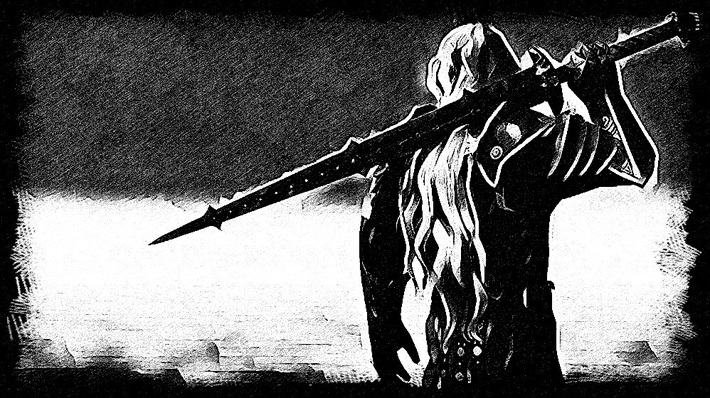