Greetings and salutations everypony. Welcome to my entry in the Sky Forge's first (and hopefully not last) contest. This build actually started a fair bit before the contest was officially announced, but overall, it fit. Welcome to the tale of an Orc reaver, a silver tongued blade, welcome to…. 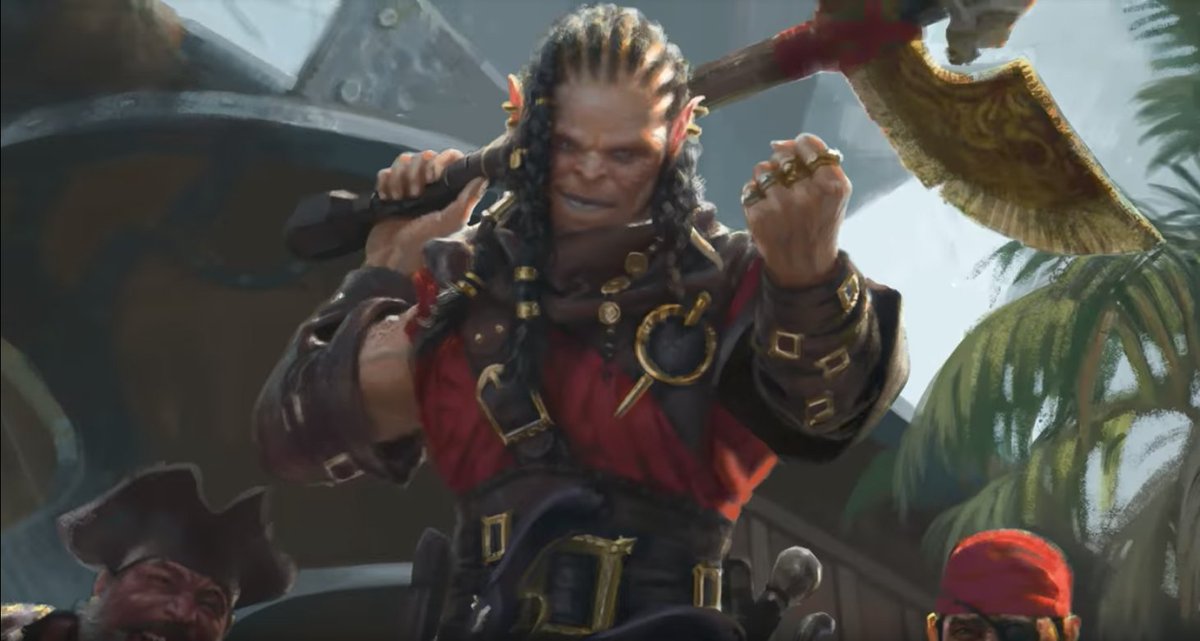 I was born to a clan of Stone Orcs, we lived by the seas. Led by my pa, Captain Bluddflag, we pillaged and plundered the coastal cities and ports of Tamriel. When stray cannon fire blew me pa to bits, I, being his eldest son and first mate, took up his captain's hat, and then gleefully gutted the Bosmer that had killed him. After a few more raids, I was a recognized Freebooter*

*Addendum from translator. Freebooter (pronounced Free-boot-ah) appears to be a Stone Orc term for a clanless Off, specifically those who apply their grades as pirates, or mercenaries. Freebooters have been hired by numerous factions in various wars throughout history. 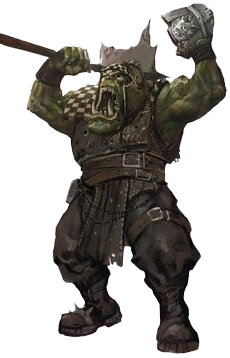 Race: Orsimer of course. No ifs, ands, or buts about it. This seadog is a hardy Greenskin through and through. Their starting skill bonuses, all except for Two-Handed, really help. Plus, Berserker Rage is excellent as either an "Oh shit!" Button, or if you just wanna go ham on your foes.

Stat Spread: 1/2/4 in Magicka, Health and Stamina. With the enchants on our gear, you won't need to invest much in Magicka, roughly cap it at around 200 or so. Health will cap at 250.

Standing Stones: Any of the three basic Guardian Stones will do for starting leveling. Eventually, you'll want to swap it out for the Ritual. While this character, Fear, Courage, and Rune spells aside, ain't much of a sorc, the thought of raising old Morgaash's victims was too useful, and fun, to pass up. Great meat shields. 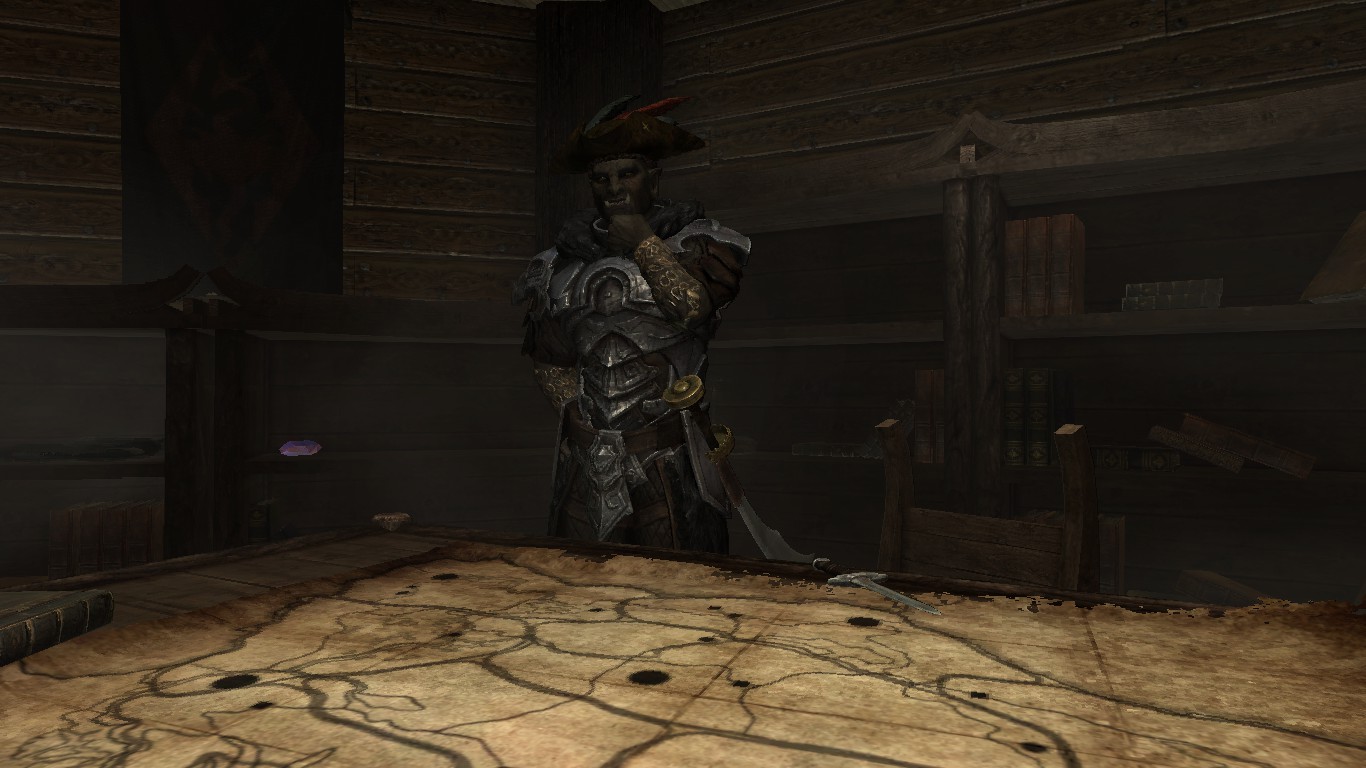 Now dens, where's to raid next? Maybe them High Elvsies in Auridon have restocked theirs coffers?

Archery-Used, in this case in the form of a Dwarven Crossbow, to not only give my Freebooter a form of ranged damage, but also for ambushing foes alongside runes.

One-Handed-Your primary form of damage dealing. While he may not be a swashbuckler in the truest sense, IE he doesn't use a shield, but he still carried the time honored pirate tradition of dual wielding two swords.

Enchanting-My favorite crafting skill. Used to bolster any failings in our defense, offense, etc, especially on higher difficulties/modded playthroughs, and of course give our gear unique names.

Destruction-Used for Runes, primarily fire for the added DOT, as well as the occasional Whirlwind Cloak to get some breathing room.

Lockpicking-I roleplayed this not as a sneaky, stealthy skill, but rather, as old Morgaash grabbing a sharp piece of metal, or his sword, and either prying/beating off the lock. Plus, Golden Touch and Treasure Hunter are perfect for loot hungry characters.

Speech-While the Freebooter isn't the most literate of Orsimer, he's still eloquent enough to get a good bargain when selling his booty to anyone willing to buy, bribing Septim hungry guards, as well as persuading/intimidating his foes.

Illusion-Used two-fold. One for Courage spells on our allies, as well as to get weaker enemies out of the way with Fear spells.

Gameplay with the Freebooter was relatively simple, yet still fun. First off, you'll want to take in your battlefield. While the character may not be the brightest, you'll still wanna take in your surroundings. Are there any things you can use as cover? Are there any chokepoints, like narrow hallways and such? What weapons and armor, if applicable, are your foes adorned in?

Now, here's how combat will begin. Equip your dear crossbow (or how, preferably Dwarven or Orcish if you don't possess Dawnguard), poison it, go into sneak, and fire. Now, unlike other stealth based how shots, not only will you NOT gain a large buff to sneak attack damage due to not perking sneaks but also because this character will rarely get a second chance at a sneak attacks to using nothing less than the wonderful explosive bolts!

Now, once you've gotten a shot or two off, now comes the fun. Pop down a Fire Fine close to your enemies, and use any Magicka left to Fear Spell any peons out of the fight, and then use any remaining Magicka to Courage up your foes, in my cast it alternated between Borgash Steel-Heart, and Vorstagg, pop Bardic Knowledge and Berserker Rage, and charge forward. You'll want to focus on ranged enemies first as they'll constantly harry you, then go on to the big boys, like Mauraders and Chiefs and such.

In regards to dragons, as the Freebooter ain't going past the Thalmor Embassy, then your best bet will be to use the fire/Frost proof rocks and trees of the province to your advantage, taking potshots at the Dov until they land.

Now, while one may think it's impossible to block and bash via dual wielding, there IS a way. First used, as far as I know, by Soneca the Exiled's Swordmaster, and it's quite simple. As he/she put it, simply block with a One-Handed weapon then equip another in your left hand through your favorites menu.

Quest wise, aside from the Main Quest, which I didn't complete, the only ones i really did were Dawnguard (for Crossbows), Thieves Guild (stopped after Gulum-ei. Used for fences, as well as the various Hold special requests, like Summerset Shadows), No Stone Unturned (About as bad as the Return to your Roots, for a bigger chance of gems, usefulness for crafting Salts for explosive bolts), The Dark Brotherhood (For Windshear, Septims, and of course the Katariah and Emperor's Robes) Rise in the East (Bump off competition) and Civil War (I switched whenever I could, eventually went with the Imperials.) 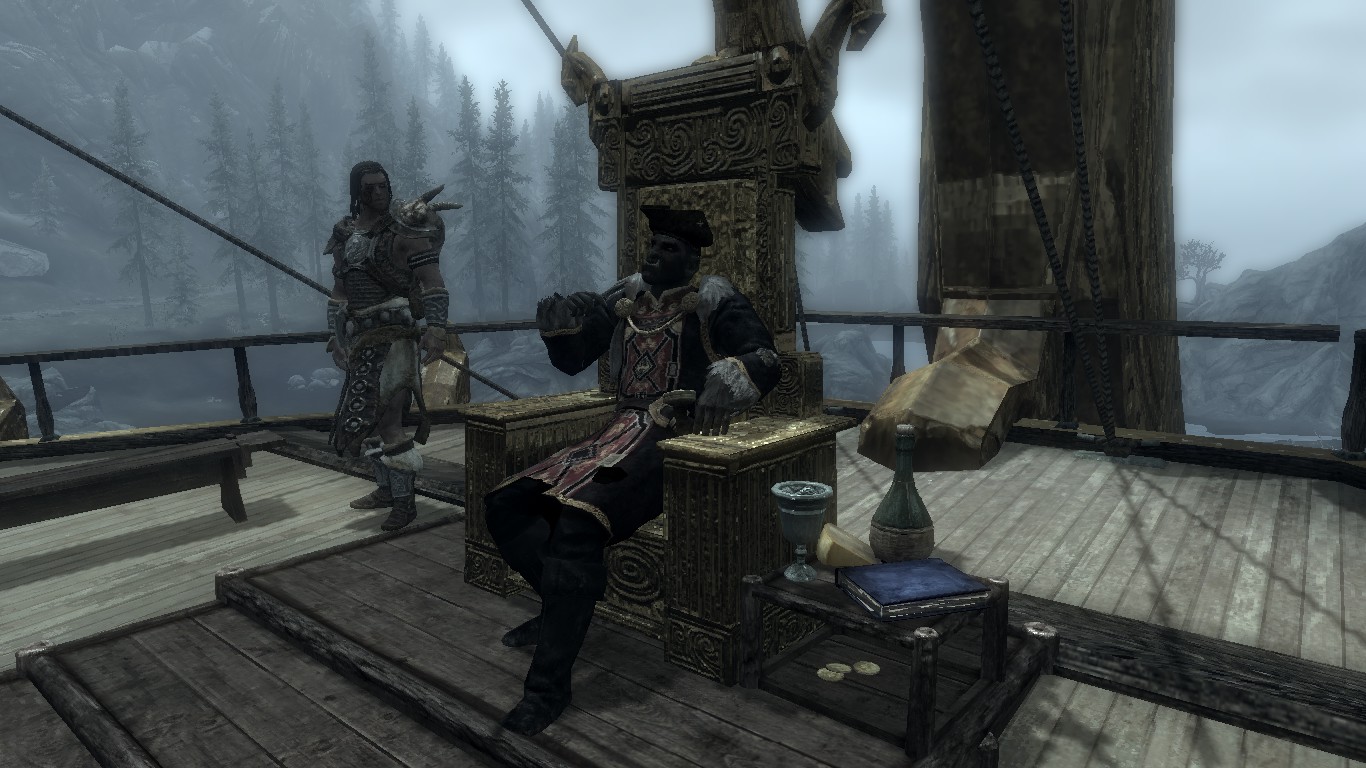 Nothin beats killing the humie Emperor like sitting in his throne wearing his robes, eh Vorstagg? 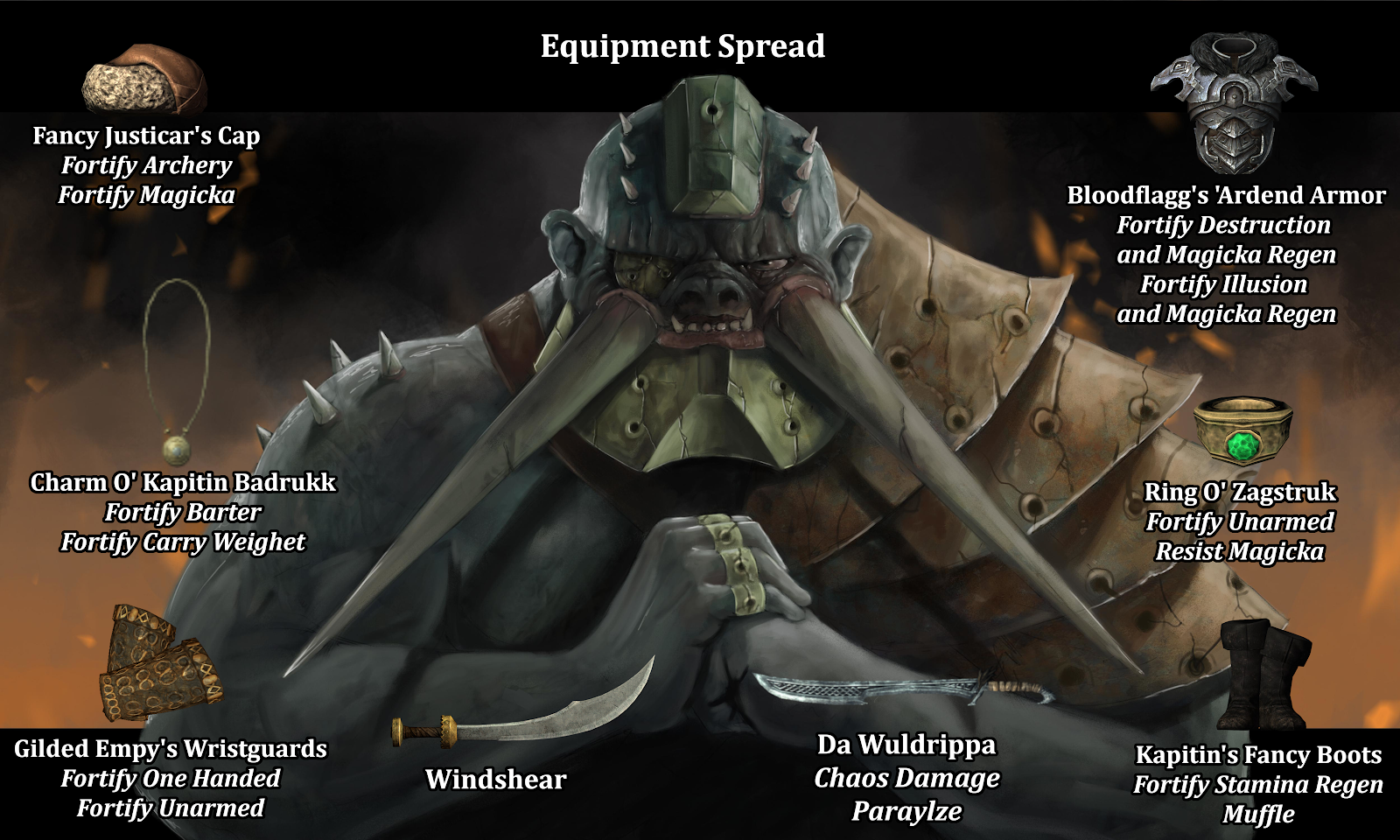 *Prior to getting the Emperor's Robes, use the Wedding Dress you get for Vitoria, which you'll only use in non combat areas.

As usual, thanks to Lee Fiskilis for the awesome screenshots, equipment spread, and perk spread. Also, thank you, my dear reader(s), for checking my out entry to the Pirates contest. Good luck everypony!